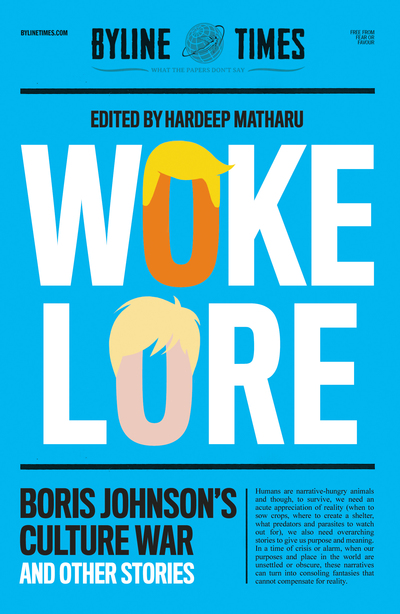 Politics | Campaigns
It’s happening. Wokelore - The Johnson Culture Wars & Other Stories is at the printers and will be shipping to supporters as soon as the ink is dry.
FEATURED REWARD
$30  + shipping
486 pledges

A copy of the first edition paperback original 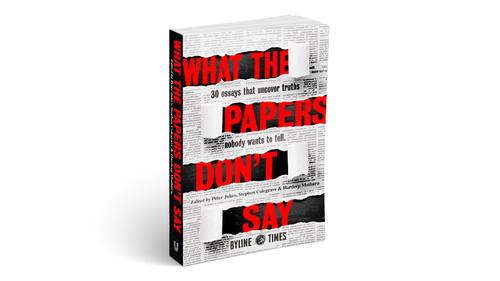 A digital copy of the book in your chosen format

Don't Be a Mug

A copy of the first edition paperback plus a limited edition Byline mug. 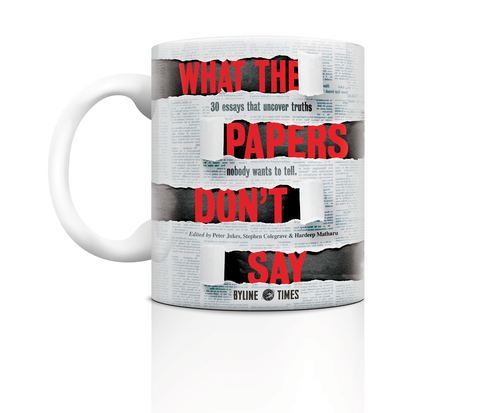 A copy of the first edition paperback plus a book plate signed by the Byline team.

Two copies of the book with signed bookplates for each of you.

A copy of the first edition paperback plus your name displayed as a patron on the back of the Byline Times for 12 issues.

A copy of the first edition paperback plus a your name displayed as a patron on the front page of the Byline Times for 12 issues.

Editor for a Day

A signed and dedicated copy of the first edition paperback plus day spent helping the editorial team put an edition of the paper together ending up with a supper near their office in Southwark, London.

Become one of the book’s main patrons, listed on a special page at the front of the book, with multiple signed copies to gift or share. (Limited to 5).

You are entitled to your own opinions but not your own facts.

Wokelore is a thought-provoking collection of articles, essays and stories you won’t find anywhere else in the mainstream media. From the new independent and fearless newspaper, Byline Times, it will transport you from 1970s Europe to Putin’s Russia, from the days of empire in Kenya to Brexit Britain, shedding light on Trump’s America and exposing the UK’s disastrous handling of COVID-19. It will cover race, identity, disinformation, populism, journalism in crisis, threats to our democracy and more – each piece offering a fresh take and new ideas.

This is the first book project from Byline Times, a national daily news site and newspaper that was launched in March 2019, to expose ‘what the papers don’t say’. Not afraid to tell you the truth, Byline Times follows the story wherever it goes – whether that’s on disaster capitalism and the hedge fund backing of politicians, Russian interference abroad, Islamophobia at home or Brexit-driven nationalism that threatens to break up the UK. Byline Times doesn’t want to tell you what to think, but show you what’s happening.

If you believe journalism should be part of the solution not the problem, this book is for you. By pledging for it, you are pledging for truth – and supporting a media revolution that is desperately needed.

A copy of the first edition paperback original

A digital copy of the book in your chosen format