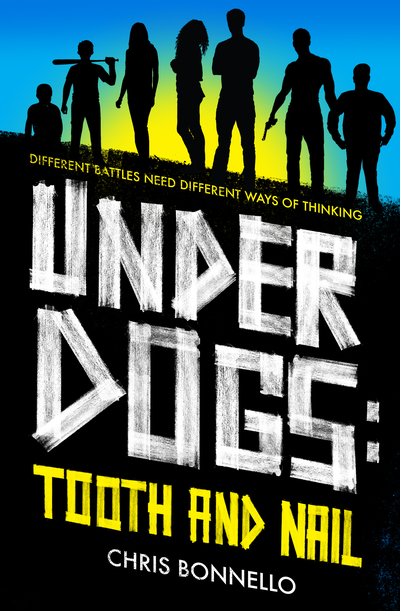 Shortlisted for The Guardian's Not the Booker Prize, 2020.

"A singular achievement -- a taut, thrilling, fully-rendered vision of dystopia. Bonnello's pacing and action will keep you on the edge of your seat." – Steve Silberman, author of Neurotribes.

"A fantastic twist on dystopia, with edge-of-your-seat thrills and unlikely heroes... I loved it. – Michael Grant, author of the Gone series.


Three weeks have passed since the events of Underdogs. The British population continues its imprisonment in Nicholas Grant's giant walled Citadels, under the watchful eye of innumerable cloned soldiers. The heroes of Oakenfold Special School remain their last chance of freedom.

As a result of their last mission, Grant has been forced to speed up his plans for Great Britain and beyond. Ewan, Kate, McCormick and the rest of the Underdogs must face the horrors of his new research, knowing that it raises the stakes as high as they will go. Failing this battle will not merely result in losing soldiers and friends, but in losing the war entirely.

According to the odds, the Underdogs are near-certain to fail. But they have spent their whole lives being underestimated and did not survive this long by respecting the odds.