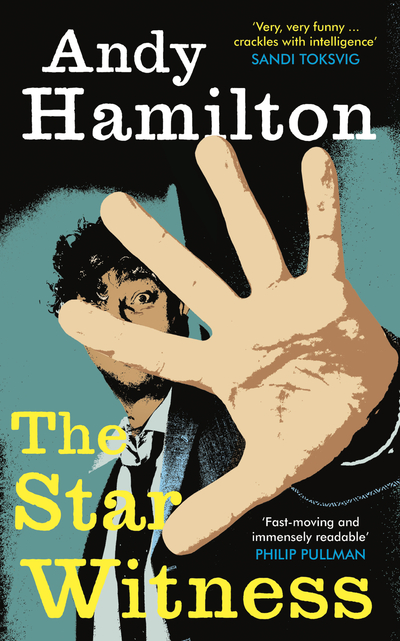 Fiction | Humour
You made The Star Witness a reality. It's available in all good book stores now.
$8
175 pledges

An Evening of Showbiz Gossip (some of it almost certainly true)

An evening in a room above a pub where Andy tells stories from 40 years of employment in the dubious world of showbiz and answers questions on his writing, his life in TV and radio, and absolutely anything else you want to ask him. (No questions on algebra, please.) Max 40 people, London based 20th September, The Island Queen, N1 8HD
$225  + shipping
16 pledges

Andy goes to your house, eats your food, and chats with your guests, plus everything up to the launch party level. Must be in striking distance of South West London.
$1,200  + shipping

A handwritten manuscript of Old Harry’s Game complete with coffee stains and Andy's notes, plus two tickets to the launch party, signed 1st edition hardback, ebook edition and your name in the back of the book

He’s coasting through life in the same semi-detached, slightly smug way he’s always done, when he makes the first in a series of mistakes. One poor decision leads to another and things go from bad to very much worse. The national treasure finds himself the subject of vitriolic press attacks and a police investigation, and so much public loathing he begins to wonder if he has any chance of receiving justice.

That probably sounds quite dark, which it is. But in the hands of a comic master like Andy Hamilton, it is also consistently hilarious. As the story of one self-regarding man’s journey back to joining the human race it keeps the reader guessing to the very last page. But its also a pin-sharp satire on the shallows of modern media culture and the dysfunctional relationship we all have with the idea of ‘celebrity’.

Helping to fund The Star Witness gets you a ringside seat as a master craftsman pulls all the threads of his story together. And your name in the back. Better still, there are chances to join Andy for an evening of gossip above a pub, to attend a swanky Unbound launch party (also probably above a pub), or even have him to crash one of your own dinner parties - check out the pledge options opposite.

1st edition hardback and the ebook edition
View all 7 rewards