The playlist and places that made me a runner 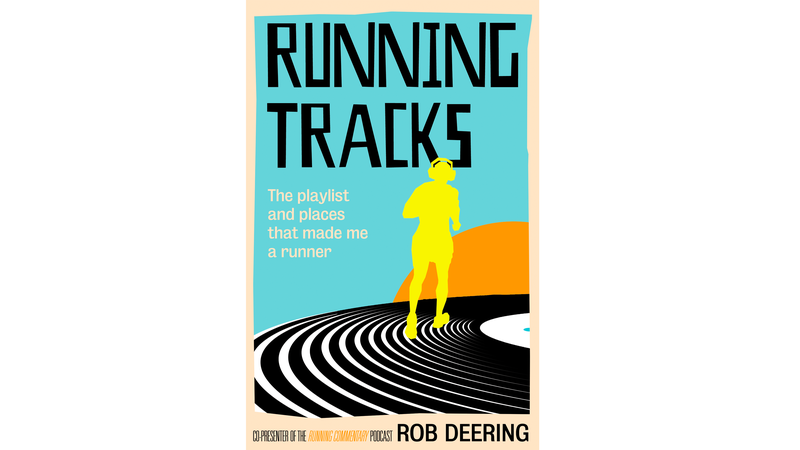 Autobiography | Humour
The edits are done – you can still pre-order but your name will not appear in the book.
$15
23 pledges

The ebook edition
Pre-order this reward

Tell Rob where you live/ work/ play and he will map a run for you in your local area. Plus everything at the Collectable level. 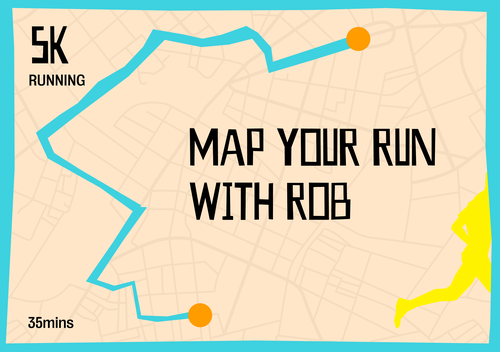 You (and a friend) can go for a run and a chat with Rob, in London or a town of your choice (Rob's travel expenses not included), plus two signed books and everything at the Collectable level.
$30  + shipping
143 pledges

A first edition paperback copy, and the ebook 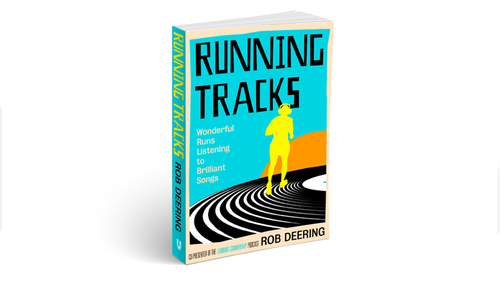 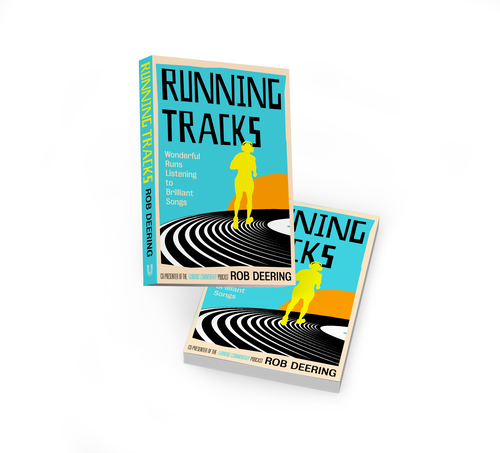 An exclusive Running Tracks cotton tote bag to carry your running kit and your copy of the book, and everything at the Collectable level. 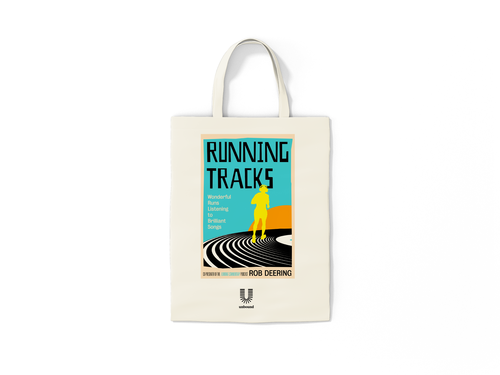 Rob will create a bespoke, twelve song playlist for you, based on your tastes, your running needs and your history, and including an original song of his own. Plus everything at the Collectable level. 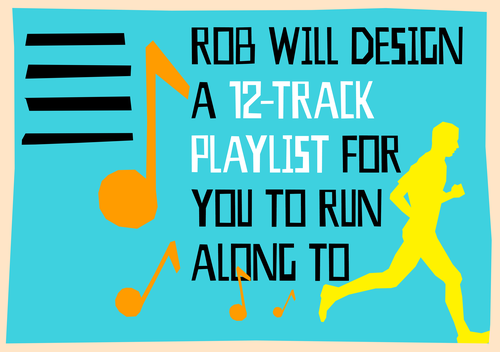 Help with your best man's speech or other public speaking challenge from Rob, a stand-up comedian and host of The Comedy Club. Plus everything at the Collectable level.
$300  + shipping
1 pledge

Two tickets to one of Rob's gigs anywhere in the country (date and venue tbc), plus a run with Rob, two signed copies and everything at the Collectable level.
$750  + shipping

Two tickets to any or all of Rob's UK gigs for a year following publication, plus backstage passes and drinks and two signed copies of the book. Includes everything at the Collectable level.
$POA  + shipping

If you’re a brand or company and you’d like to show your support for this project, please contact Unbound to arrange a supporter's package to suit you, which could include your company's name on a special page in the front of the book, a package of signed books and an exclusive speaker event. (Only 1 available)

Rob Deering has been listening - really listening - to music his whole life, but it was only in his mid-thirties, when he was already a successful Comedian, Husband, Father-of-two and recovering Fat Bloke that he found running.

In this collection of vividly conjured and amusingly told memories, Rob looks at the moments and the places where his life changed and - as he became more and more obsessed with getting his trainers on and getting out there - the part that music played in the process. Imagine Haruki Murakami’s What I Talk About When I Talk About Running spliced with Nick Hornby’s 31 Songs - but in Rob’s distinctive voice - and you’ll have an idea what Running Tracks is all about.

This is first and foremost a defence of running listening to music - pretty much everybody out there does it, but it’s still regularly dismissed by ‘proper’ runners. Rob’s adventures in running have spanned four continents, over a dozen marathons and raising over £100,000 for Parkinson’s UK - not to mention a thousand trots through the parks and along the pavements of whatever city comedy takes him to of a weekend - and he’s never without his trusty little headphones, and his ever-growing, wide-ranging, carefully chosen personal playlist.

What makes the perfect running tune, and why is that sometimes exactly the opposite of what you need to hear? What’s the difference between marathon training in Hong Kong and hungover plodding in Southampton? How can a muddy path, a relentless downpour and a song from a kids’ movie lead to a transcendental experience?

It’s all in here, as Rob unpacks the surprise moments thrown up by this hugely popular, nearly perfect, sometimes preposterous activity. Running Tracks is always fun but powerful too, as the meditative state of a musical run connects the dots between youth and - whisper it - middle-age, being a child and being a parent, grief, and falling over in poo.

Rob’s beloved late father Barney had Parkinson’s, and the fund-raising continues; when it is published, Rob will donate 50% of his share of profits from sales of this book to Parkinson’s UK. 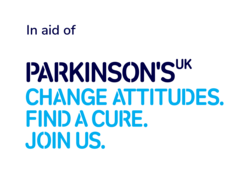 A signed, first edition paperback copy, plus the ebook
View all 12 rewards