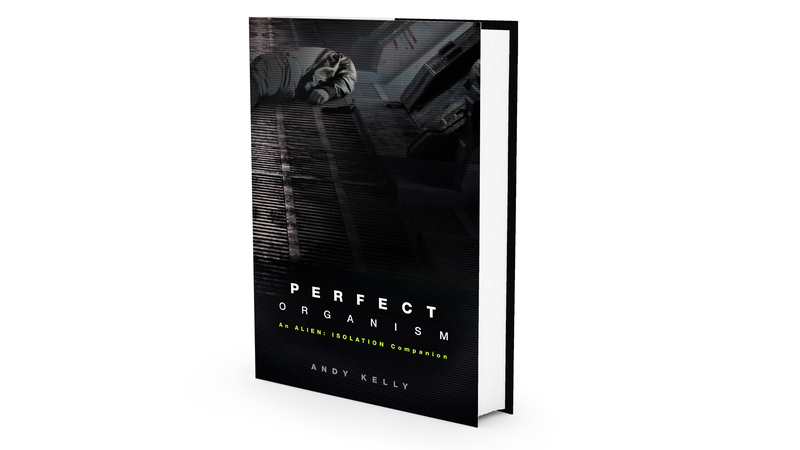 The ebook plus your name printed in the supporters list at the back of the book. 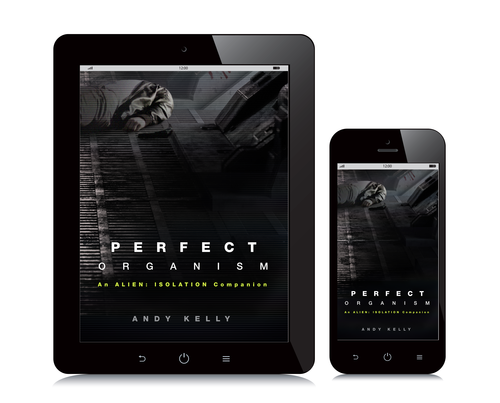 First edition hardback, the ebook plus your name printed in the book as a supporter.

Signed first edition hardback, the ebook plus your name printed in the book as a supporter.

Two first edition hardback, the ebook plus your name printed in the book as a supporter.

Two signed first edition hardback, the ebook plus your name printed in the book as a supporter.

Podcast: Why Alien: Isolation is the scariest game ever made. A one-off audio podcast by the author about why Alien: Isolation is such an effective horror game, and why even the best examples of the genre pale in comparison. Plus two signed first edition hardbacks, the ebook and your name printed in the book as a supporter.
Choose this reward
$90  + shipping
2 pledges

Bonus digital chapter 1: The Lost Intro An extra chapter sent digitally focusing on a dramatically different intro sequence that was cut from the game during development, revealed via files left in the code. Plus two signed first edition hardbacks, the ebook, the podcast and your name listed as a supporter.
Choose this reward
$100  + shipping
11 pledges

Bonus digital chapter 2: The Book A review of the official Alien: Isolation novelisation by Keith R. A. DeCandido, and how it differs from (and occasionally contradicts) the game. Sent digitally. Plus the bonus Chapter 1, the podcast, two signed first edition hardbacks, the ebook and your name listed as a supporter in the back of the book.
Choose this reward
$225  + shipping
14 pledges

Your name listed as a Patron at the front of the book. Plus the two bonus chapters, the podcast, two signed first edition hardbacks and the ebook.
Choose this reward

An unofficial guide to the greatest horror game ever made.

I've been obsessed with Ridley Scott's horror masterpiece Alien for as long as I can remember—and I mean really obsessed. Most people watched the movie and moved on with their lives, but the dark, claustrophobic corridors of the USCSS Nostromo, and the shadowy extraterrestrial horror that haunted them, never left me. I've spent decades devouring books about its production, poring over behind the scenes photos, set blueprints, and interviews with the cast and crew, and digging out every new scrap of information I can find. I won't stop until I know everything there is to know about this movie.

I'm not alone. There's something about Alien that makes obsessives out of people—including The Creative Assembly, a British development studio who, in 2014, not only created the best horror game ever made, but the best Alien game ever made. Inspired by the distinctive retro-futuristic aesthetic and oppressive atmosphere of the 1979 original, Alien: Isolation is a game I always dreamed someone would make. It was created by a dedicated team of artists, writers, and engineers—and, crucially, Alien superfans—who were just as hopelessly enthralled by the source material as me.

But why write an entire book about it? I can't think of many games I could write tens of thousands of words about, but that's what makes Alien: Isolation so special. From the art direction, AI, audio, and music, to the level design, user interface, characters, and locations, this is a game of remarkable depth, complexity, and detail. After multiple playthroughs and countless hours spent researching it, I've amassed a huge amount of knowledge and insight about every aspect of the game—and I want to share that with you. I'm just as obsessed with it as I am with the film, and this will be evident on every page.

Here's what you can expect from the book.

1. Introduction
An introduction to Alien: Isolation, my own personal obsession with the game, and how Perfect Organism functions as a companion to it.

2. A Brief History of Alien Video Games
A look at the history of Alien video games—the good, the bad, and the terrible—from the early '80s up to the present day.

4. Beginnings
The story of the game's creation—including its origins, how it radically changed during development, and the history of its developer, The Creative Assembly.

6. Structural Perfection
A closer look at the xenomorph itself, from its visual design to the terrifyingly intelligent, reactive AI that makes it such a formidable adversary.

7. Crew Expendable
Biographies of every character, from the main cast to barely glimpsed extras—who they were, why they were on the station, and what happened to them.

8. The Story So Far
Absolutely everything you need to know about Alien: Isolation's story, including where it sits on the series' larger timeline and how it connects to the films.

9. Mission Guide
A detailed, in-depth analysis of the entire game, level by level, including trivia, easter eggs, design observations, and other insightful commentary.

10. Alien Revisited
A close look at two bonus missions which painstakingly recreate locations and scenes from the 1979 movie, and reunite the original cast 35 years later.

11. The DLC
A breakdown of the downloadable missions that were released post-launch, how they connect to the main game, and what they reveal about the story.

12. What Ripley Did Next
A look at what Amanda Ripley got up to after surviving Sevastopol, as documented in follow-up comic books and mobile-only sequel Alien: Blackout.

13. Mods
How dedicated players have broken the game's code apart and modified it, including building their own levels and making the xenomorph even deadlier.

14. Legacy
A look at the game's legacy, its critical reception, and the various ports that have been released over the years—including a nightmarish fan-made VR mode.

First edition hardback, the ebook plus your name printed in the book as a supporter.

Signed first edition hardback, the ebook plus your name printed in the book as a supporter.