By Kristian Brodie and Adam Shakinovsky

An anthology of true stories about life-changing music

A copy of the first-edition paperback book, signed by the editors, the ebook and your name in the back of the book. 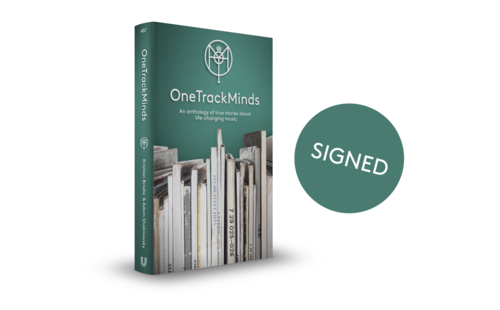 Get your hands on an extremely limited edition T-shirt designed by the wonky pen of OneTrackMinds Alum Steve Chapman (aka Stevexoh). Plus everything at the Collectable level. 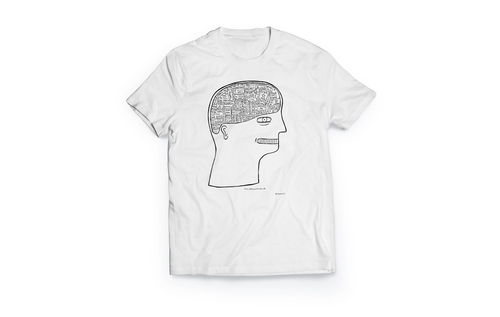 A copy signed by all 25 performers and editors, plus everything at the Collectable level.
Only 20 available 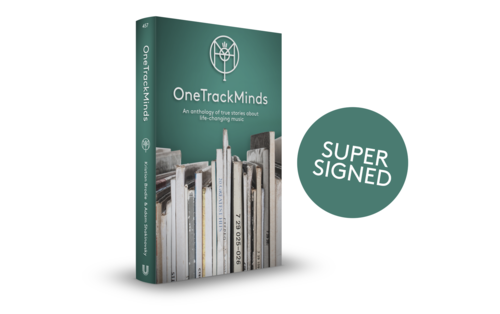 People say talk is cheap, but at £5 a pop this is going to feel like the Bentley of thank you’s as we trumpet your name from our twitter account in gratitude
Pre-order this reward
$25  + shipping
135 pledges

A copy of the first-edition, paperback book, the ebook and your name in the back of the book. 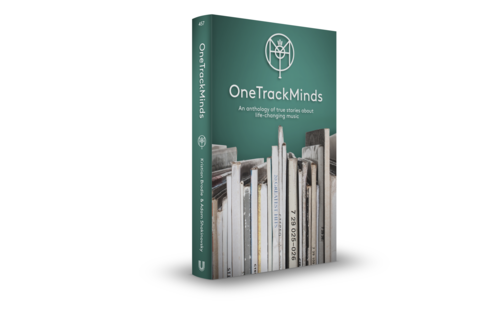 Two first edition copies, two ebooks and two names in the back of the book. 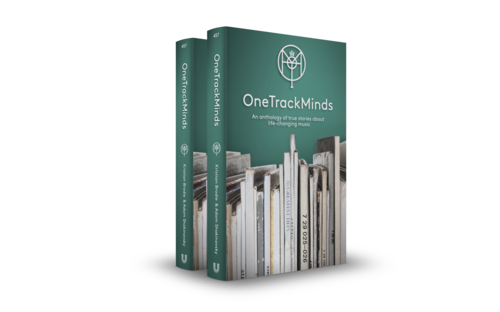 Would you like to learn how to find, develop and tell your own story? There’s nothing quite as exciting or challenging, and this way you get to do it with a guide. Over the last few years we’ve seen over 200 stories and workshopped plenty of them. Take an exclusive peak at the secrets that make our audiences light up with this Storytelling Guide PDF.

Get your hands on a limited edition print of Steve Chapman’s marvellous T-shirt design, signed by the artist. Only 50 available. 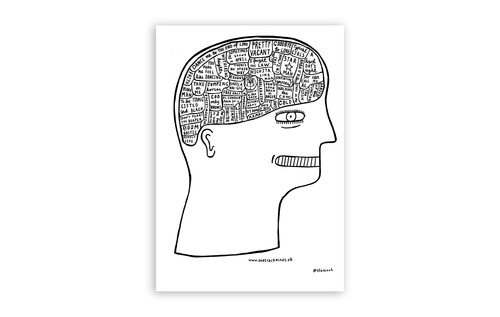 Incredibly limited edition poster. In a few decades your grandchildren will inevitably ask you where you were when OTM started, long before it became an iconic London institution. When that moment comes you can point to this playful poster, nod sagely and whisper, “ I was there. I was there.” Even if you weren’t, let them try and prove it!” 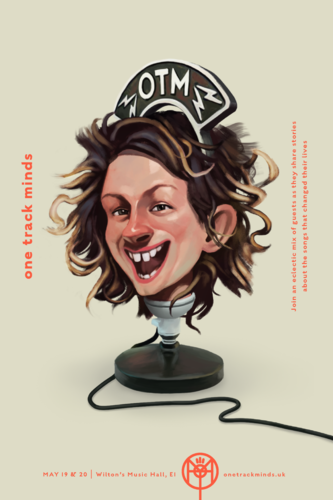 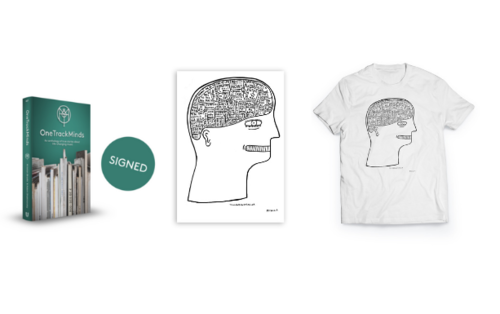 Enough about us! Tell us about you! What do you think about us? Joking...It’s coffee, it’s casual, it’s your two favourite OTM producers sitting down with you for a cuppa and to put the world to rights. Life, the universe, music, and maybe even a biscuit. [Coffee to take place in London or over Zoom]

Between them they’ve produced award-winning feature films and worked with John Malkovich and Anjelica Huston. They know at least one thing (or two) about telling stories on screen. At this reward level, Adam and Kristian will provide detailed feedback on your feature film or TV script (up to 120 pages).

The perfect gift for you or a friend. With exercises and guidance galore, help propel your creativity to the next level with this virtual Creative Writing session.

Backstage passes and drinks for you and a friend to any one of our shows. Meet the storytellers face to face. Includes everything at the Collectable level.
Your travel/accommodation not included
Only five available 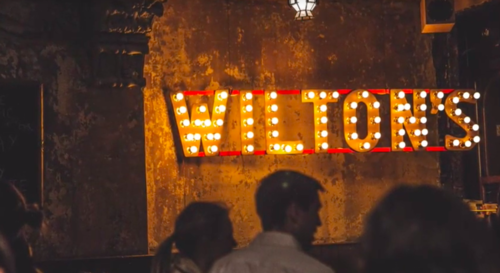 Just because we can’t all sit in the same room, doesn’t mean we can’t have a nice time. With the power of zoom, Kristian and Adam will prep, record and host you in a OTM podcast of your very own. They will guide you every fun step of the way and, at the end, you will join the OTM Hall of famers like Katie Melua, David Suchet, Deborah Frances White and many more as one of our alumni. Your own episode will be delivered to you in a digital format for posterity.
This episode will not be broadcast as part of the official OneTrackMinds podcast
Only 5 available

Kristian and Adam will come and speak at your business/home/in a field socially distanced about OTM, the ideas and principles that make the show work and some of our favourite stories. Go on, treat yourself. [Author's travel not included]

Your name in pride of place right in a special section at the front the book, plus ten signed copies and everything at the Collectable level.
Only 10 available
Pre-order this reward
$7,500  + shipping

London’s most intimate storytelling event might get one step more cosy. We’ll travel to you with four storytellers and put on a show just for you and your friends. Includes up to ten signed books, your name in a special section at the front of the book, and up to ten ebooks.
Anywhere in the UK. OTM team's travel/ accommodation not included 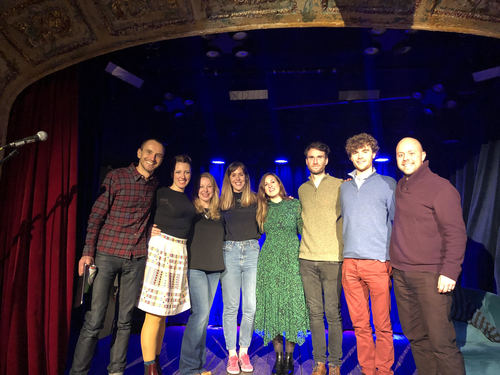 Music has the power to change our lives. It can inspire our greatest creations. It can salve our deepest wounds. It can make us fall in - or out of - love. It can be a window into another's soul.

Based on the hugely popular live storytelling shows - a cross between The Moth, TED Talks and Desert Island Discs - OneTrackMinds is a collection of incredible and compelling answers to the question 'what was the song that changed your life?'. 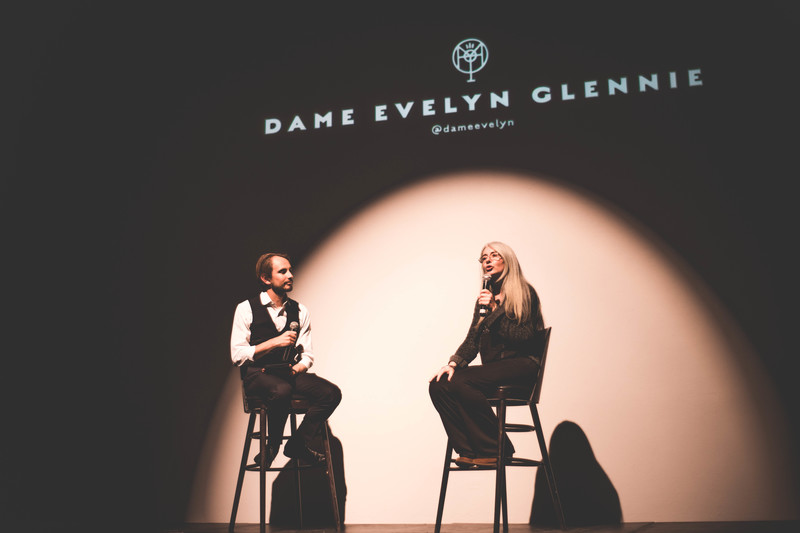 Featuring contributions from the likes of Peter Tatchell, Joe Dunthorne, Patrick Gale and Jemima Foxtrot, as well as some of the most exciting emerging storytellers in the UK, the book will be a combination of some of the best stories we've heard on the live show, as well as newly commissioned stories written specifically for the book.

Taking a similar approach to the hugely popular series of compilations published by The Moth, OneTrackMinds is an entertaining, ever-growing, musical guide to the best of what makes us human.

100% of all author profits will be donated to support the amazing work done by Samaritans, and all contributors have waived their writing fees.

A copy of the first-edition paperback book, signed by the editors, the ebook and your name in the back of the book.

Get your hands on an extremely limited edition T-shirt designed by the wonky pen of OneTrackMinds Alum Steve Chapman (aka Stevexoh). Plus everything at the Collectable level.