By Jonathan Coe and Chiara Coccorese 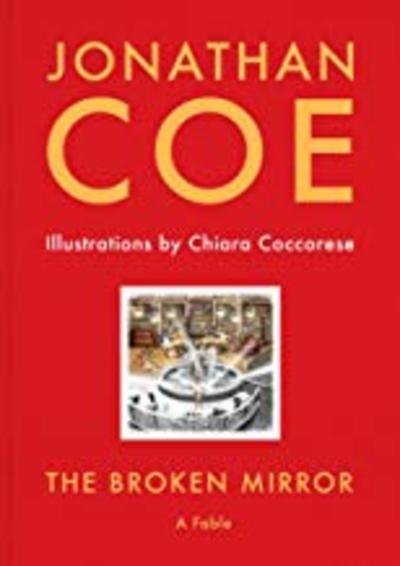 Fiction | Women
You made The Broken Mirror a reality. It's available in all good book stores now.
$30  + shipping
122 pledges

A signed numbered CD of Jonathan's Unnecessary Music album which inspired the book, plus, plus signed 1st edition hardback book and your name in the back of the book
Only 50 available
$150  + shipping
6 pledges

Signed and hand-numbered strictly limited 1st edition hardback book in a slipcase, two tickets to the launch party, signed print of the cover art and your name in the back of the book.
Only 10 available
$1,500  + shipping

Your name listed in the front of the book thanking you for your donation, signed and hand-numbered strictly limited 1st edition hardback book in a slipcase, two tickets to the launch party, signed print of the cover art and your name in the back of the book
Only 4 available

The Broken Mirror is a collaboration between award-winning English novelist Jonathan Coe and the distinguished Italian artist, Chiara Coccorese.

Jonathan originally had the idea for the book when he was in his twenties, but couldn’t find the right form in which to tell it. Many years later, it was a visit to an exhibition of Chiara’s paintings that finally unlocked the story. What emerged from their collaboration was a fable which quickly outgrew its original shape. Through the device of the broken mirror, the story traces Claire’s passage into adulthood and shows us how it is our imaginations that really shape our lives. Like all the best fables it can be read with equal pleasure by adults and children.

The book was originally published in Italian in 2012. For its first English edition, Jonathan has chosen to work with Unbound to produce a book that is beautiful and unique as the story it tells.