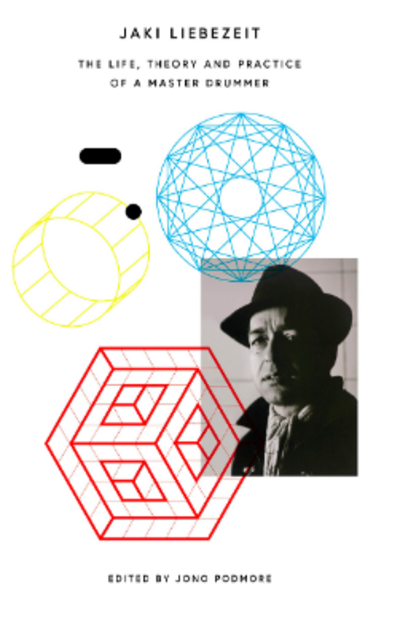 Jaki Liebezeit is remembered as the groove and power behind Can, but he left another legacy – a complete practical theory of drumming.

This theory, often referred to as E-T after the Morse code symbols for dot and dash, is based on natural principles of movement that Jaki observed during his lifelong ethnological research into drumming. Producer Jono Podmore and journalist John Payne had been pestering Jaki for a number of years to write his theory down, but he always replied he’d do it when he was too old to play the drums. That never happened – his last gig was just weeks before his death on Jan 22nd 2017. Shortly after Jaki died Jono and John contacted Jaki’s drum group Drums off Chaos and long-term collaborator Burnt Friedman to see if the complete theory could be pieced together before it was lost or corrupted. Fortunately the basic principles had already been transcribed, and with the help of Jaki’s widow Birgit Berger and discographer Bryan O’Connell, we’ve been able to amass a comprehensive overview of not only the drum theory, but also Jaki’s profound theoretical and practical vision as applied throughout his life.

· a full biography with exclusive, previously unpublished material, identifying themes and trends in Jaki’s life that manifested in his thinking and playing
· an explanation of Jaki’s E-T theory
· an in-depth discussion with Drums Off Chaos introducing the technical and craft aspects that were the expression of the system
· an exploration of the philosophical aspects of Jaki’s work and outlook
· an overview of Jaki’s selection of drums and percussion, highlighting his modified and hand-made equipment
· the first ever complete discography of Jaki’s recordings
· a selection of illustrations including previously unseen photos of Jaki and reproductions of his own artwork.

Jaki was a scrupulously ego-less man and we are careful not to beatify him, or worse promote ourselves on the back of his work. All proceeds from the book will go to Jaki’s estate, to be used to fund future creative ventures based on his thinking.