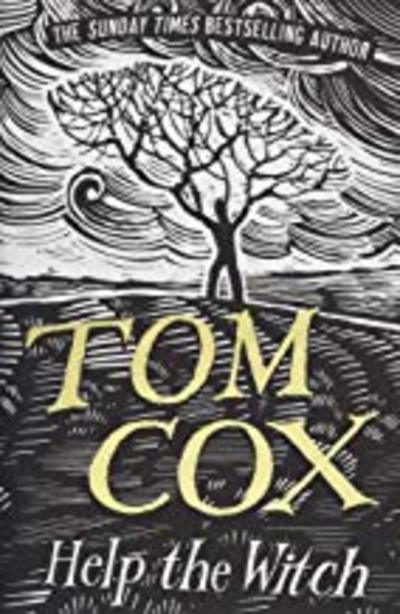 A collection of ghost stories and the fiction debut from the Sunday Times bestselling author of The Good, The Bad And The Furry and 21st Century Yokel.

I’ve never, to my knowledge, lived with a ghost but I did go to school with a few. The primary school I attended as a pupil and where my mum taught was a Victorian building in central Nottingham, all high ceilings and thick exposed pipes: a building that still seems unusually large and factory-like now, but was impossibly vast to me as a seven or eight year-old. My mum often stayed late, making art for displays, which meant the only three people in the building were her, me and the janitor. The building had been used as a hospital in both World Wars, teachers and pupils often talked about how heavily haunted it was, and while I waited for my mum to finish her work I amused myself by hunting in every echoey room and little-visited storage cupboard for evidence of the supernatural. In the winter of 1984, the janitor, a broad polish man named Bill with a shaft of light in the corner of each of his eyes, told me that after everyone went home, the soldiers who had died here in the 1940s came out of their hiding places and walked the corridors in sad silence - many of them missing at least one limb. It took a few weeks of hoping and searching until I saw one myself, and the sighting was brief: a faded figure in uniform, something between air and skin, ducking around the corner of a stairwell. Nothing else happened. He was almost half there. Then he was gone. I was thrilled and talked about little else for weeks.

Of course, as a near sceptic, I now doubt my pre-pubescent eyes. My imagine was so riotously strong at that age when it came to anything involving spectral appearances, that I could easily have willed the soldier ghost into being. Earlier that year I’d found a book of ghost stories - Tales For The Midnight Hour - in my classroom and memorised each one. For the following few months, I found myself awake every night, watchful and alert, unable to sleep until the midnight hour was over. I memorised spooky tales, embellishing them, and retelling them to my classmates, eventually making up a few of my own. And then, at my uninspiring Secondary school, I became a less bookish kid, being led astray by sport and eventually messing up my exams, but even in that setting I would still host my own minor literary ghost talks, somehow managing to hold the attention of my fellow delinquents. I now realise that the storyteller part of me - and the impulse to unsettle people slightly through storytelling - has been there for a long, long time.

21st Century Yokel - the non-fiction book I have just published, the first book I funded through Unbound - was the book I’d been wanting to write since my early to mid 20s, but had to wait 17 years until I was capable of doing so. Help The Witch, my first work of fiction, is different: it’s the book I have been wanting to write since I was nine. It’s full of subjects I’ve been yearning to tackle for years - subjects that I knew only fiction would allow me to fully open my imagination’s floodgates and write about properly. But I think its material has also benefited from the passage of time and, as a collection of ghost stories, it is very different to what it might have been, had I hurled myself into it at any point in my past. I am writing it as a sceptic-romantic, someone who is obsessed with the idea of the supernatural but has a lot of practical questions regarding ghosts, yet who also has a lot of questions about incidents in my life that are unexplainable by science or logic (a door, locked on the inside, slamming open on a windless evening in a Dartmoor cottage; a night in an occult shipwrecker’s house, waking up with drawing pins in my legs). I am also coming at it as someone addicted to throwing himself into eerie landscapes: a walker who tramps an average of 45 miles through the British countryside every week, sometimes in fading light, sometimes in no light at all. Someone who - to put it bluntly - gets off on silent holloways, ruined barns, ancient stone crosses on mizzled moorland, smudgey unidentifiable figures on heathery bluffs.

Someone recently asked me what scares me and I realised that, with age, my fear has separated into two distinct types. First, there’s the stuff that genuinely terrifies me: the idea of losing a loved one, the prospect that I might have inadvertently said something that hurt someone’s feelings in a conversation seven years ago, the idea of filling in my tax return. Then there’s another kind of fear: the one I (not really so) secretly enjoy, and the one that dominates this book. The fear of walking through grainy ominous terrain in winter, alone, and wanting to spin around, because you are sure you are being followed. The fear of a chipped, dusty object on your mantelpiece that once seemed to forsage a bad event. The fear of entering a ruined house on a hill that’s been reclaimed by crows and bats. The fear of a space, domestic or otherwise, palpably packed with an accumulation of dark history. Some of these ideas will be familiar to readers of 21st Century Yokel, and, although Help The Witch is a very different book, it follows on in that it is another book entranced by landscape, giddy with Place, the enchanting folklore written in the blood of our land and the power of nature. Trees, hares, old mossy walls, old dumped bottles, are as crucial as - arguably more crucial, at times - the people, and ex-people, in these stories. I must be honest here: some of these ghost stories do not even contain a ghost, or what we think of conventionally as one. I am thinking of them less as a collection of horror stories, and more as a quite diverse collection of short stories, all brought together by a certain Britishness, and a strong element of the unsettling or uncanny. They are as influenced by William Trevor, David Thomson and Annie Proulx as they are by MR James, EF Benson and Robert Aickman.

There is something very apt about the fact that, a day after the funding for this book opens I will be moving back to the part of the British countryside that dominated the most ghost-obsessed period of my childhood: north Derbyshire, just a few hills away from my childhood home, where I walked so much with my family, and whose mists and hills and stark gritstone buildings had such an overwhelming effect on my febrile juvenile mind. And in winter, too. Just down the road from what is known as ‘The Plague Village’. What could be more apt, for the writing of a collection of ghost stories? Derbyshire played an important part of the finale of 21st Century Yokel. One early reader of it astutely remarked that I’d “written myself back home”. Some of these stories take place in other parts of the country but that’s what they are dominated by: Home. I think it’s a good place to explore the thin curtain between life and death and why it fascinates us.

I was initially going to write something bigger than Help The Witch for my tenth book: another first step into fiction, a novel that I’ve had brewing inside me for a while. But in the end, these stories won, mainly by the fact that, for a period of a month, recently, the ideas for them kept coming to me, one after another, in my sleep, not quite in the midnight hour, but the bit after. The darkest part of the night. They will make for a smaller book than my last one, and almost certainly than my next, and I am aware that short stories are less sexy than a novel, but sexy isn’t everything, and there are times in life when everyone has to be unsexy. I want these stories to live, even though many of their subjects will be doing the opposite of that, and I hope that their effect might in their readers’ minds something akin to those conversations between my parents and me when I was little. That after reading one, late at night, you might ask yourself, “Just one more?” Then, after a small protest from yourself, that you might back down, by answering, “Oh, go on then. But no more after that.”