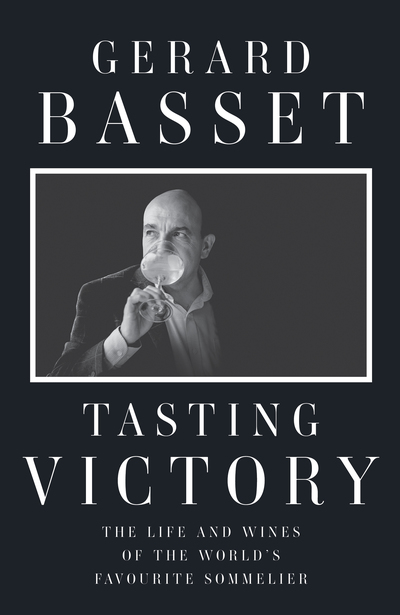 The Life & Wines of the World's Favourite Sommelier

This the memoir of Gerard Basset, OBE, the greatest wine professional of his generation.

A school dropout, Gerard had to come to England to discover his passion. Once he had, he threw himself into learning everything he could about wine, immersing himself in the world of Michelin star restaurants and beginning the steep climb to the top of the the career ladder.

The book charts his business successes, co-founding and selling the innovative Hotel du Vin chain and founding, with his wife Nina, the much-loved Hotel TerraVina. It recounts in detail just how he managed to earn his unprecedented sequence of qualifications. Gerard is the first and only individual to hold the famously difficult Master of Wine qualification simultaneously with that of Master Sommelier and MBA in Wine Business. But it his pursuit of the most important award of all that the book is built around – how, at his seventh attempt, and after a training regime that would shame most Olympic athletes, the 53 year-old Gerard Basset was finally crowned the Best Sommelier of the World—and acknowledged as the greatest sommelier of his generation.

Gerard Basset’s memoir is not only the story of how a champion is made, but is also a record of how fine dining and hospitality changed in England, going from relatively unexciting, to becoming a leader in the world today. The book reveals the secrets of what makes a wine expert, and takes the reader behind the closed doors of Britain’s hospitality industry. Above all, it’s a book about succeeding against great odds: in typical fashion it was when he was diagnosed with cancer of the oesophagus fifteen months ago that Gerard responded by deciding to write Tasting Victory.