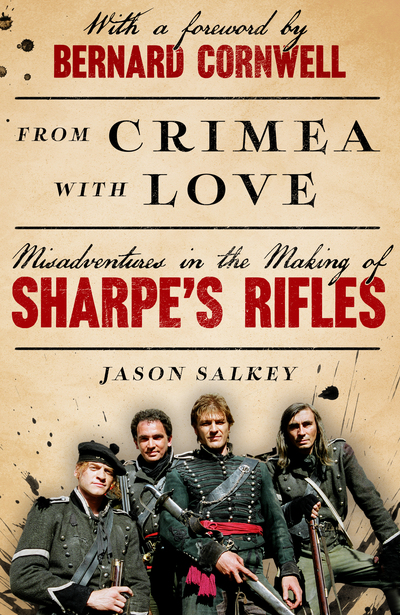 In the summer of 1992, Jason Salkey was cast in a role that would change his life forever. Sharpe’s Rifles, a Napoleonic war drama, was to be shot in the Crimean Peninsula. Little did the producers know that they would be sending Jason and the crew to film in a rapidly disintegrating Soviet Union. There they faced near-starvation and danger round every corner as they set about creating one of Britain’s most successful and critically acclaimed television programmes.

From Crimea with Love documents the mishaps, blunders, incompetence and downright corruption that made Sharpe’s Rifles go down in British television folklore for its unique tales of hardship. Follow the cast through intense depravation and constant catastrophe until they become every bit the jaded, battle-hardened soldiers we saw on screen. Tapping into his diaries, photo journals and video log, Jason brings you an eye-opening, jaw-dropping insider’s account of one of the best-loved shows ever made.