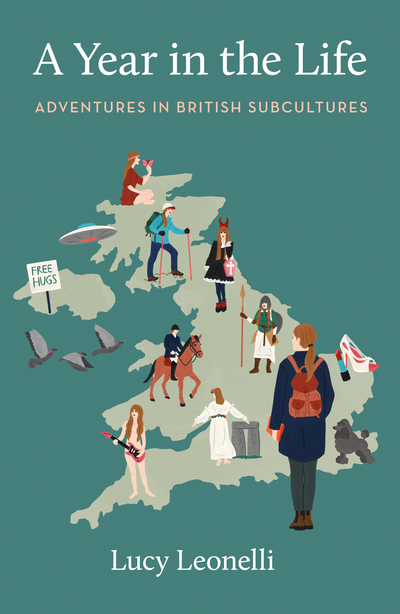 Humour | Travel
You made A Year in the Life: Adventures in British Subcultures a reality. It's available in all good book stores now.
$15  + shipping
132 pledges 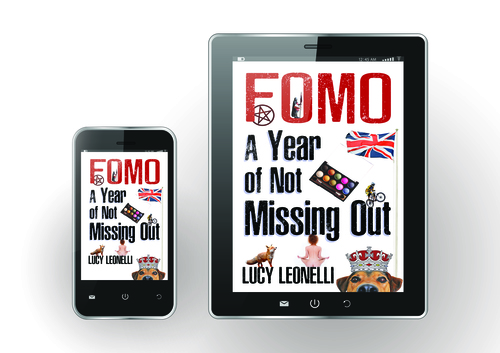 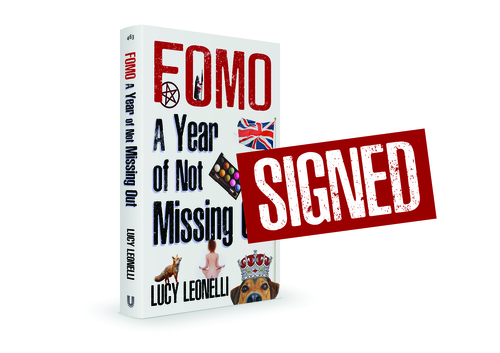 Can't decide whether or not to do the thing? Worried you will miss out on doing the thing if you do the other thing instead? Cure your decision paralysis with your very own FOMO dice

A USB full of interviews, recordings and videos from Lucy's travels.

Lucy has been asked to change the names of some of the people (or animals) she's met during her trip - so why not pledge to give them your name instead? We'll name a character after you, a loved one, or your dog/cat!

How the f*** can I do something like this? (60 minute Q&A skype to help you get the balls for a similar project)

Invite to the book's launch party in 2020, and meet the characters

Reading/talk with your book club/class/party, dressed in a costume of your choice from the book (excludes naturist birthday suit and vampire latex costume)

I will present to your team in person, sharing adventures and lessons learned as an inspirational value-add to the team

Your name printed on a special page at the front of the book to thank you for your support.

I will lead a half-day sales workshop, utilising both my FOMO writing and professional sales experience, including research methods, cold reach-outs, creating connections and building rapport

Subculture (n): Subdivision of a national culture or an enclave within it with a distinct integrated network of behaviour, beliefs, and attitudes.

A few years ago, Lucy Leonelli was seemingly on top of the world. She was 28 and had already been made a partner in her headhunting firm. But like lots of people living the corporate life, she’d worked so hard and buried herself so deeply into one world that she was constantly worried she was missing out on life out there. 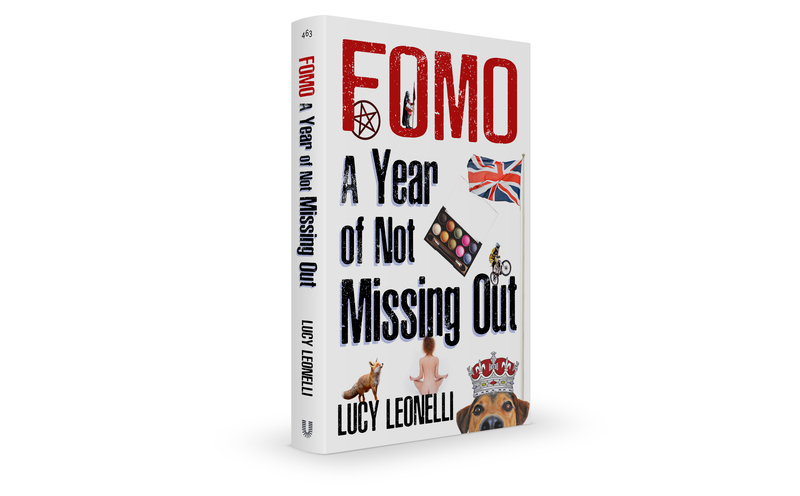 So Lucy did the only reasonable thing she could do: she hung up her suit to spend a year with people who were living their lives as the fullest, most authentic versions of themselves; the secret and little-understood communities of Great Britain.

FOMO charts an adventure in stepping outside of her comfort zone. Using the alphabet as the backbone to her journey, Lucy spent a year investigating 26 subcultures, from Aristocrats, Battle Re-enactors and Circus Performers to Xtreme Sport Fanatics, Yogis and 'Zeitgeist' Political Activists.

Over the course of the next year She lived with each group, immersing herself in their social rituals and customs and often finding herself in compromising situations; from swimming naked with lawyers and vets, to casting spells with teachers and IT consultants. Whether dressed in tight latex and drinking with self-proclaimed vampires or fighting the undead in an epic LARP battle, Lucy went deep into communities often heard about, but very seldom seen.

After 6 flights, 11 B&Bs, 6 hotels, 8500 road miles, 200 pints (probably more), 7 letters to the royal family, 13 carefully crafted costumes, 1 quadruple vodka shot (never again), 3 naked photos in the British Naturism Magazine, 1079 speculative emails, and countless pleading Facebook statuses ‘does anyone have any contacts in the ___ world?’, Lucy now has 26 ceremonious ticks on her whiteboard. An A – Z of British subcultures...and you get to read about all of them!