A history of the British Empire told through drink 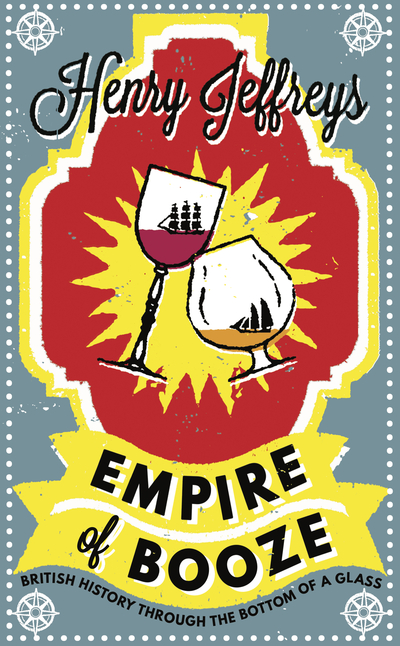 Food & drink | History
You made Empire of Booze a reality. It's available in all good book stores now.
$8
78 pledges

A signed copy of the first edition hardback, plus the ebook.

2 tickets to the launch party, a signed copy of the first edition hardback, and a copy of the ebook.

1 place on a pub crawl around the City of London visiting haunts of well-known London boozers such as Samuel Pepys, Dr Johnson and Sir Kenelm Digby, a signed copy of the first edition hardback, and a copy of the ebook.

Everything in the launch party level plus dinner with a London wine merchant, including some spectacularly rare wines

In the late 1990s I worked for a wine merchant. We were paid very little, but given a thorough education in wine. After a long evening tasting, a favourite topic of discussion was which country’s booze we could not do without. It was during one of these high-spirited arguments that I mentioned that without Britain, none of our favourite wines would exist. What chauvinistic nonsense, my colleagues said. And then we started naming drinks and trying to find the British connection. Champagne? The technology for making sparkling came from England and the taste for a bone-dry wine also came from these shores: without Britain, champagne would have been flat and sweet. Port? Well, the names on the bottles are a clue: Taylor’s, Churchill’s, Smith Woodhouse. We went on to other drinks: rum? Beer? Whisky? All British, I insisted.

How did this small archipelago exert such influence on drinks? Like most cold countries, we have a fondness for alcohol. The Russians have vodka, the Swedes have schnapps and the Mongolians have fermented mare’s milk. The British, however, have a whole smorgasbord of drinks to compensate for the cold, damp climate. This sheer ingenuity in creating alcoholic drinks is peculiar to Britain. Papers were read at the Royal Society in the 17th century concerning how to make wine sparkling. Adventurous entrepreneurs sailed around Southern Europe looking for drinks to ship back home to make their fortune. Later colonists would attempt to ape the classic European wines in parts of the Empire with grape-growing climates.

Without alcohol, the pre-20th century global economy could not function. The thirst of Britain’s burgeoning overseas empire needed slaking, so strong drinks such as rum and India Pale Ale that could stand long hot journeys were developed. Whisky, an indigenous British drink, became the drink of choice for weary empire builders far from home. Is it any wonder that one of the world’s bestselling whiskies, Cutty Sark, is named after that 19 th century symbol of globalisation, the clipper ship? As the dominant power at this time, it was Britain that created the first global drinks. Through the medium of drink, we can chart the rise of British power from a small corner of Europe to global pre-eminence. British culture, literature, science, philosophy and religion also have reflections in the bottom of the glass.

Empire of Booze will be a loose history of Britain told through booze. Each chapter will focus on a drink and a period, but it will also look at how these classic drinks are faring today and will include recommendations so you can drink your way through the book. Britain’s legacy has been much argued over. The lasting gifts to the world of the English language, railways and organised sports are much noted, but I would argue that our greatest gifts to the world are our alcoholic drinks. Every time you order a drink in a bar or visit a wine merchant, you are raising a glass to the Empire of Booze.