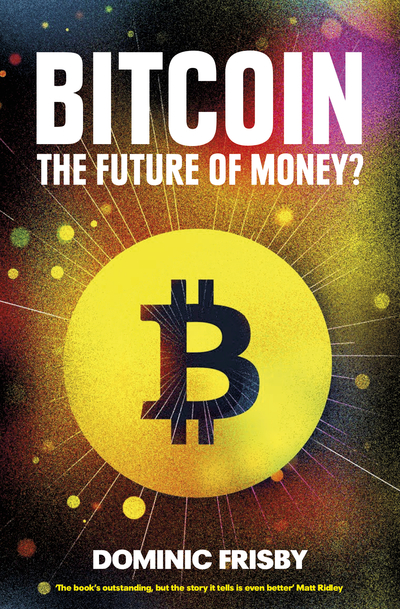 Business
You made Bitcoin a reality. It's available in all good book stores now.
$4
303 pledges

Launch Party at the Groucho Club

You can pledge for this book using Bitcoin. Pick a level, pledge and select "Pay with bitcoin" at checkout.

And, yes, I'm all too aware of the falls in price since we recorded the video!

In 2008 we got the crisis but rather than take the opportunity to make the changes we so badly needed, politicians, under the influence of bankers, chose instead to create money on a scale unprecedented in human history and keep our bankrupt system going.

But at the same time, in a dark corner of the internet, a website was registered by a computer programmer called Satoshi Nakamoto – bitcoin.org. Two weeks later he published a white paper outlining the design for a new 'peer-to-peer electronic cash system, completely decentralized with no server or central authority'.

'It might make sense just to get some in case it catches on,' said Satoshi in his typically understated way. Oh, how right he was.

A year later the first bitcoin exchange rate was published. There were 1,309 bitcoins to the dollar. When I looked last week, there were about a thousand dollars to the bitcoin. Somebody who bought a bitcoin then and held would have made a million times their money!

Bitcoin is a new form of money. Electronic cash. Transactions can take place instantly, anywhere in the world, at no cost, without the need for banks. It has the potential to change the way we transact.

But there's more to it than that. With bitcoin, suddenly the monopoly that governments and banks have on money is no more. That is the basis of the change we so badly need. Bitcoin has the potential to change the world.

My new book tells the story of bitcoin. I explain what it is and how it came about. I’ve secured exclusive interviews with some of the key players in bitcoin’s development, including bitcoin’s number 2. I examine some of the mysteries behind bitcoin - Who Is Satoshi Nakamoto? What are Cypherpunks? I explain how it works and consider whether you should you own some and how. And I consider the vast potential economic, political and social implications. For example, if the United States government loses its control of money - how does it pay or its army?

You’ll be funding what I hope will be the first book on bitcoin from a recognized publisher. I’m determined that it’s the first book on this subject, and with that in mind so we’re working hard to make a swift journey from pitch to publication, hopefully even before the end of spring.

So please pledge and help make this book happen.

Bitcoin – The Future Of Money?