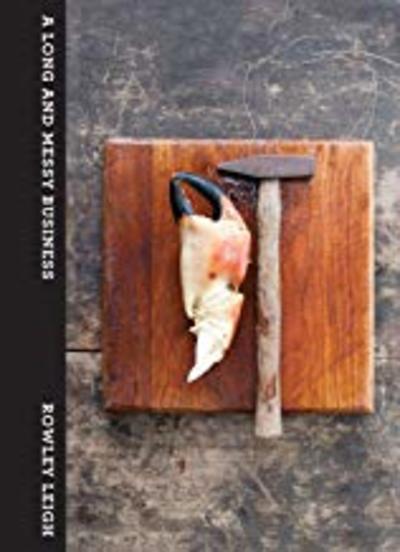 1987 turned out to be an annus mirabilis for modern British cooking. Marco Pierre White opened Harvey’s; Simon Hopkinson launched Bibendum , Rose Gray and Ruth Rogers served their first customers at the River Café in Hammersmith while in Notting Hill Rowley Leigh was busy turning Kensington Place into one of London’s most popular neighbourhood restaurants.

The food he cooked was simple, seasonal and delicious offering a timely riposte to the fripperies of nouvelle cuisine and over the next two decades, Kensington Place and Le Café Anglais that followed it, were elevated to the status of legends. But Rowley could write as well as cook. His columns in the Financial Times were as influential and admired as his food.

It is these columns, produced in collaboration with the photographer Andy Sewell, that will form the heart of this book, the one all fans of his cooking have waited patiently for. It will contain 120 of his best recipes, each of them illustrated by Andy’s photos (unlike most cookbooks all the food photographed will have been cooked by Rowley himself – no food stylists will be harmed in the making of this book). In Rowley’s own words:

“This book is a selection of our work over five years. It is arranged by month because I think that provides a more compelling narrative. Some dishes are starters, some ‘mains’, and some puddings but as often or not they are just something to eat when you are hungry.

I divide those who are kind enough to appreciate my work into two camps. There are those who like my ‘writing’ and enjoy the introductory essays and those who want to cook the food and therefore glance at the essay and scrutinise the recipe. I am very happy for both groups but would make one observation. The essay is an attempt to entertain but the recipe is an attempt to instruct and therefore, as a writer, rather more demanding. What matters in a cookbook is that it, and its recipes, work. I hope that is the case. I have worked quite hard after all.”

He has – and now it’s your turn: help us make it happen and take this once in a lifetime chance of getting your name in the back of a culinary classic.