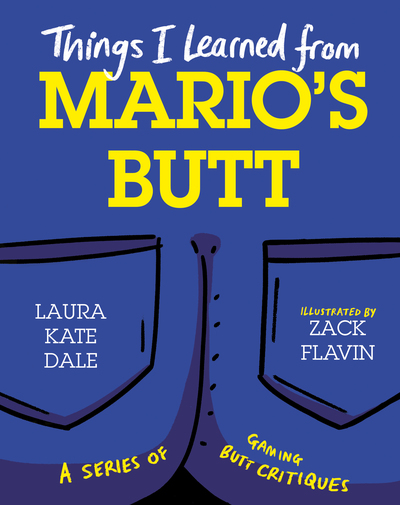 A compendium and critique of the most beautiful, bulbous and downright dangerous video game butts.

When it comes to video game character designs, one of the most commonly overlooked aspects is the buttocks. Sure, we might see tweets when a game launches about how nice a female character's big arse is, or we might giggle at GIFs of farts from time to time, but how often do we as lovers of interactive media stop to really think about the meaning of the butt? 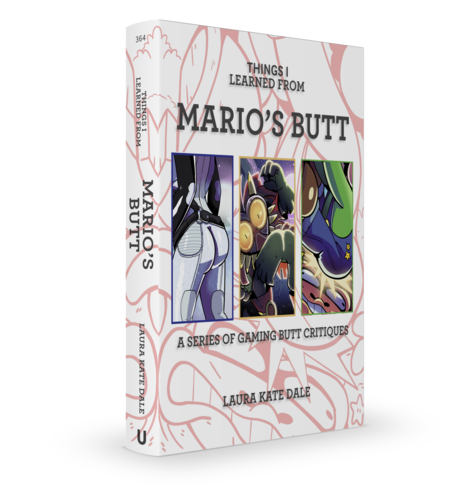 How often do we take some time out of our day to really think about the lore implications of Skull Kid from Majora's Mask shaking his booty, and what that tells us about his chances of redemption, or Miranda from Mass Effect, and the fact that her perfect cheeks are actually a sad reminder of her predestined upbringing? Probably not often enough. 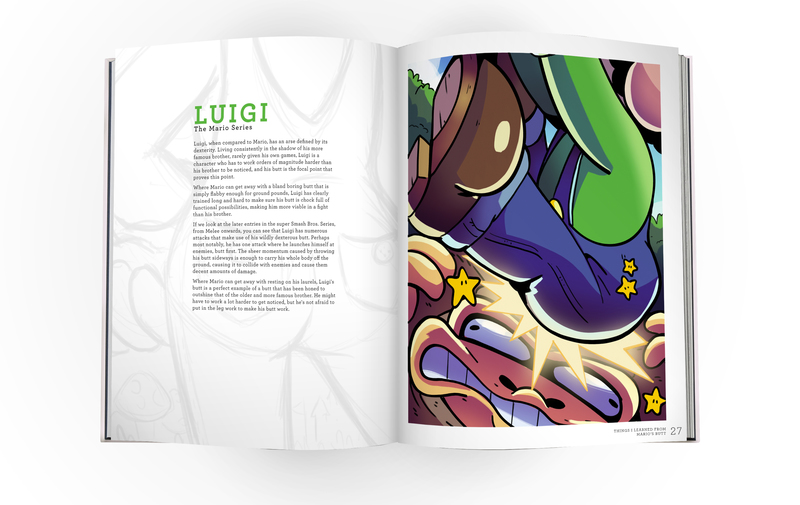 As an author, I have dedicated years of my career to the study of posteriors, from the large to the small, the formless to the toned, and in this book I hope to bring the fruits of that research to you. By the time we're done, you should hopefully know the difference between a but that's attractive for attractiveness sake, and one that's actually narratively informative, telling us something of worth about the person it belongs to, or the world it inhabits. 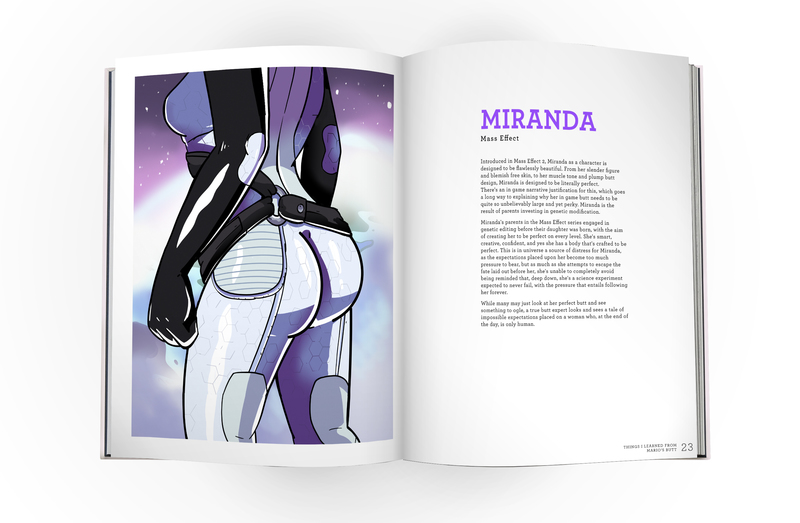 Things I Learned From Mario's Butt is a 40,000 word illustrated coffee table book all about video game character butts. Wedged full of original artwork by Zack Flavin (@FlavinFlve), this book aims to explain why Luigi's butt is so dexterous in Smash Bros., why Ellie in Borderlands 2's butt is the epitome of body positivity, why Miranda in Mass Effect's butt being perfect is actually tragic and upsetting, and so much more.

Featuring interviews with game developers about butts they love and have designed, and guest butt reviews from internet personalities including: 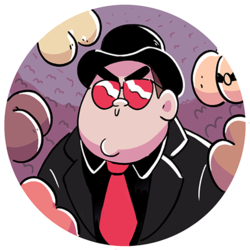 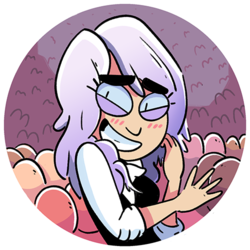 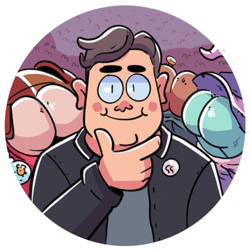 This book aims to give you some butts to giggle at, but also some real deep topics that are butt adjacent to contemplate. Butts can be fun, they can be informative, and they can be downright integral to the games we play.

While the book is still being developed, we currently have a number of our reviews planned out, including but not limited to the characters below: 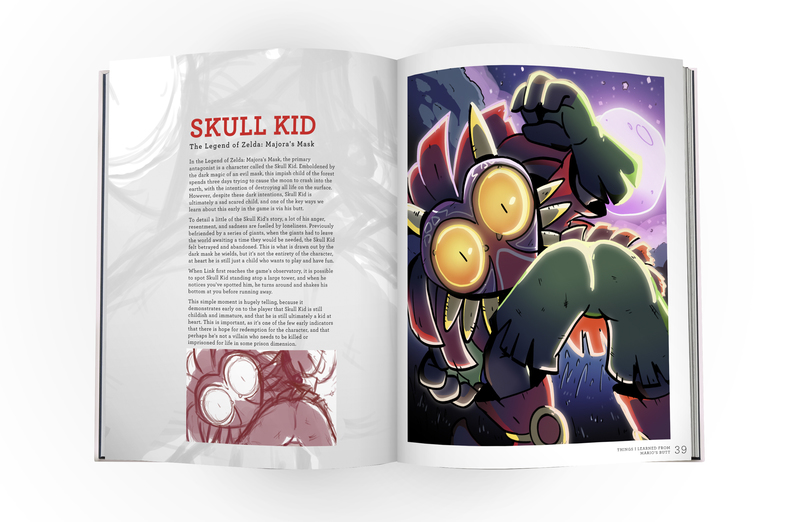 So, with your help and support, let's peak behind the curtain, and get to the bottom of what makes bottoms so important in games. 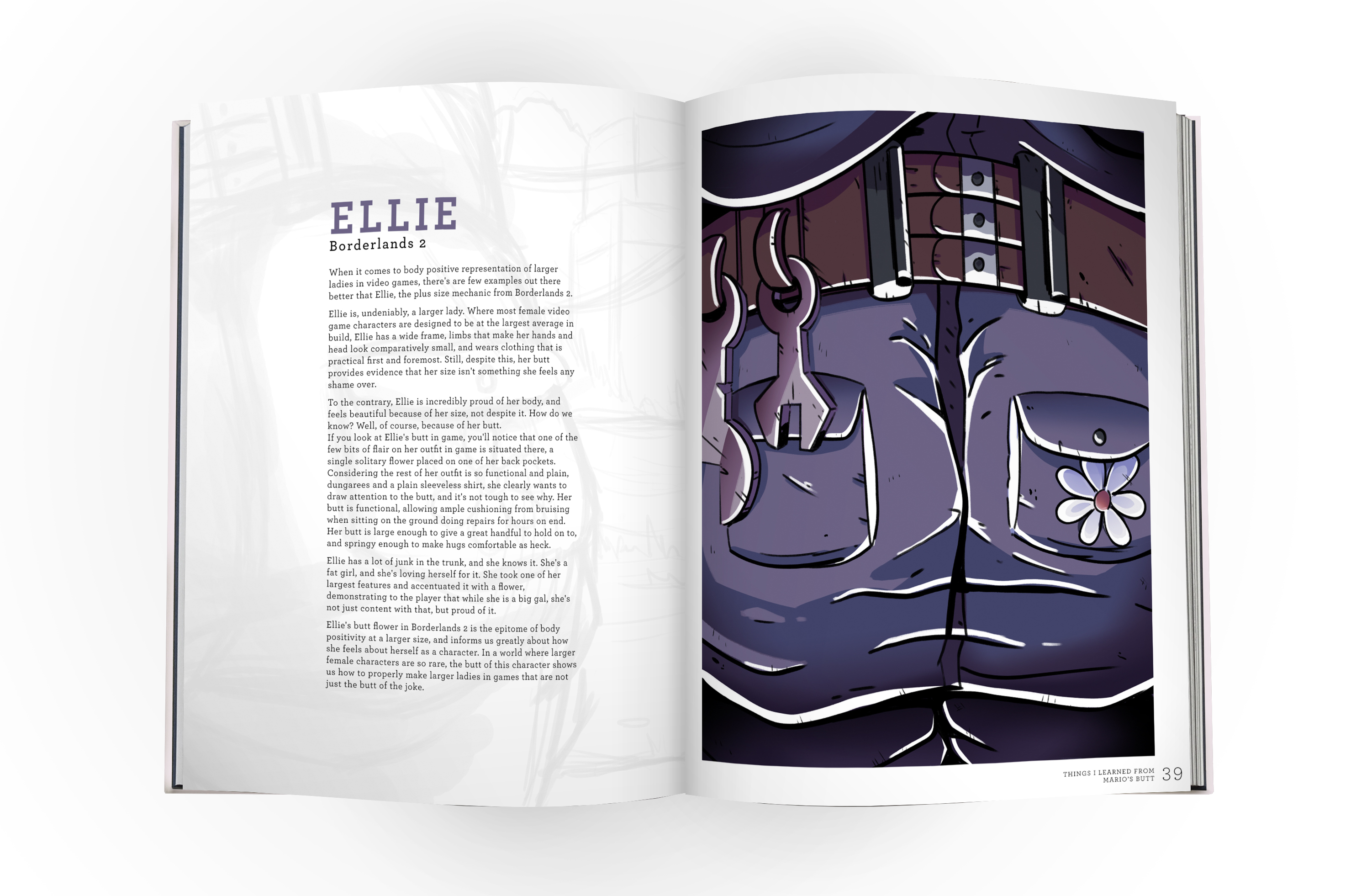 *Book designs and cover are for illustrative purposes and may differ to final design.