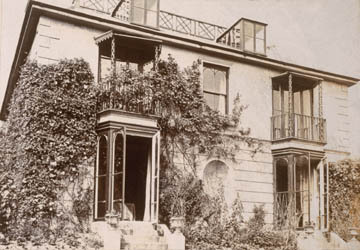 My trip to Cornwall last month to visit Fowey and environs brought another literary bonus. On a quick excursion to St Ives, I wandered Porthminster Beach in brave February sun, and betook myself up the hill to Talland House. With the help of a friendly resident I found the house where Virigina Woolf spent her childhood summers at the end of the street below Talland Road. At first I looked at each rising, rendered Victorian-ish house wondering which might be the much-altered artifact. But then, reaching the end of the road, there it stood, apart, still somewhat stately and a pleasant yellow colour, detached and set at the top of a small, curved drive surrounded by a green lawn and neat little front garden. There is an ungainly addition at the side, perhaps built when the house was made into holiday flats in the 1960s, and from the outside it appears a little unloved. 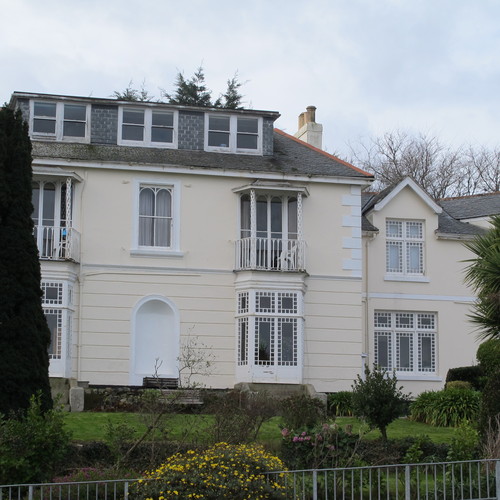 The current owner has built another block of holiday apartments on the other side of a small car park, perhaps to shield visitors from unwanted intrusions by literary stalkers such as myself. The same owner has also restored the garden, which had previously been paved over. In such a time of property parsimony, this seems nothing short of a benificent miracle especially to those who want to soak up something of the appeal that drew Leslie Stephen, who called it 'a pocket-paradise', to bring his family here for more than 13 years. 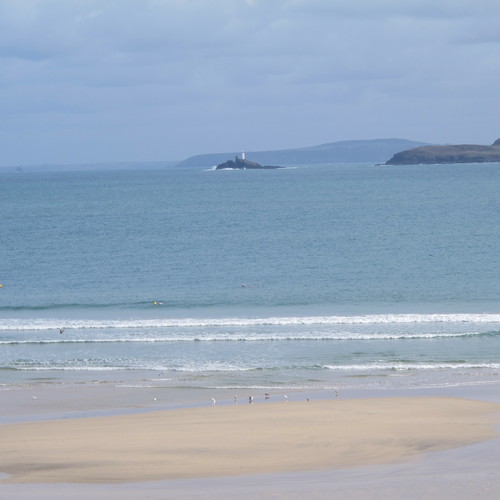 From the garden and certainly from the upper windows you could certainly see beyond the houses and the hotel, which was built in 1895 and is often blamed for the Stephen family ceasing their annual stay here. The white pinnacle of  Godrevy Lighthouse is still visible in the far distance, as are the soft yellowy sands of Porthminster Beach, which fan out below the cliffside. The real reason that the Stephen clan spent their last summer at Talland House in 1894 is probably more to do with Julia Stephen's death later that year at the age of only forty-eight. 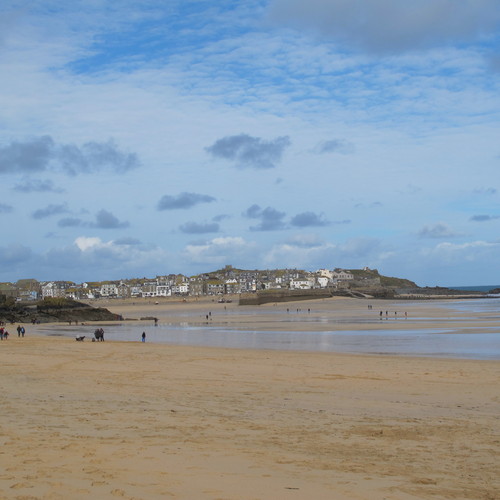 If Mrs Ramsay in To the Lighthouse is modelled on Virginia's mother, then her concern for the lighthouse-keeper's son is consistent with Julia Stephen's own involvement in the community at St Ives. The St Ives, Weekly Summary, Visitors' List and Advertiser for 2 September 1893 contains a notice from the St Ives Nursing Association announcing the appointment of 'a trained nurse' who has been engaged 'under the direction of a Committee of Ladies to attend upon the SICK POOR of St Ives free of cost and irrespective of Creed.' Donations and 'gifts of old linen' for the cause are to be sent to a Mrs E Hain or Mrs Leslie Stephen, of Talland House and Hyde Park Gate. It's not hard to comprehend why and how the young Virginia Stephen came to be so caught up with her early memories here. She later described her 'most important memory' as 'lying half asleep, half awake, in bed in the nursery at St Ives. It is of hearing the waves breaking, one, two, one, two ... It is of lying and hearing this splash and seeing this light, and feeling, it is almost impossible that I should be here; of feeling the purest ecstasy I can conceive.'

I was fascinated by this trip. Last time I went to St Ives, long ago, I had no idea I was to write other than teenage jottings and had certainly not read Virginia Woolf! I am envious of you making these visits but at least you have given me a reason for visiting St Ives again and, maybe, staying at the house as a b&b client.
Right now, I am enjoying visiting your shed,
Jane Hayward Reader and Writer who blogs at evenmorewords.wordpress.com