It doesn’t seem politically correct in modern times to mention the orifice made famous by Tilly Shilling in the Second World War, but on this day of all days it should be remembered – for 8 March is not only International Women’s Day but the birthday, in 1909, of Miss Beatrice (Tilly) Shilling, aeronautical engineer and motorcyle racer.

Tilly established her reputation during the war while working as a scientific officer at the Royal Aircraft Establishment, the research and development agency of the RAF, in Farnborough, Hampshire. She became widely known for an invention teasingly called ‘Miss Shilling’s orifice’.

Sexual innuendo apart, it was an appropriate name for the device in question: a small metal disc with a hole in the middle, which was fitted into fighter planes with Merlin engines, such as the Hurricane and the Spitfire, to regulate the flow of fuel and prevent their engines flooding and stalling when the planes dived. Miss Shilling's orifice would doubtless have saved the lives of many pilots. 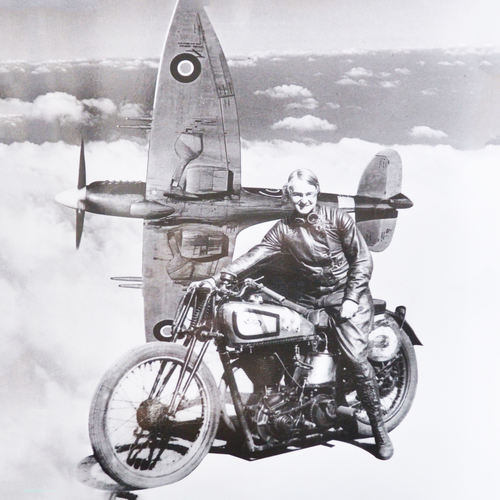 From a young age, Tilly Shilling had been determined to become an engineer, and soon after leaving school she got a job with an electrical engineering company run by the business pioneer Margaret Partridge, where she learnt how to install electrical wiring and generators. She later attended Manchester University, emerging with an MSc in mechanical engineering. In 1936 she was hired in a civilian role by the Royal Aircraft Establishment, where she remained until her retirement in 1969. Partridge and Shilling were both leading lights of the Women's Engineering Society.

Tilly Shilling achieved an important gain for women when she married George Naylor, a work colleague, in 1938. Civil service protocol at the time required women to resign when they married, unless they were considered indispensable. Tilly was one of only a very few allowed to keep her job. Her position as an aeronautical engineer was clearly strengthened by the general realisation that aircraft would play a vital role in the coming conflict.

I shall be speaking later today about Tilly Shilling and other Magnificent Women at Negative Gravity, an event organised by the South West London Tech Cluster at Canbury Works in Kingston, Surrey, to mark International Women's Day.

This is so interesting and important. Thank you

Thanks for this work! How Patriarchy could blend out such women and their work. And I am happy to find You and to learn more about "Negative Gravity". (Olympe de Gouges)