Mick & Sarah At The Pictures

Is This a Failure? Or, Where To Go From Here?

Mick & Sarah At The Pictures, even in its unpublished state, is my biggest success and my biggest failure.

It is a success for two reasons – the first is that this novel was awarded a grant from the UK Arts Council in 2018. The only time I have ever received a vast amount of money for my work (or really any money for that matter). I never thought that would happen, but it did, and it gave me the time (money buys time to write) and the confidence to really dig deep and write a novel that could stand on its own.

Which bring me to its second success. On a personal level I think this is my strongest novel to date. At the very least, it is the most mature piece of writing I’ve done. It has stretched me, challenged me onto the next stage in my writing. It is a more confident, assured work than the previous two books, and it has a lot of heart. What I was going for was a kind of John Irving novel, but written by a working class lad from the Midlands, and I think, in part, I've achieved this (not that I am anywhere near Irving’s level, it was just a flavor, an aesthetic, which I was going for).

So during the main bulk of writing I did on this novel, in the summer of 2019, I was flying high. I was still working a day job, but the grant gave me the position of really having to take this stuff seriously. The other novels were written in snatches of time here and there, across long periods. This one was written in a more concentrated amount of time. The grant disciplined me, focused me, and kept me in the (head) space I needed to be in to get the manuscript finished. We also had a baby on the way, so that really kicked me up the arse to get it done as well.

I finished the initial draft on August 10th, 2019, and our second daughter was born the following month. My finished 1st drafts are like 3rd drafts because of how I revise as I go along, and I felt pretty good about the book (you’re never fully satisfied, mind - if I ever was, then I’d be worried).

The Unbound campaign had gone up the previous month, in the July, with a pitch film I shot with Mick Walker (right hand man in all my film adventures, and he and his girlfriend, Sarah, are the owners of the names I stole), and out of the gates I had some wonderful responses and some incredible backers.  Novelists such as Jonathan Coe, Sarah Pinborough, Stephen Volk and fellow Unbounder Patrick Kincaid supported and backed the project – all of them giving the book a shout out on social media as well (all part of the game these days). Unbound told me that the books which reach 30% within the first couple of months have a good chance of getting fully funded, and I felt I was on course.

It could still all turn around; by some miracle it might start to gain traction, funding rolling in, but at this moment, I’m facing the very real possibility of failure with this one.

I often take big swings. I made a low budget independent feature film when I was in my mid-30s, which was a huge swing, and that ended up in the ditch, making me withdraw from filmmaking for a long time. Yet, withdrawing from all this doesn’t seem like an option anymore.

All the artists I admire have taken big swings, huge swings, from Bob Dylan to Francis Coppola, they followed their own path, sometimes it really paid off, sometimes they crashed and burned. But what these artists taught me is that you always move onto the next thing, no matter what. You have to keep pushing forwards.

Failure teaches you a lot about yourself. It tells you how strong you are, how resilient. It shows you how much rejection you can take and still want (need) to carry on.

How much do you want it, basically?

I’m facing the very possible fact that this novel is dead in the water, at least through this publisher using this crowd funding platform. Perhaps if I’d gone out with a genre novel, or something a bit higher concept, it might have flown better. Who knows? Lessons to learn.

I am truly thankful to everyone who has backed this project. I really wish I could have got this novel into your hands this year, but it’s not looking good at the moment.

I am going to carry on trying to crowd fund the book, for the foreseeable, and if you’ve already backed this project and you think you know someone who might like it, please let them know, tweet about it, spread the word. If you’re thinking about funding me, please take the chance. Asking for money is hard (writing this is hard), especially in this day in age. Having surplus cash isn’t something that happens often (believe me, I know), but if you can, and you like books with heart, with nostalgia, with love and movies and that moment when you know you’ve found the right person, then take a chance on my little story. It would mean the world to me.

If this does fail to reach its funding target (and thus fail to be published through Unbound) it’s not going to stop me from writing, from trying to sell more novels, and screenplays, and short stories. And it will not stop me from trying to find another publisher for this particular novel. Fuck no. You have to keep moving, creating, taking chances, pushing forwards.

You only truly fail when you stop.

And I’m not stopping. 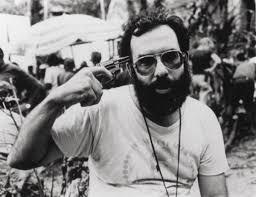 1st edition paperback, eBook edition and your name in the list of Super Patrons in the front of the book.
Choose this reward
£15  + shipping
18 pledges

1st edition paperback, eBook edition and your name in the back of the book.
Choose this reward