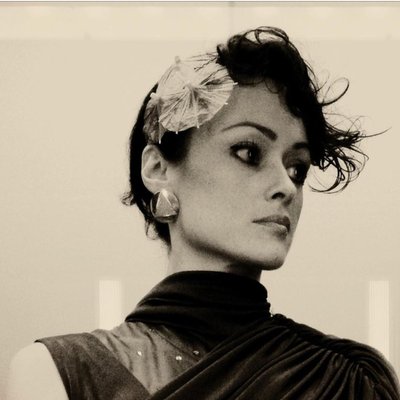 Sabrina Mahfouz is a poet, playwright, librettist and campaigner. She was raised in London and Cairo. Her plays include 'With a Little Bit of Luck' (Paines Plough) and 'Clean' (Traverse Theatre), which transferred to New York in 2014; Her poetry includes the collection 'How You Might Know Me' (Out-Spoken Press). She is the editor of the literary anthology 'The Things I Would Tell You: British Muslim Women Write' (Saqi Books), which is currently longlisted for the Grand Prix Literary Associations Prize. She works with a number of international charities and received a Fringe First Award for her play 'Chef' and a Sky Arts Academy Award for her poetry work, which has been produced and performed on TV, radio and film. Her first play for children, 'Zeraffa Giraffa' (Little Angel/Omnibus), adapted from the book by Diane Hofmeyr and Jane Ray, is currently nominated for Best Production for Young People at the Off West End Awards. Sabrina has collaborated extensively with dancers and musicians, including writing for ROSALIND (James Cousins Company) and I Imagine (Aakash Odedra Company) and is an Associate Curator at Science Gallery London, for whom she has written a pamphlet of poems called Bloodlines. Her work has appeared in award-winning anthologies including 'The Good Immigrant' (Unbound), 'This Is Not a Border' (Bloomsbury) and 'Here I Stand' (Walker Books). She is currently working with Cambridge University Philosophy Department to write poetry around consent and is the librettist for an opera adaptation of 'Woman at Point Zero' (Royal Opera House/Shubbak/Aldeburgh).