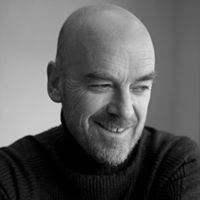 Rhidian Brook is an award-winning writer of fiction, television drama and film. His first novel, The Testimony of Taliesin Jones, won several prizes including the Somerset Maugham Award. His short stories have appeared in numerous publications, including the Paris Review and have been broadcast on BBC Radio 4. He is also a regular contributor to 'Thought For The Day'. His 2013 novel, The Aftermath, was translated into more than twenty languages and has been made into a movie, staring Keira Knightley, that is set for release in 2018. His new book is The Killing of Butterfly Joe (Picador).

The butterfly catcher and the road to fiction

To what degree does the source of fiction emanate from the writer's own experiences?