Reading outside the box

By Aimée Felone
Books by my bed | 6 minute read
This month, publisher, Knights Of, reached its £30,000 crowdfunding target to fund a bookshop selling children’s books with BAME characters. Here, its co-founder, Aimée Felone, reflects on the books - read and unread - that she holds dear

Books are the main feature of what is supposed to be my sleeping sanctuary. From the nearly six-foot-tall bookcase that dominates one corner, to my heavy-laden desk (plus the full box under said desk) and over-spilling bedside table, literature, in one shape or another, is slowly boxing me in. I’m choosing, of course, to omit the boxes I put up in the loft last summer, as I fear I can’t even remember what I stashed away. My TBR pile is out of control, and despite my best attempts to put myself on a ‘book-buying ban’, I continue to willingly add to it.

My rationale for having so many is linked desperately to the emotional connection I’ve forged (or told myself I’ve forged) with each and every one of them. I keep the ones that I really want to read nearby, as well as those I feel I ought to be reading or am genuinely reading, often with a pencil in them to mark the place I stopped reading or to underline a sentence that resonates. I push the books I know I should have read by now to the bookshelf, cover out, so they can stare at me from their lofty position, silently judging me for not picking them up. My desk is dedicated to those I have read, or re-read and could quite possibly recount complete pages of, their comfortability serving as the friendly reminder that I’m in good company when working.

Roxane Gay’s Hunger, a memoir that deals openly with her relationship with her weight and whose candid voice and honesty is overwhelming and yet graceful. I admire and am amazed at how Gay grapples with and grabs a firm hold of events in her life with a matter-of-fact tone that doesn’t deny their magnitude. 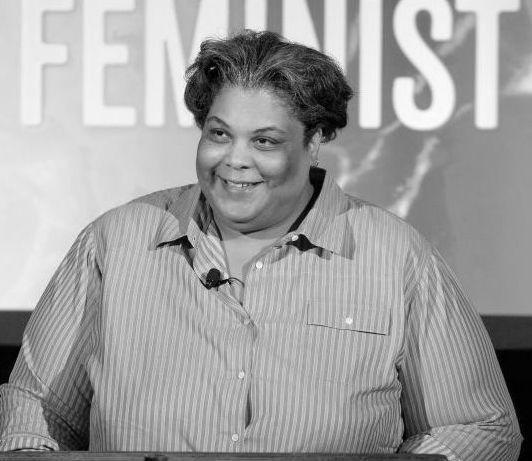 Glory Edim’s Well-Read Black Girl has become the book I carry almost everywhere with me. A collection of essays by black women writers that recounts the first time they saw themselves in literature and how important this moment was for them. These essays aren’t just confirmation that seeing yourself is extremely important and powerful, but reminds me, almost daily, of the reason why working towards a more inclusive children’s publishing industry is vital. Knights Of was founded by myself and David Stevens for this exact reason. We were frustrated that the places we worked weren’t diverse and that diverse books and authors weren’t being published at the same rate as the rest of the industry. Knights Of show that there isn’t only a demand for representative children’s books, but that having a diverse creative team is just as important to making these books a reality. Diverse books aren’t just for the readers who have never seen their lives reflected back at them, but also to move towards normalising diversity within an industry that at times feels very separatist. 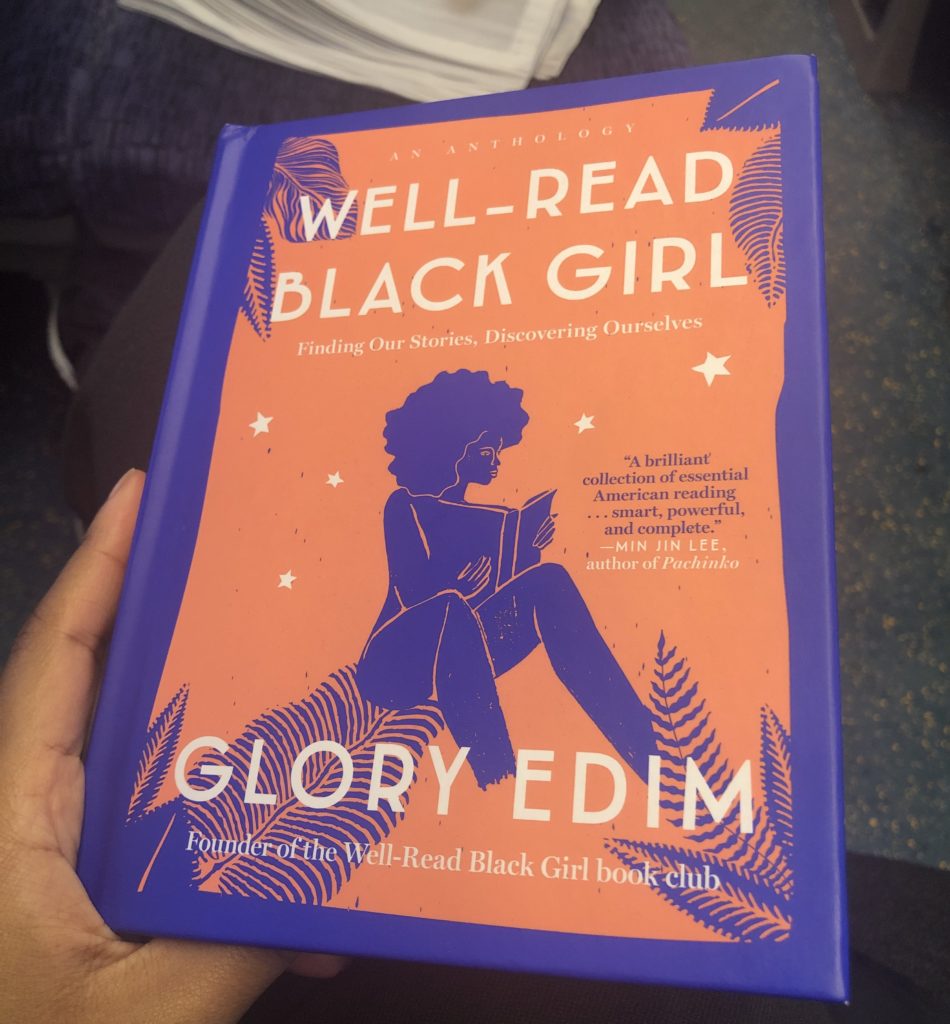 I keep the books I’ve published at Knights Of next to me: Knights and Bikes by Gabrielle; For Every One and Ghost by Jason Reynolds. These are the words, the characters and stories that I’m proud to have brought to the world in some way or another. Three wildly different books that are united through the strength of their individual author voice and their characters who have a reluctance to take ‘no’ for an answer – whether that’s a no to parents, coaches or even themselves.

I’m excited to have Ibi Zoboi’s Pride sitting atop my bookshelf – begging me to pick it up – a retelling of Pride and Prejudice whose characters are all people of colour. I should have read this over Christmas, but somehow didn’t manage to get to it (blame the mince pies and Baileys).

Hidden on the layers behind are Tom Percival’s Ruby’s Worry, a beautiful picture book that tells the story of Ruby and how she copes with her worry. Polly Ho-Yen’s Boy in the Tower and Jamia Wilson and Andrea Pippins’ inspirational Young, Gifted and Black are both books that shine a light on the plethora of achievement by black people who chose to chase their dreams. Patrice Lawrence’s Indigo Donut, Sandhya Menon’s YA rom-com novel When Dimple Met Rishi. Also, A Change is Gonna Come, a 2017 anthology of debut and established writers who all challenge the idea of what change means and looks like. Nikesh Shukla’s YA novel, Run Riot, and Malorie Blackman’s Noughts and Crosses, a classic forbidden love story made even more dangerous by the segregated society that its main characters live in.

My most cherished book on my overladen desk is my Langston Hughes Reader. It marks a specific time in my life and its pages, dog-eared, highlighted and underlined, take me straight back to my time at University of Central Florida, a time that served as a period of huge growth and self-discovery. There is no way I could pick out one poem or piece of writing that I love above the rest – the others would simply get jealous.

My not so hidden shame

Working in publishing only feeds my book addiction, so it may come as a surprise to hear that despite living, working and physically surrounding myself with books, I sometimes, honestly and truthfully don’t feel like reading.

I, a reader, am not ashamed to say that there are times when reading a book is the last thing I want to do. Granted, these feelings are few and far between but they are still very real. These waves of reading, and not, are part of the ‘reader’ aspect of my identity. I no longer feel guilty for saying I’m not reading anything at the moment, if that’s the space I’m in. My relationship with reading has to have space to honour the times when all I want to read are magazines, online articles or Twitter threads.

Now, I’m fully aware of the fact that I can’t indulge this feeling for too long: reading is, after all, my job and a huge part of my life. I often tease myself back into reading habits with some non-fiction, poetry or an anthology. 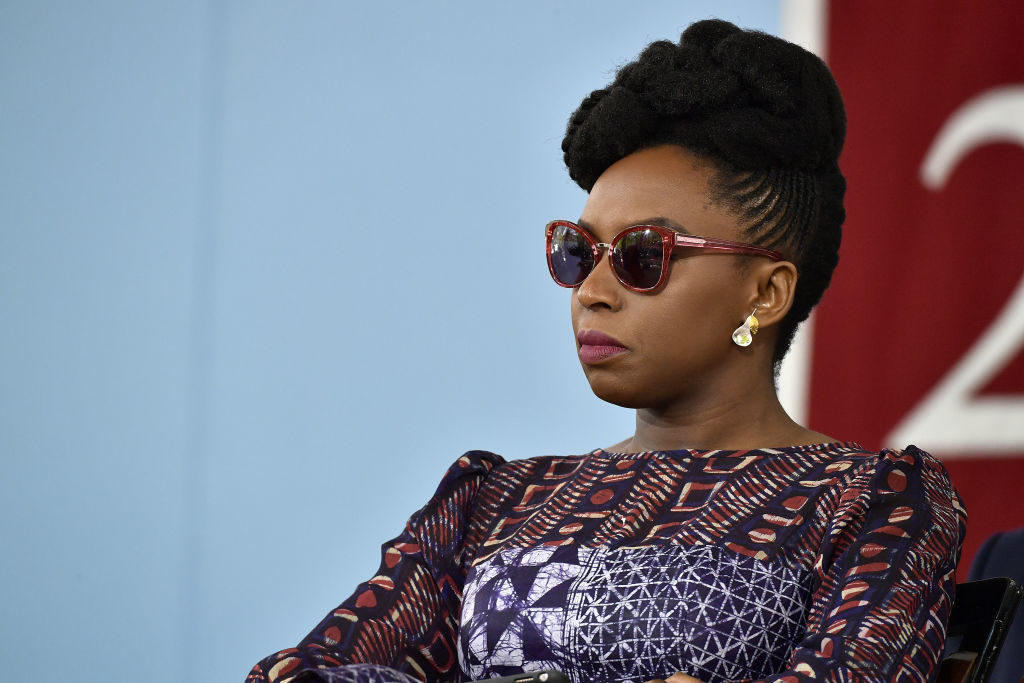 The gateway literature that gets me reading again

Honourable mention to the magazines that contain articles, interviews and writing from people I admire and know: An article in i-D (Fall 2018) called ‘Empowered Women Empower Women’ in which Chimamanda Ngozi Adichie is interviewed by Candice Carty-Williams. The gal-dem takeover of the Guardian Weekend Magazine. Joelyn Rolston-Esdelle’s ‘Learning to Love in the Midst of Grief’ in Token Magazine (Issue 3), a magazine that prides itself on making sure diversity of voice is not merely an afterthought.

If you ask my mum, she’ll swear I was enjoying books from the womb; her anecdotes of how I had an insatiable appetite for books as a kid fuelled many a weekend bookshop trip. It’s no surprise I ended up working in kids publishing. I want to create that escape that I felt and still experience for other kids. We all know that the word ‘diversity’ is popular at the moment in publishing and it’s no different for children’s books. A 2017 report called ‘Reflecting Realities’ by the Centre for Literacy in Primary Education (CLPE) showed that there is a dire lack of representation and we all need to do much better. Many of the books that shaped my childhood and adolescence are physically boxing me in, a ‘problem’ I’m choosing to ignore and add to.

It’s our responsibility to make sure literature doesn’t put kids or their stories into stereotypical boxes, that it isn’t exclusionary to them. That it doesn’t box them out of an experience we have had the privilege to know and love: reading.

Want more great Boundless  content in your inbox every Sunday? Sign up to the free, weekly newsletter, here. 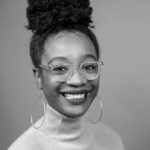 Aimée Felone is co-founder of newly launched Knights Of – a commercial children’s publisher whose main focus is hiring diversely and commissioning writers and illustrators from a diverse range of backgrounds. She has always been a supportive and engaged voice within the Industry and has worked tirelessly to promote inclusivity and diversity.
@aimeefelone
Tags :
Books by my bed