read on
Photo by Rawpixel on Unsplash

In a classroom in a remote village in northern Liberia, a young woman put her hand up. I’d asked where students went to the toilet, as the NGO that had recently built the school at considerable expense hadn’t bothered to include a toilet block. Grace said she went to the bush outside, that she had almost been bitten by a snake there, and that when she had her period, she wore two pairs of pants, two pairs of trousers and a skirt on top. She still didn’t feel secure but what else could she do? It was either that or she would drop out of school.

In Nepal, on an assignment working with WaterAid, I met girls and women forced to live in unheated huts because they were thought to be polluting during their period. They risked sexual assault and animal attacks, and the cows had better accommodation. They weren’t allowed to go to temple, talk to boys or set foot in their homes. I watched a beautiful young woman named Radha get her evening meal: her sister tipped her food onto her plate from a height, as if she were feeding a dog. Her sister was young, but she knew the same would happen to her too.

In India, when I travelled several thousand miles through three states on a travelling carnival promoting good hygiene and sanitation, I met girls who told me seriously that they thought they were dying when they were bleeding, because no-one had told them otherwise; or that they knew that having a period could make nail polish rot; and that they should never touch pickles during their period, because the pickles would spoil.

All these taboos made me wonder… why is blood is only thought bad when it comes out of a woman?

I knew about taboos. I’d spent years writing about sanitation and shit for my second book The Big Necessity. All taboos have a reason. All taboos exist to keep something or someone in their place. As Mary Douglas wrote, ‘The only thing that is universalistic about purity is the temptation to use it as a weapon.’

I didn’t laugh at Ankita when she told me she could spoil nail polish; or Neelam when she said her first blood meant cancer. I knew we had taboos too, in our supposedly advanced world. Ours just look different. They look like the blue liquid that feminine hygiene companies have used to denote menstrual blood until recently, when a TV ad dared to show red liquid and the world didn’t end. Or they look like euphemisms: ‘feminine hygiene’ or ‘sanitary’. They look like every sanitary pad or tampon advertising slogan that tells women they should be fresh and fragrant and discreet (that is, all of them). All these taboos made me wonder. Not just at the idea that a mixture of endometrial tissue and blood can rot a pickle – that is, a fermented vegetable suspended in acid – but about why blood is only thought bad when it comes out of a woman. 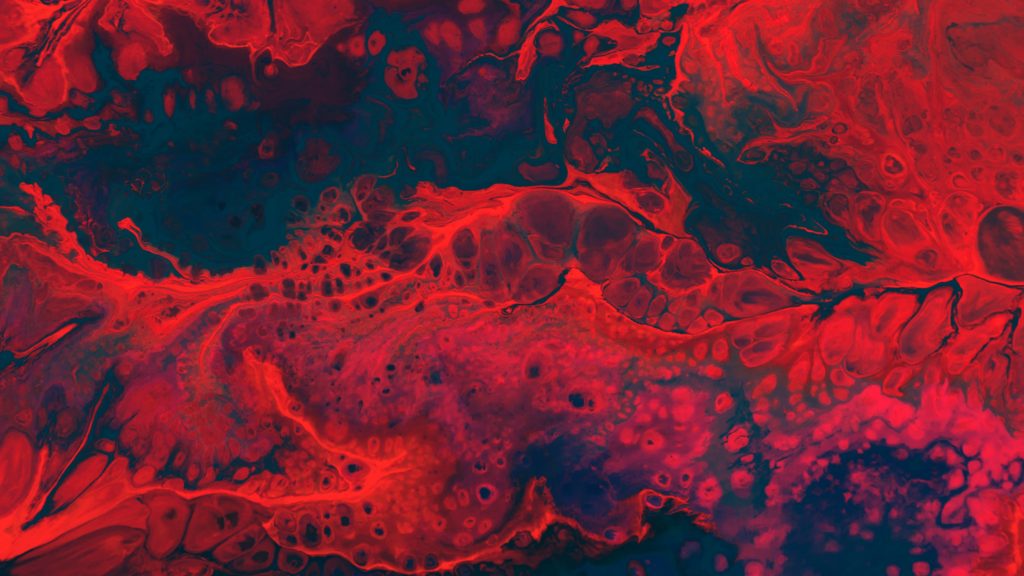 Photo by Cassi Josh on Unsplash

I began to explore blood. I started with the dictionary. Blood, says the OED, is ‘the red liquid that circulates in the arteries and veins of humans and other vertebrate animals, carrying oxygen to and carbon dioxide from the tissues of the body.’ That is true. But blood is more than that. It is a waste product and medicine. It can kill us and save us. It is a product worth more than oil; and incinerated as a waste material. It stars in myth, religion and language: we use it to describe our family, our identity, our emotions: bloodlines, blood brothers, blood that is boiling, curdled or chilled. It comes from stars and the ocean. The iron in our blood comes from the death of supernovas, like all iron on our planet. This bright red liquid – brighter in the arteries, when it is transporting oxygen around the body from the heart, duller in the veins, when it is not – contains salt and water, like the sea we possibly came from. It is busy, so busy: transporting oxygen to our tissues and muscles, as well as nutrients and heat; removing carbon dioxide and waste products. It carries hormones, the signals that dictate our functions, sleep, emotions and energy. If I am scratched and draw blood, it will clot within seconds, a complicated and wondrous procedure known as a ‘clotting cascade’, involving more than 100 proteins. Equally wondrous: that the clotting only happens where it is needed. Blood can do all this and also bring me malaria, HIV, viruses, and bacteria as it travels incessantly around the sixty thousand miles of my circulatory system, covering twelve thousand miles a day, at – on average – the pace of a decent stroll.

Every two seconds, a stranger receives blood from a stranger, in a procedure that has come to seem ordinary, but is not. From the beginning, when the spilling of blood was understood to bring injury and death, humans have wondered whether restoring blood would have the opposite effect. Our first attempts at introducing the blood of a stranger into an ailing human date back five hundred years. The stranger was not a human one: the first transfusionists experimented with the blood of calves and lambs, believing that their spirits would be transmitted with the blood. A madman was given ‘mild and laudable’ lambs’ blood. He became neither mild nor laudable, but dead. Until we understood blood better, and Karl Landsteiner established in 1901 that there are different types and that mixing blood can be deadly, a transfusion was a shot in the arm and the dark. But now, a shot of blood is seen as so ordinary, patients’ relatives ask for it like a tonic.

I decided to write a book about blood. I wanted to know why some blood was good and some bad, but also to understand how the exchange of blood between humans has become commonplace, and why in the UK the convention that we donate blood for free is unquestioned, when that convention is less than a hundred years old, and people still expected ten bob a pint in the mid-1950s. I remembered the contaminated blood scandal of the 1980s, and wanted to know how blood is made safe, so I followed my pint to a nondescript industrial estate near Bristol that houses the largest blood-processing facility in Europe. I remembered, too, how I was trained to be terrified of HIV in the 1980s, yet now I am not, and I wondered why and how HIV had lost its menace. It hasn’t. I read that AIDS, now, is an epidemic of straight women: that fact pulled me to the bottom of the African continent with the force of a tractor beam. In some parts of South Africa, a young black woman now has an 80 percent chance of being infected, although South Africa has provided anti-retrovirals for years, and for free. 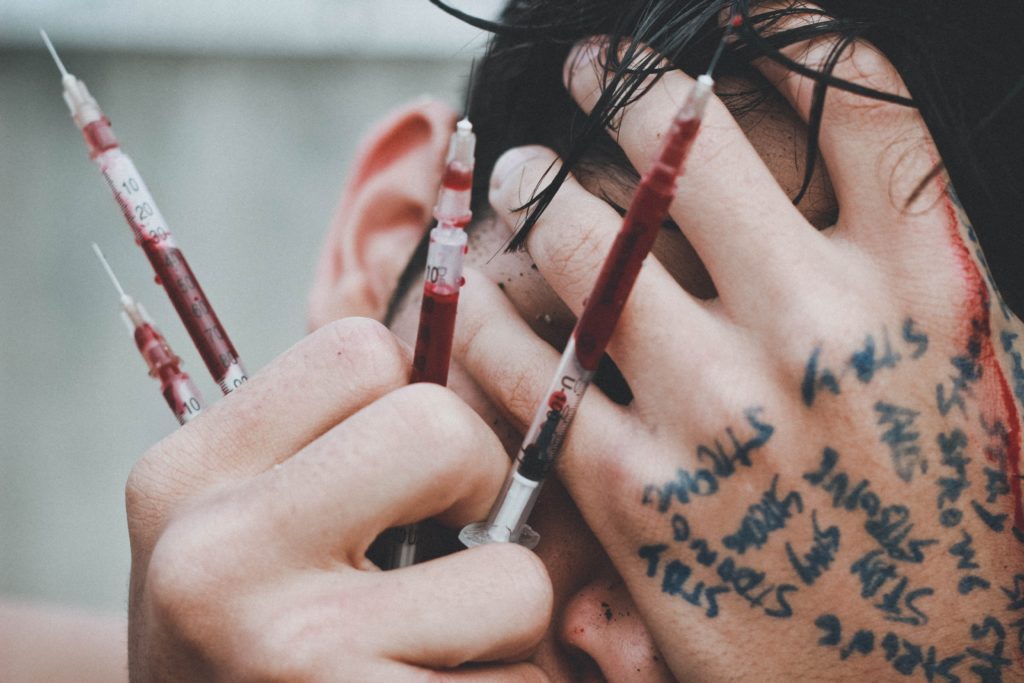 Photo by Fernando @cferdo on Unsplash

I read a few lines in a book that featured endless accounts of medical men, and only one woman. But what a woman: Janet Vaughan, former principal of my Oxford College, a woman dismissed by her medical chief as ‘a very naughty little girl’, who was the driving force behind our modern blood supply. When preparations were made for war in the late 1930s, from cardboard coffins to digging allotments, no-one had thought to stockpile blood until Vaughan. Her blood supply depot at Slough employed women to drive converted Walls ice-cream vans carrying modified milk bottles full of blood through blackened streets and bombs. After the war, an authoritative report by the Medical Research Council noted that the minds of ‘many medical men’ had been put to blood supply. Read about Janet Vaughan, and you’ll wonder how they dared to erase her.

The leech is still the most sophisticated anti-coagulant we have, and science has not bettered it

I also met some leeches. For thousands of years, the standard medical reaction to blood was to remove it. It was thought to balance the four humours of the body, but also to fix everything, including severe haemorrhage. The leech, compared to the scalpel, fleam or knife, was a kinder bloodletter. Except I shouldn’t use the past tense: eighty percent of plastic surgery units questioned in a 2002 survey said they had used leeches: this simple creature, thought ancient and barbaric, is still the most sophisticated anti-coagulant we have, and science has not bettered it. To write about blood is to become very familiar with mystery and question. If a a failing mastectomy is still treated with a leech, how modern is our modern medicine? Why did we stop using whole blood? In the First World War soldiers were used as walking blood banks. Whole blood was what a blood donation consisted of until blood began to be separated into components, the better to serve precise needs of cancer patients. Now though, plenty of trauma surgeons think that our modern methods – of separating blood then putting the components back together again – is not enough. There is something in whole blood that treats shock better than components. One surgeon’s lecture about this is called ‘Back to the Future’.  This isn’t the only example of blood percolating through past and present: Silicon Valley billionaires, able to afford the most futuristic of solutions to increase longevity, are paying to be transfused with ‘young blood’ (actually young plasma), an old belief that underpins the creation of the vampire myth. Perhaps the most astonishing fact about blood is how much we don’t know about it and what it can do. Why do we still not know what blood groups are for and how many there are (300, probably, and counting)? Why have we not beaten HIV yet?

Perhaps my favourite fact about blood is this: however much it drips over our TV and cinema screens; however ordinary a transfusion has come to be, this ‘amiable juice’ (as Goethe called it) still flows away from assumption and rationality, no matter how hard we try to tether it.

Nine Pints by Rose George is published by Portobello Books 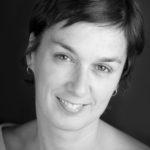 Rose George is the author of A Life Removed: Hunting for Refuge in the Modern World, The Big Necessity: Adventures in the World of Human Waste, which was judged one of the best books of 2008 by the Economist, and one of the top ten science books of the same year by the American Library Association, and Deep Sea and Foreign Going: Inside Shipping, the Invisible Industry that brings you 90% of Everything, which was a Radio 4 Book of the Week, and won the Mountbatten Maritime Award. Rose writes frequently for the Guardian, New Statesman, Scientific American, and many others, and her two TED talks, on sanitation and seafaring, have had nearly 3 million views. She lives in Leeds.
@rosegeorge3
Tags :
Essay bleed Blood blood letting leeches menstruation period

Code Red... Periods can be painful and disruptive, but there is no need for any woman to find them embarrassing.