By Arifa Akbar
Books by my bed | 7 minute read
An ailing book critic describes the joys of reading herself back to good health - and remembers how to read for pleasure again.

For many years, there have been no books by my bedside. Or maybe a couple creep beside it occasionally but they are usually tidied up and moved into another room with OCD diligence. It makes me anxious to see columns of unread books and even more anxious when they become forgotten fixtures, a memento mori  that reminds me that there are ‘too many books, too little time’. So I prefer not to be watched over by all that I haven’t read yet as I fall asleep. It might be a strange thing for a book critic to say and feel but perhaps not because who wants to take their work to bed with them?

This is not a middle-class moan about the horror of having to read novels for a living. I don’t love books any less but I read them differently as a result, and not lying in bed with a hot-water bottle toasting my feet in winter, like I remember doing as a child, a teenager, a 20-something.

They dominate almost every other corner of my home, beyond the bedside. Visitors see a wall of books behind me when I open the door. They are arranged on shelves up the staircase and they live, probably with families of spiders, in all the nooks of my attic flat. I know which of them need to be read when and the most urgent ones are given their own particular spot under the dining table and the little white wooden table below the stairs. Almost every book in these piles has been mentally categorised. It’s anal, I know, but they are the books I need to review, to judge for literary prizes, to read in order to interview their authors. And they are most often read sitting up, in the daytime, with a pen and notebook in hand.

Before I became a book critic, there would be books by my bed, waiting to be read, just for the sake of it. But this has become an unaffordable luxury now

Books by people’s beds are another thing altogether. Before I became a critic, there would be books on my beside table too, waiting to be read, just for the sake of it. But this has become a luxury I can’t afford. I am reading too much, too fast and too studiously to sink in-between the pages of something I bought while dawdling in a bookshop, and that I pick up before nodding off, forgetting where I left off the previous night.

But that was then, before I got my recent bout of illness, when they began to creep beside my bed again. I got a bug that brought with it the kind of dizziness that left me so giddy that I felt like I was on a listing ship if I stood up. The rooms turned upside down when I tried to walk and I bashed into furniture. I felt cross-eyed when I opened my laptop so I lay back down.

After I had slept and sweated and the room has stopped swirling, I wondered if I should get ahead with my reading. I was on the judging panel for the Women’s Prize for Fiction and the Wingate Literary Prize so there were around 80 books, in their respective mounds, waiting to be read beyond my bedroom. But my head felt foggy so I shuffled back to bed.

A few days later, the postman dropped off a parcel – a beautifully wrapped ‘get well soon’ present from my friend, the novelist Grace McCleen. I opened it to find a signed copy of Posy Simmonds’ Cassandra Darke. ‘How thrilling’ I texted Grace, buoyed by my present with its ribbon and smart wrapping paper; someone had remembered me in illness! The next day, I brought a few other books to bed and placed them next to the graphic novel, and then I did it again, foraging around until a column had grown beside my bed.

These were not books I was supposed to be reading, necessarily, and that is exactly what was liberating

Sometimes it takes a bad winter virus to slow the rapid downstream of life and remind me of the pace I’d rather be living at. Nothing too debilitating, of course, but just enough forced stillness for a resetting to take place. That’s exactly what happened as I built my fresh piles by the bed. Nothing in this time of illness seemed more pleasurable than reading: I was enthralled by the blend of darkness and wry comedy in Cassandra Darke, with its elderly grump of a protagonist – a fraudulent gallery owner who is something of a modern-day Scrooge; it took me a single, rapt evening to read Oyinkan Braithwaite’s debut novel, My Sister, the Serial Killer (a black comedy cum thriller which features a young, beautiful sister who kills her boyfriends and an older, plainer sister who cleans up after her); I picked up Adele, by Leila Slimani, about a respectable Frenchwoman who is addicted to stranger sex, intending only to read a few chapters, but swallowed it whole.

These were not books I was supposed to be reading, necessarily, and that is exactly what was liberating. They reminded me that it was sometimes OK to read for the fun of it, not evaluating language and pace and character but simply melt into the pages of the story. Before I knew it, I was picking up books that were for ‘work’ purposes. I read Bryony Gordon’s Eat Drink, Run: How I Got Fit Without Going Too Mad, because I was due to interview her. I initially thought it wouldn’t be my kind of book, but three hours later, I was in awe at how she pulled herself out of depressive lows by running a marathon.

I felt like I could spend weeks, maybe months, just lying down, my head propped on pillows, a book in my hand. I was reading for the sheer pleasure of it

I re-read – with breaths in-between this time – Dan Kieran’s The Surfboard, which is a deeply moving, deeply wise, book about the directions we take in life, the holes we sometimes find ourselves in, and the way we burrow out of them through a new, terrifying challenge. It is personal writing without ever becoming solipsistic and I wanted to reflect on some of its life lessons.

There were more: a whole crop of Wingate Prize books, which celebrates the best of Jewish literary writing, that I still needed to read before the prize’s long-list meeting: Lisa Halliday’s debut, Asymmetry (partly based on her relationship with Philip Roth); Letters to My Palestinian Neighbor by Yossi Klein Halevi, which struck me for its empathy and its honesty; Memento Park by Mark Sarvas and We Are Gathered by Jamie Weisman – both novels that explore Jewish identity with great imagination and drama. I tore through these books and built up yet more stockpiles by my bed. I felt like I could spend weeks, maybe months, just lying down, my head propped on pillows, a book in my hand. I was reading for the sheer pleasure of it, submerged by story after story, disappeared into other worlds.

Of course it couldn’t last. I stopped feeling dizzy, I had a shower, and I re-entered the real world. But a small pile of books remained beside my bed to remind me of the simple, immense, joy of reading whatever you fancy. It is a lesson that can sometimes be forgotten by a professional reader. The pile includes books written by friends or colleagues that I still haven’t read but have heard great things about – Andrew Wilson’s Agatha Christie-inspired mystery, A Different Kind of Evil; Kadian Journal by Thomas Harding, who writes about the sudden death of his 14-year-old son, Kadian, in what seems, from the pages I’ve read, like an earth-shattering, yet beautifully written, memoir. I plan to read Ta-Nehisi Coates’s We Were Eight Years in Power, because I am interested in what he has to say, and Ottessa Moshefegh’s Eileen and My Year of Rest and Relaxation, which I bought in a two-for-one offer while – yes – dawdling in a bookshop.

And yes, there are too many books in the world and not enough time to read them all but the novels that have begun to take up home around my bed seem like friends now, and not the enemies of time that I had thought them to be. 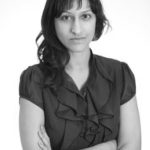 Arifa Akbar is a theatre critic for The Guardian and a contributor to the arts and books pages of The Observer. A former literary editor of The Independent, she worked at the newspaper from 2001 until 2016 as a reporter and arts correspondent before joining the books desk in 2009. She is the former head of content at Unbound and was launch editor of Boundless from 2017 to early 2019. She is a trustee of the Orwell Foundation and co-administers its annual book prize. She has judged various prizes including the Costa Biography Award 2017, the UK Theatre Awards 2018 and the Women's Prize for Fiction 2019.
@Arifa_Akbar
Tags :
Books by my bed Books Critic