By Neil Armstrong
Essay | 5 minute read
How has the once-loved show aged for our era? A writer considers the cultural impact of the television show

Friends enthralled audiences for years. The American comedy series won the hearts of a generation in the 1990s. It garnered awards, set trends and appeared on ‘greatest TV shows ever made’ lists.  Yet, when it arrived on Netflix in the UK a couple of years ago, it provoked a storm of outrage. Viewers watching it for the first time took to social media to express their disgust and condemn it as ‘homophobic’ and ‘transphobic’.

The series, as many of a certain age will know, charts the lives of six twenty-something friends living in New York and ran for 236 episodes over ten seasons from 1994 to 2004. When first broadcast it made household names – and millionaires – of Jennifer Anniston (Rachel), Courtney Cox (Monica), Lisa Kudrow (Phoebe), Matt le Blanc (Joey), Matthew Perry (Chandler) and David Schwimmer (Ross).

What is ironic about today’s furore is that it featured gay and trans characters who, two decades ago, were not particularly visible on prime-time American shows. But what may have seemed progressive in the 1990s is now deemed offensive so far as the politics of representation is concerned. Some millennials have expressed alarm at many of the jokes and plot points: Chandler’s discomfort with being thought gay; his rejection of his trans father; Ross’s attitude to his lesbian ex-wife; everyone’s attitude to Monica when she was overweight. Think pieces were churned out explaining why the show was ‘problematic’. Discussion shows dissected its transgressions.

I’ll Be There For You, a recently published book about the making of Friends and its cultural impact, calls for a nuanced view of the series rather than blanket condemnation. Its author, Kelsey Miller, argues that the show is the way it is because it is the product of a far less inclusive era ‘when subtle forms of bias and bigotry were far more socially accepted.’ She says that it can be considered homophobic and transphobic by today’s standards but that when she interviewed members of the minority communities most often the butt of the jokes, a typical response was that ‘it was better than nothing’.

Chandler’s father, played by Kathleen Turner, is a particularly controversial figure, routinely mocked by other characters. Turner herself has commented on the show and its depiction of a trans character: ‘I don’t think it’s aged well … but no one ever took it seriously as a social comment.’ However, the journalist Mey Rude, a trans woman, spoke of a now-infamous episode, ‘The One With Chandler’s Dad’, in a positive light. Miller recounts that interview with Rude: ‘She talked to me about the fact that when that episode aired, she was so excited to see a trans character. She wasn’t thinking about the unfortunate ways in which that character was depicted or the nasty ways that everybody treats her. She was just thinking “Oh my God, this is a trans woman who’s like me”,’ she said. ‘It’s so sad that that’s the kind of representation that, for so long, counted as good representation.’ 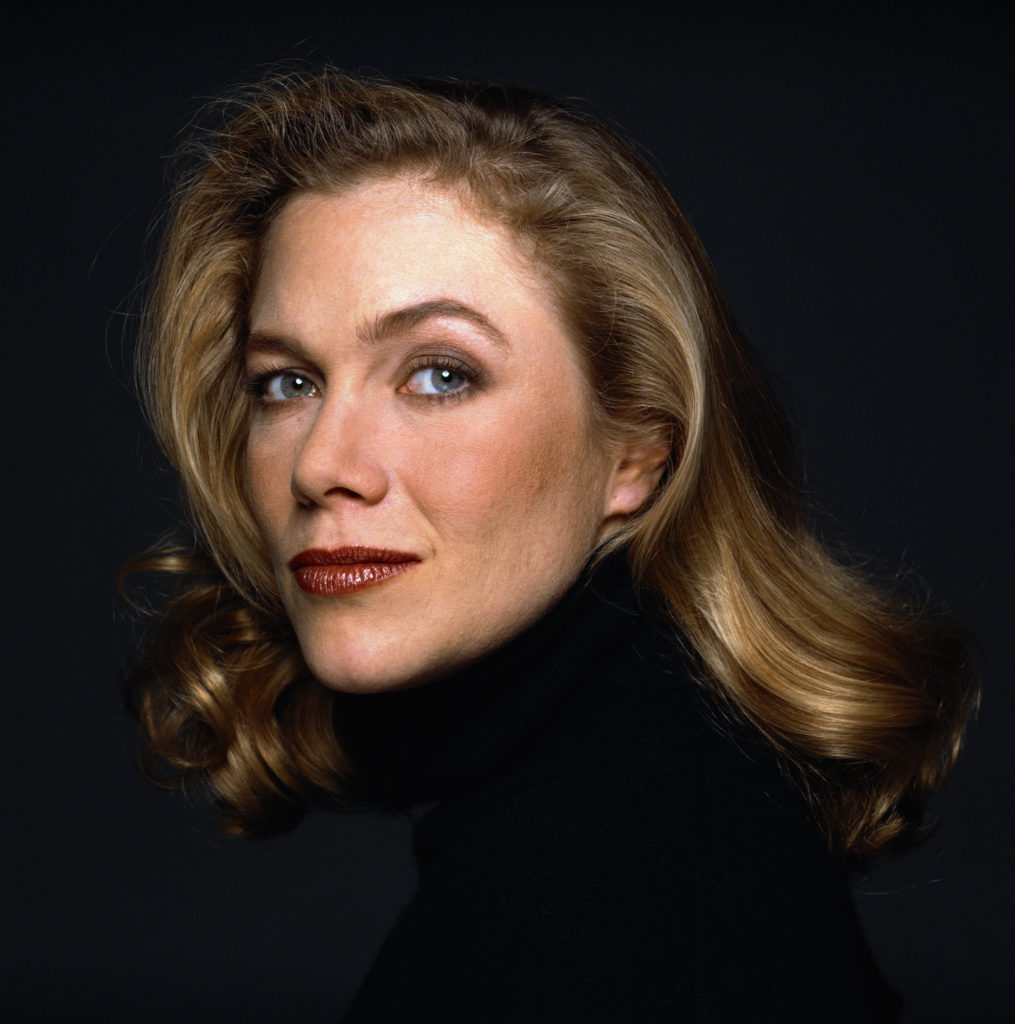 The some-representation-is-better-than-no-representation position is not uncommon and explains, for example, the popularity of Mind Your Language among some Asian and black viewers. The 1970s British sitcom, about a class of foreign students learning English, revolved around such broad racial stereotypes that it was axed after three series even though it attracted 18 million viewers. It was also a hit in India, Pakistan and several African countries.

In terms of representation in Friends, Ross’s ex-wife, Carol, and her girlfriend, Susan, are another set of divisive characters. The pair were loosely based on a real couple, Deb and Rona, who were friends of the show’s creators, Marta Kauffman and David Crane. Carol and Susan are the subject of endless jokes about their sexuality and are held by some as evidence of Friends’ homophobia.

Miller concedes that yes, there are a lot of gay jokes, but the gay people she interviewed said that the gags ‘flew right over their heads because dumb gay jokes were the norm then.’ She recounts how Deb and her eldest daughter were watching an episode featuring Carol and Susan, and their son, Ben. Their child turned to Deb and said of the screen family that ‘[it is] a family like ours.’ It was the first time she had seen a family of this kind represented on television.

‘The One with the Lesbian Wedding’ originally aired in 1996 during the show’s second season. In it, Carol and Susan marry while Ross, who still carries a torch for his ex, walks her down the aisle when her father refuses to attend. The officiant is played by Candace Gingrich, sister of Newt Gingrich, a Republican politician who opposed gay marriage. Lea DeLaria has a cameo as a wedding guest who assumes Phoebe is a lesbian.

At the time, the show’s broadcaster, NBC, hired extra switchboard staff because they anticipated thousands of outraged viewers ringing in to complain about these ‘unconventional’ characters. There were two calls. The episode had 32 million viewers, making it the highest rated programme of that week and the first time Friends had hit the Number One spot.

Jane Czyzselska, a cultural commentator and psychotherapist, rewatched this particular episode recently. ‘The straight guys seem to use lesbians as a punchline, as Chandler woefully demonstrates, trying to use the lesbian he’s hitting on as a measure of his success with women,’ she says. ‘Although predictably tiresome, this narrative ruse also shows Chandler and Joey and other men up for the narrow way in which they view relationships between men and women. Then there’s that thing about straight guys making the lesbians’ wedding day all about them and their insecurities, so it’s clever for the lesbian viewer, or this one at least, in that it includes us – a rarity at the time – it mirrors what we already know, and creates eye-roll opportunities aplenty.’ 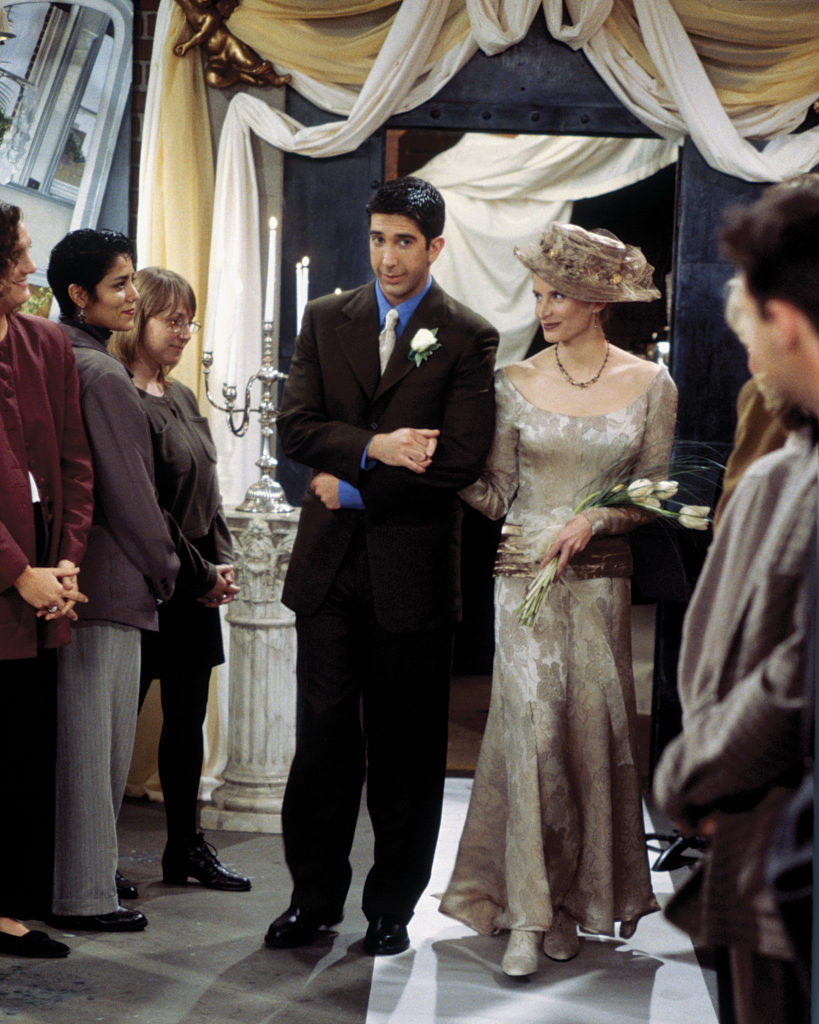 ‘The One with the Lesbian Wedding’, David Schwimmer as Ross Geller and Jane Sibbett as Carol Willick-Bunch (Photo by Paul Drinkwater/NBC/NBCU Photo Bank via Getty Images)

Miller feels that even if it is fair to judge the show against contemporary values, it can be enjoyed despite certain its jarring elements: ‘Friends has become this thing that has really polarised people, but rather than just saying “Friends is perfect and untouchable!” or “Friends is terrible and we must lambast it!” my stance is that it’s possible to love something while recognising its flaws.

‘There’s a deep dive into these other subjects [in the book] and I hope readers stay for the deeper conversation. This show has had a bigger impact on our lives and our culture than I think most of us recognise.’

And while a millennial contingent has come to find its politics intolerable, it remains well-loved, at least according to Ofcom statistics, which reveal Friends to be the UK’s most popular show on a streaming service. Although Netflix does not release viewing figures, it is believed to be one of its most popular shows worldwide.

Rumours of a revival began almost as soon as the final season ended and have persisted ever since. A fake trailer for Friends: The Movie uploaded to YouTube in January 2018 has had almost 15 million views. The comments reveal levels of yearning suggesting that if a film is ever really made, it would be a guaranteed box office smash. Asked this year about the likelihood of Friends returning, Jennifer Aniston said: ‘Anything is a possibility. I mean, George Clooney got married.’

I’ll Be There For You by Kelsey Miller is published by HQ. 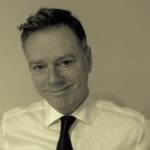 For newly engaged writer Emily Jupp, a civil partnership is the right choice.

How and why did Oscar Wilde alter the original manuscript of Dorian Gray?

The journey for the world's trans community has been fuelled by moral hysteria and discrimination.