The Adventures of Alexander von Humboldt tells the story of Humboldt’s five year expedition in Latin America – the focus is much tighter than in The Invention of Nature where I looked at Humboldt’s whole life and his influence on others. Because it’s an illustrated book, The Adventures is a visual journey. I wanted to do a book that looks at Humboldt’s artistic side – pulling his extraordinary manuscripts, engravings and plant specimens out of the dusty archives where only academics see them and celebrate their stunning beauty. For me, The Adventures of Alexander von Humboldt is like a homage to Humboldt and a celebration of his endeavour to unite the arts and the sciences.

Just as I finished the manuscript of The Invention of Nature, something happened that inspired me to do the graphic novel. Humboldt’s legendary Latin American diaries had been in private ownership until the end of 2013 but then the Prussian Heritage Foundation bought them and began to digitalise the almost 4,000 pages.

It was too late to use them in The Invention of Nature, which wasn’t a problem in terms of content because transcriptions of the diaries had long been available, but when I saw the actual pages it blew my mind. Humboldt’s diaries were peppered with hundreds of sketches: monkeys, birds, Orinoco fish, profiles of volcanoes, maps of rivers, topographical sketches, an anatomical drawing of a dissected electric eel, Inca ruins in Peru, silver mine shafts in Mexico, calculations from Chimborazo, shoes, food, his tent in the Andes … I could go on forever.

Humboldt carried forty-two scientific instruments across Latin America but also insisted that we should understand nature through imagination and feelings … He talked about the ‘deeply–seated bond’ which unites science, arts and poetry

When I saw the diaries, I wanted to do a book that showed Humboldt’s artistic side and his extraordinary manuscripts – because he was not only the world’s most famous scientist, but also an artist. He carried forty-two scientific instruments across Latin America but also insisted that we should understand nature through imagination and feelings. He wrote books in which he combined evocative landscape descriptions with scientific observations, and he was an accomplished artist. He talked about the ‘deeply–seated bond’ which unites science, arts and poetry.

In The Adventures of Alexander von Humboldt we show his manuscripts, let him walk through his own engravings and sketches and also use his original plant specimens but – and this was very important to me – not as simple reproductions, rather as collages mixed with evocative and lush illustrations.

Creating the book was a collaboration – instead of spending years on my own in an archive, I worked closely together with the illustrator Lillian Melcher. I wrote the ‘storyboard’ which consisted of a description of each scene, captions and dialogue as well as finding the relevant Humboldt manuscripts, drawings, sketches and botanical specimens. Once that was done, we sat together and discussed every page with Lillian making rough thumbnail sketches. She then sent me black and white line drawings – sometimes I would suggest some changes or sent her a pretty terrible sketch of my idea. Pages went back and forth until we were both happy. She’s incredibly creative and as pernickety about historical accuracy as I am. I thought that I had done all the research because of my work for The Invention of Nature – but it turns out that you need a very different kind of research for an illustrated book. We needed to figure out how Humboldt was holding his instruments, how the indigenous people along the Orinoco painted their bodies, or how the Southern Cross looked in February 1803 on Humboldt’s route from Ecuador to Mexico, and so on. Two nerds at work…

This is an extract from The Adventures of Alexander von Humboldt, by Andrea Wulf and Lillian Melcher, published by John Murray 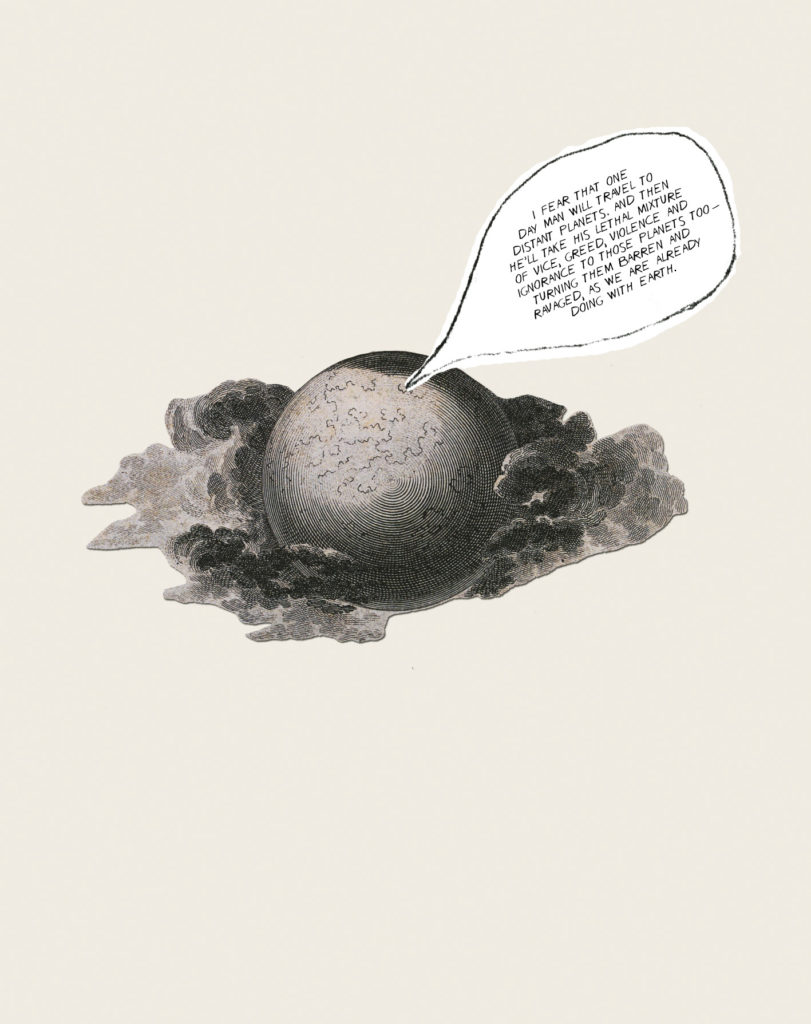 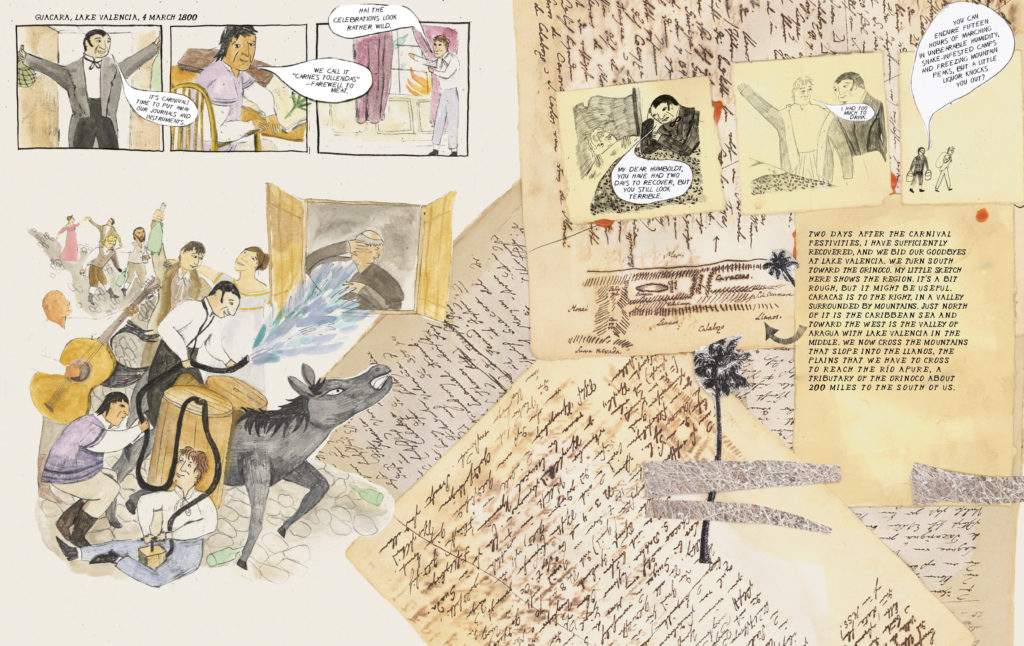 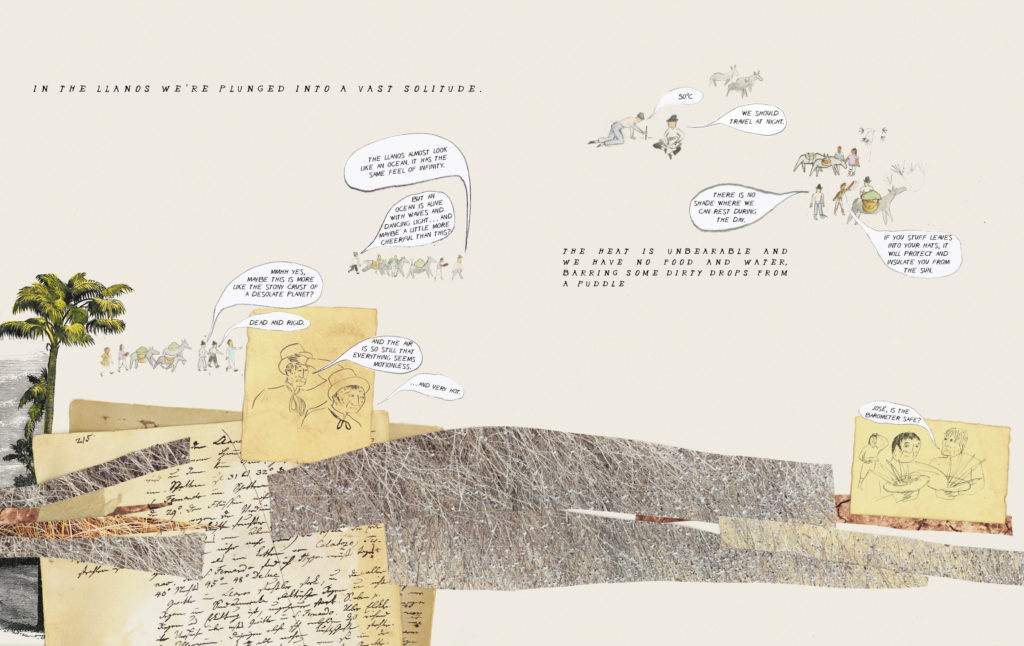 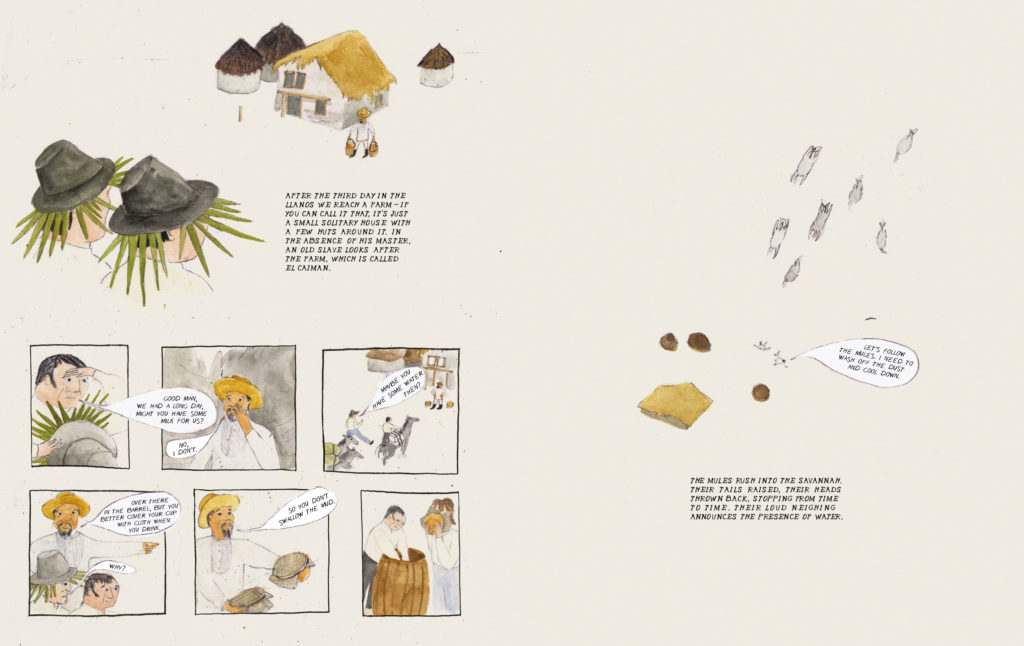 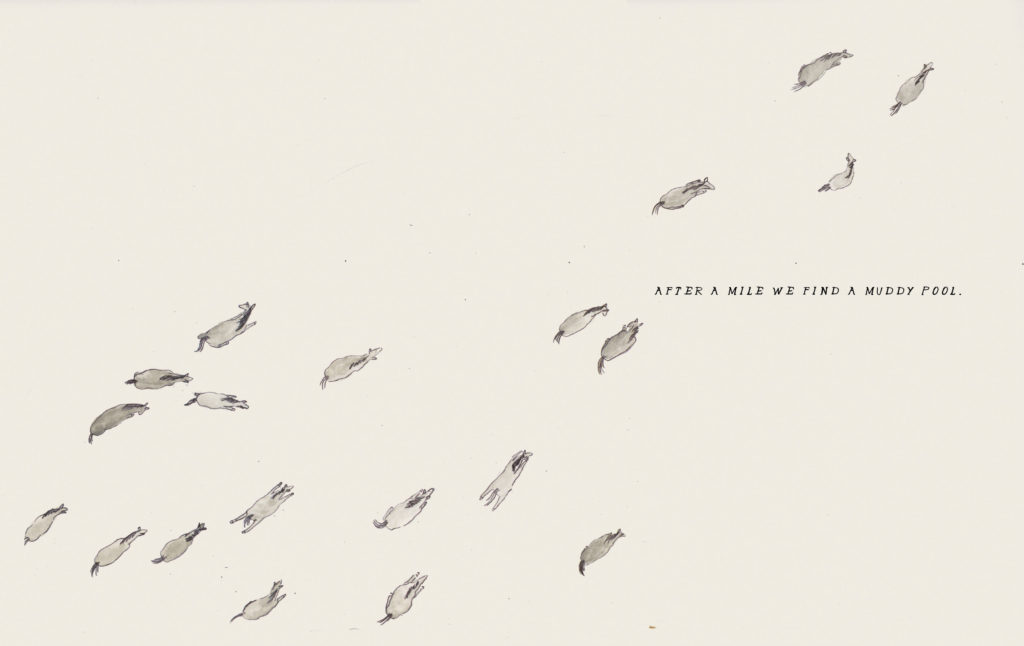 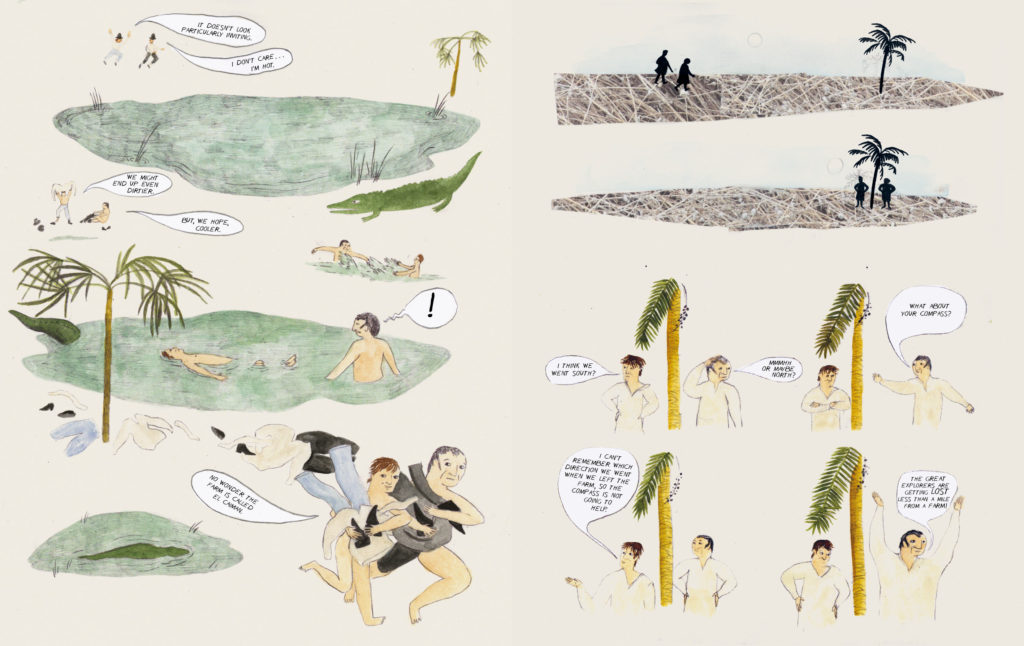 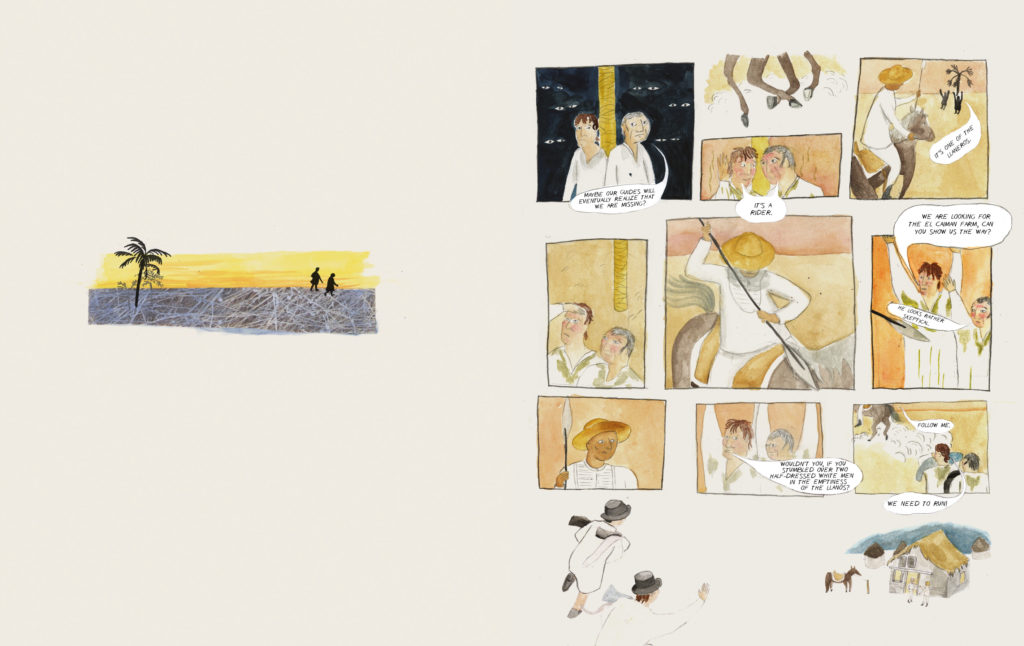 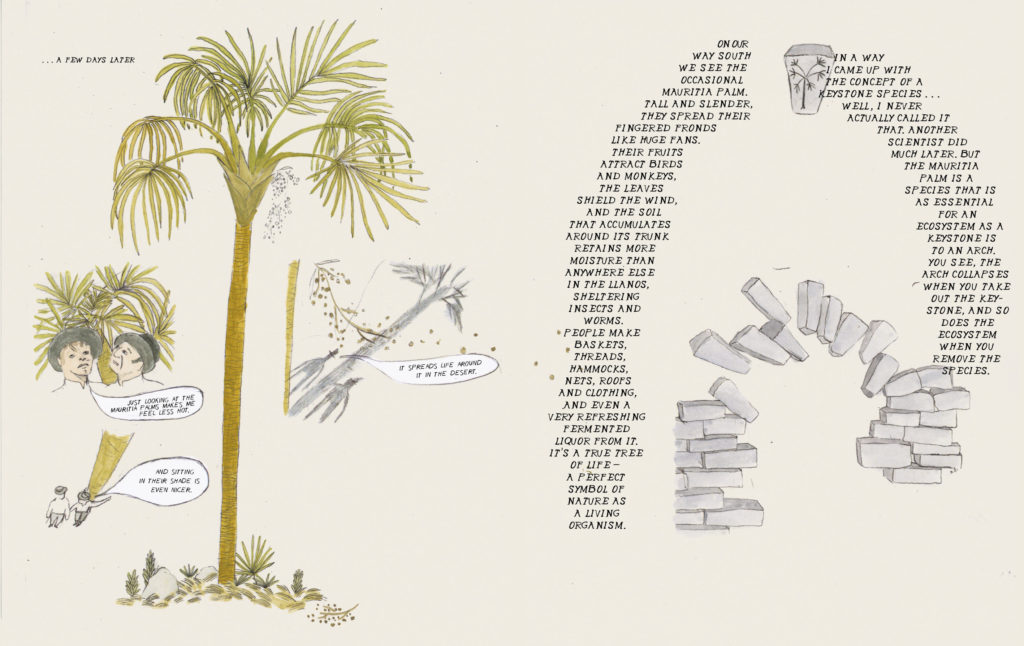 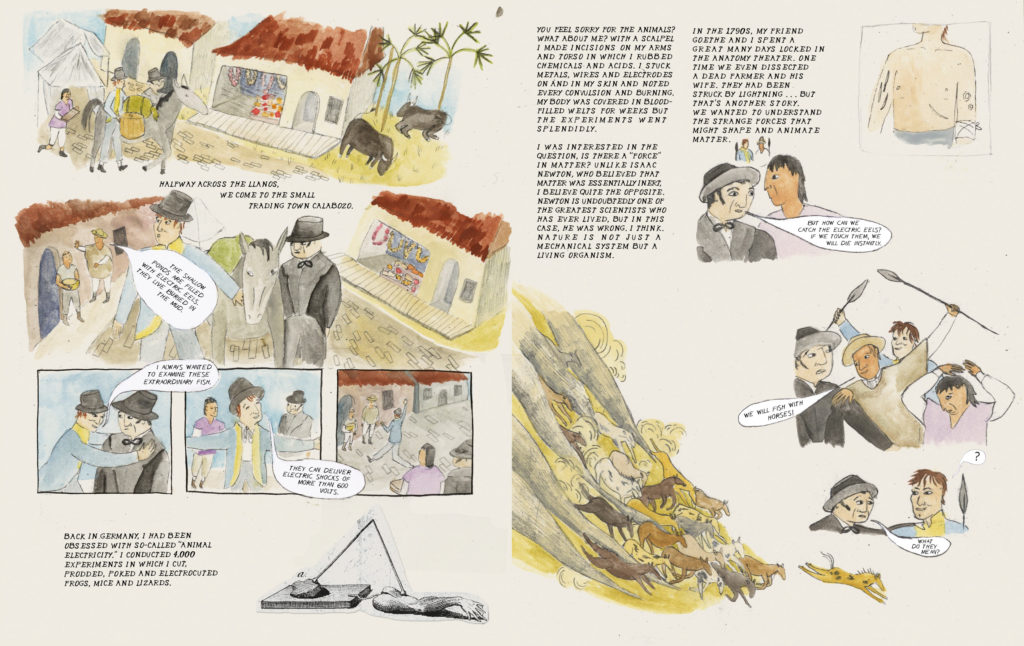 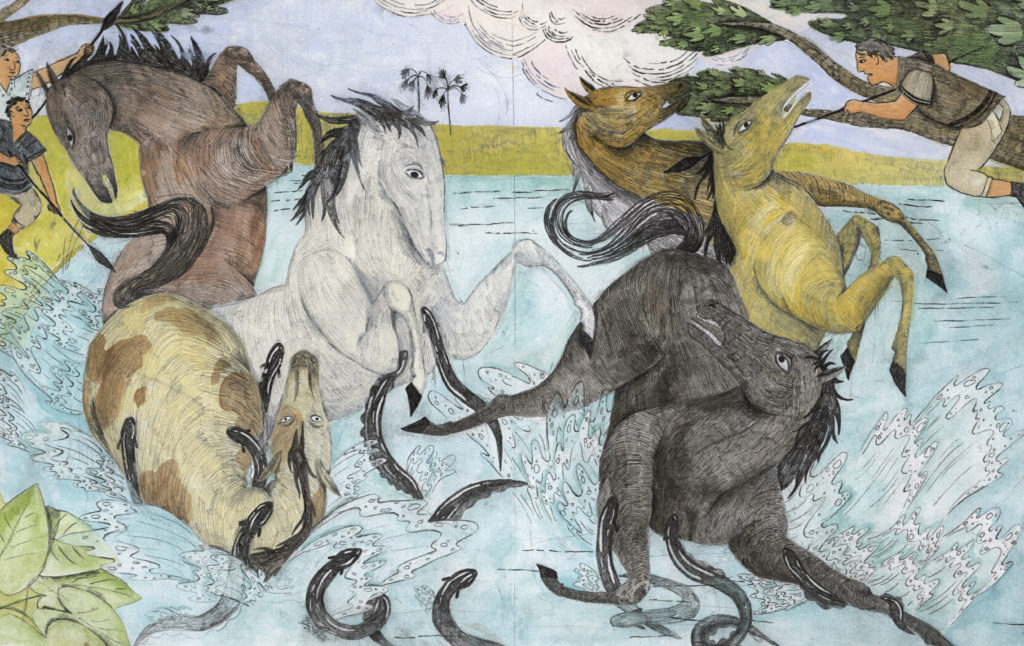 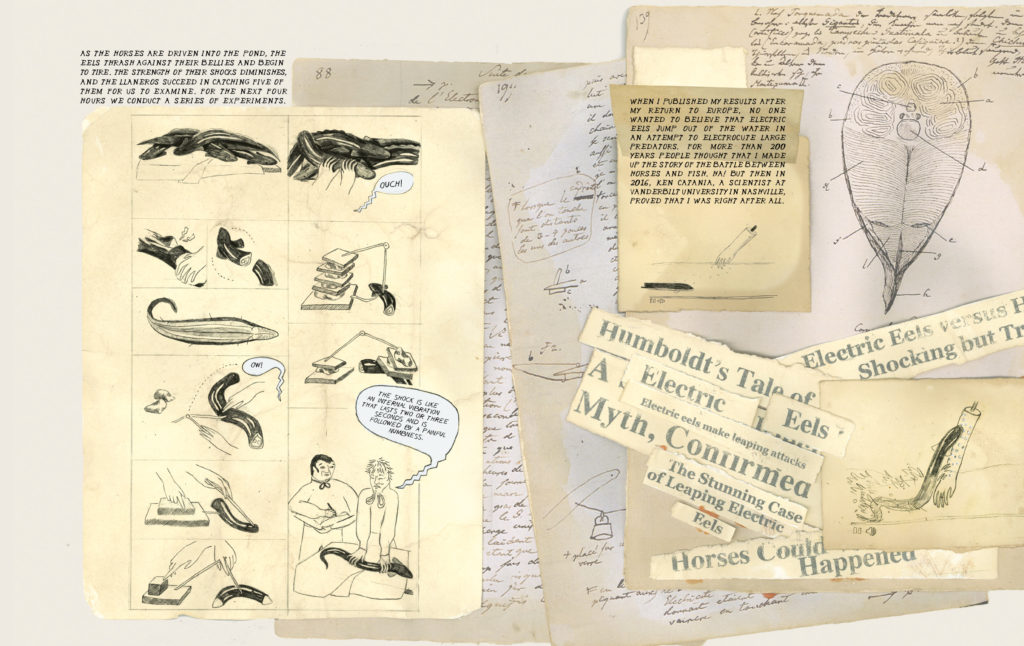 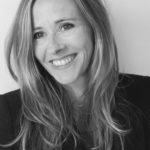 Andrea Wulf was born in India, moved to Germany as a child, and now lives in England. She is the author of several acclaimed books including The Brother Gardeners, Founding Gardeners and The Invention of Nature. Andrea has written for the Guardian, LA Times and New York Times. She appears regularly on TV and radio.
@andrea_wulf 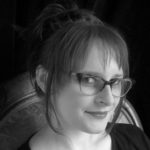 Lillian Melcher is an illustrator living and working in Boston, Ma. Her first book The Adventures of Alexander Von Humboldt, written by Andrea Wulf, is a graphic work of non-fiction exploring the early life of naturalist Alexander Von Humboldt and his contributions to environmentalism. Lillian graduated in 2016 from Parsons School of Design with a degree in illustration. She has been honored with the SCBWI Student Illustrator Scholarship for her picture book portfolio.
Tags :
Extract arts collage Graphic novel Humboldt Science

The creator of a bold, dark graphic novel on depression and suicidal anxiety reflects.