read on
Photo by Benjamin Castillo/Unsplash

By Sarah Shaffi
Essay | 8 minute read
Why does the BAME community receive lesser care? Is the system set up to favour white wellbeing?

‘Daring to exist and be vocal in a system not designed with your survival in mind is an act of political resistance in itself.’

-Dr Samara Linton, from the introduction of The Colour of Madness

Let’s talk about mental health. Five words that seem so simple on the surface of it. But there is so much more to it than that. While there is a stigma around mental health in some communities of colour and an unwillingness to address the issues head-on, there is also compelling evidence to suggest that the mental health care system is colour-coded in terms of who receives the most therapeutic attention and healing.

We found our experiences of blackness were either minimised and invalidated by mental health professionals, or exaggerated and laced with stereotypes

Linton has had first-hand experience of this. She says of both herself and Walcott: ‘We found our experiences of blackness were either minimised and invalidated by mental health professionals, or exaggerated and laced with stereotypes. Rianna often recalls a white therapist assuming that her father was not present in her life.’

There are already complexities around how to deal with mental health in communities where it is still taboo, with words like ‘depression’ and ‘suicide’ said in whispers. Talking about mental health in BAME communities can be a radical act, but made more so in the context of the larger political and racial barriers.

Shuranjeet Singh Takhar, founder of the organisation Taraki, which aims to reshape how the Punjabi community approaches mental health, says the current economic climate is working against positive mental wellbeing, and that this impacts minorities in particular: ‘Austerity politics have impacted disadvantaged peoples by cutting vital services, such as children/ youth centres, which were a key bedrock of community well-being,’ he says. ‘At a local level, people may be better accessing support, but our culture of work in which many feel alienated from what they are producing, and the lack of motivation instilled within workers means that peoples’ mental well-being will continue to be negatively impacted.’

Takhar speaks of the intersectional aspects of mental health: ‘. . . the impact of “difference” communicated through gender, race, sexuality, class, all have the possibility to negatively affect our well-being.’

‘Let’s be honest, we all know what mental illness is and the debilitating effects it has on those who experience it . . . Our greatest problem . . . is not that we don’t have a specific word for depression, but that we don’t talk enough about mental illness within our everyday lives.’ Kalwinder Singh Dhindsa, from ‘The Stigma of Suicide’ in The Colour of Madness

Tired of the centrality of whiteness in mainstream mental health narratives, Linton and Walcott decided to place their focus on the experiences of BAME people with mental health difficulties, and in doing so ‘we refocused the discussion on our needs’. The collection gives voice to a range of people from communities of colour who have historically not had the space, the will or the language – sometimes literally – to talk about mental health. ‘A commonly used example is that there is no word for depression in Punjabi and Urdu, so people from these communities will articulate their experiences of what I know as depression, in a very different way,’ says Linton. ‘When people are reluctant to talk about mental health, there is often a lot of fear; fear about institutionalisation, medication, and just like in white communities, fear of things we don’t fully understand.’

So how to combat this shame? And how to acquire the language needed to talk about mental health? Fiction, memoir and poetry gives us one way forward

‘In our South Asian community my dad’s depression is seen as a sign of weakness and in a culture so sadly steeped in propagating shame, the natural reaction is to pretend everything is OK while suffering in stoic silence.’ Amna Saleem from ‘This is What I Learned from My Father’s Depression‘, Buzzfeed

The reluctance of communities of colour to speak about mental health, for Takhar, is down to ‘external and internal stigmas which have become associated with the topic’. For Punjabi communities ‘the notion of shame has become hugely attached to the topic of mental health, meaning that people are less likely to discuss it,’ he says. 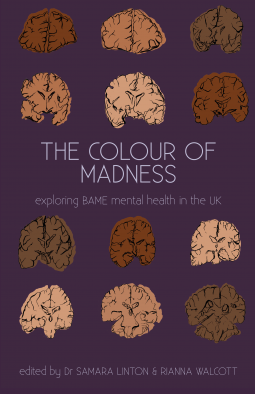 But this shame is complex, explains Tahkar. Historically, in some parts of South Asia, the family was the key social unit in legal terms. This shame, then, was not something which solely impacted the individual, but their family and wider community, who were also perceived to be intimately connected with such feelings, and the legacy of this rationale clearly lives on.

The writer, Amna Saleem, shares similar thoughts: ‘In South Asian culture the stigma of shame is so strong that they would rather people suffer in silence than risk being seen as different or troubled. It’s all about appearances, and ultimately, marriage. They worry that admitting to mental health issues will make the family look bad, therefore, no one will want to marry in. They have entirely the wrong priorities.’

So how to combat this shame? And how to acquire the language needed to talk about mental health? Fiction, memoir and poetry gives us one way forward. A new collection called The Dizziness of Freedom features fifty poets who speak out about mental health. ‘In literature, people can find solidarity, people can see themselves,’ Linton says.  For her, the 1995 memoir, An Unquiet Mind, written by clinical psychologist, Kay Redfield Jamison, was hugely influential. ‘For me, as it was my first exposure to a professional, especially one in the medical and academic field, with severe mental illness. Her experiences shaped her research and her influence, and made me think that maybe my own could do the same.’ The poetry of Nayyirah Waheed and Ijeoma Umebinyuo ‘gave voice to my own conflicts and distress as a woman of colour in ways that other forms of literature had not been able to do.’

She wrote of how her father was told that he should pray his depression away; if he was not getting better it was because he was not praying hard enough

The Dizziness of Freedom is a collection which features fifty poets writing about mental health. Amy Acre, its editor, hopes that the book will act as a bridge – connecting anyone struggling to others with similar stories, and deepening the language they have at their disposal with which to speak out. ‘Poetry is great for this, because it allows you to articulate things that might feel unmentionable in everyday conversation. It was really important to us to have a wide range of voices and perspectives represented in the book – firstly because that’s the only way it would reflect reality, but also so that anyone who needs to could pick it up and see that they’re part of the conversation, and that they have permission to speak.’ 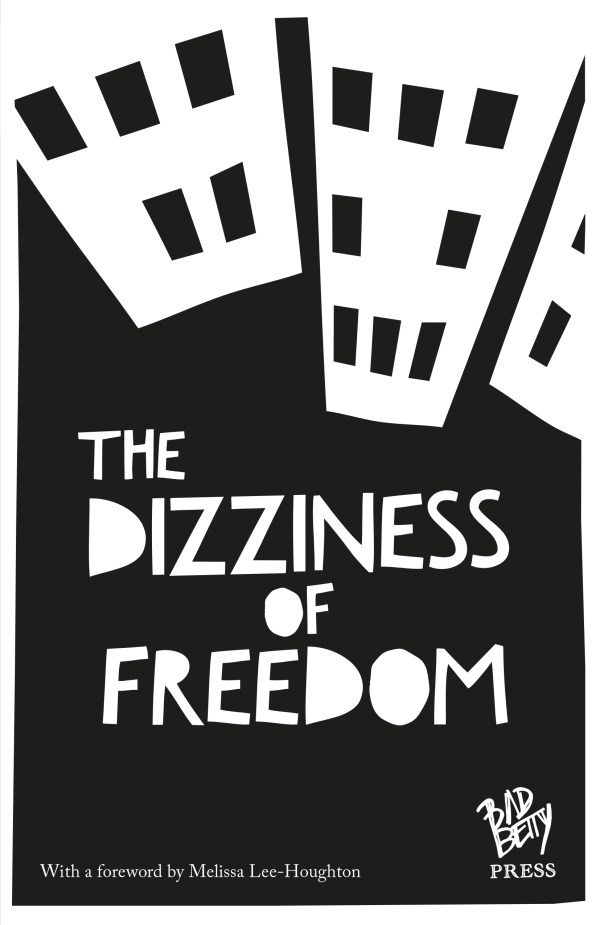 Saleem feels similarly, that when we see our own struggles in poems and books, it can help validate our feelings and make us feel less isolated and alone. Sometimes we don’t have the words but can borrow them from somewhere else, she says. In 2016, she published a piece called ‘This is What I Learned from My Father’s Depression’, in which she wrote of how her father was told that he should pray his depression away; if he was not getting better it was because he was not praying hard enough.

Writing about the topic helped Saleem to come to terms with her and her family’s trauma – not only her father’s mental health, but also the community’s reaction to it – and to begin to move through it. ‘I’ve found from my own personal experience that writing can help,’ she says. ‘When I wrote about my dad’s depression and how he was treated by the community I was full of anger and sadness but I was adamant his story be heard as a lesson for others. The response was overwhelming, so many people reached out to say they’ve had a similar experience and some even went on to get help for themselves or a loved one and that’s when I truly realised the power of writing. The more we share, the better.’

‘Mental illness comes in myriad forms, and the symptoms and circumstances that we live with are as wide-ranging as our experiences of people of colour.’ Rianna Walcott from the editor’s conclusion in The Colour of Madness 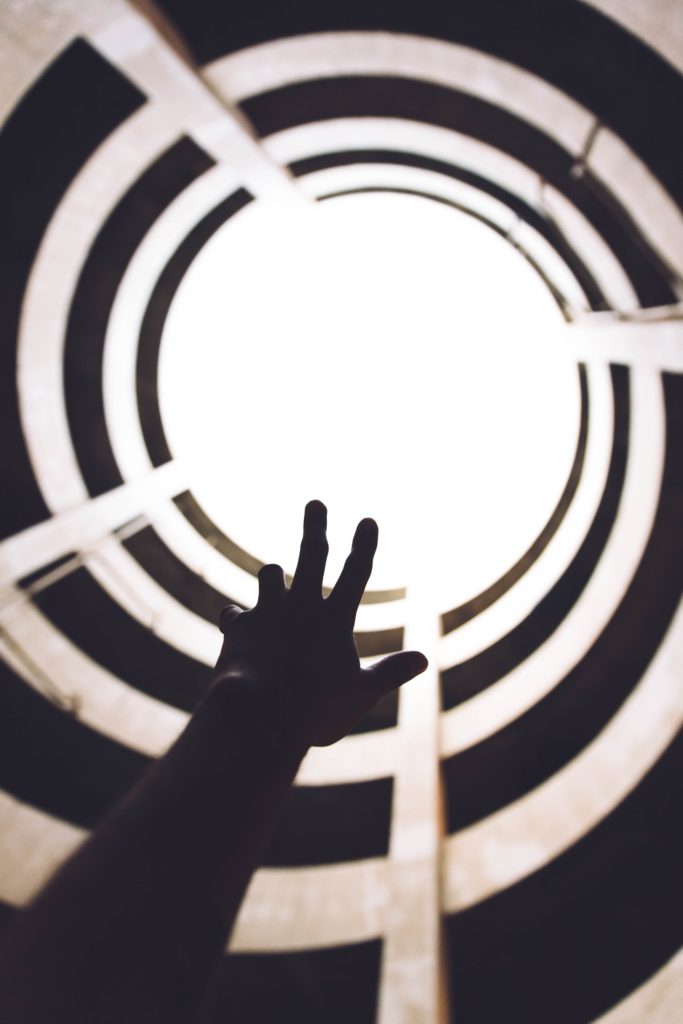 Linton hopes that the book ‘challenges the notion that mental health difficulties do not affect our communities’. But The Colour of Madness is not just for BAME communities; it is also aimed at those outside of it, who hold power. ‘BAME people are disproportionately affected by mental health problems,’ says Linton, ‘yet we are under-represented as decision makers. We have worse outcomes than our white peers and many of us feel failed by the system. We have been speaking, it is time for those in power to listen and to act.’ 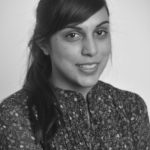 Sarah Shaffi is a freelance literary journalist and editor. She writes about books for Stylist Magazine online and is books editor at Phoenix Magazine. She is a judge for the Jhalak Prize 2019. Sarah is editor-at-large at independent children's publisher Little Tiger Group. She regularly chairs author events, and is co-founder of BAME in Publishing, a networking group for people of colour in publishing. Prior to this, Sarah worked at The Bookseller for four years.
@sarahshaffi
Tags :
Essay BAME Intersectional mental health race

How does it feel to be sectioned and sent to a psychiatric ward for life-threatening depression?

Battles against hope: philosophy in prison

A writer spent some time talking philosophy with prison inmates.

A writer reflects on silence, language and male mental health as the government appoints a suicide prevention minister.