By Nell Stevens
Essay | 8 minute read
If mansplaining is the unnecessary interjection of unwanted information, then womansplaining is this earnest sharing of hard-earned wisdom across the generations, says one writer

I’m having a conversation with my best friend about whether or not to have a baby. She is patient, listening while I go back and forth between imagined futures: child-free liberation and its potential regrets versus the fulfilments and inevitable trials of motherhood. I fret about money, about stigma, about disappointment, about pain, and she chips in occasionally with droplets of such profound wisdom that it takes me a moment each time to process what she is telling me.

I am, at the time of this conversation, a freelance writer, thirty-one, single. My best friend is a mother and an author, so she knows what is at stake for me in making this decision. Sometimes I say things she doesn’t understand, and all I hear back from her is bemused silence. But mostly we carry on this way – distress call and wise response – until I alight on a plan. I should mention, I suppose, that my best friend has been dead for 150 years.

She was born in 1810, and died in 1865, and is the author of Mary Barton and North and South and Cranford. Her name is Elizabeth Gaskell, but I always refer to her using her title, Mrs Gaskell, because that was what she put on the cover of her books, and despite my political qualms about categorising women by their relationship status, I can’t help but feel it suits her. It makes no sense, I know, to call her my best friend, and yet that is the most accurate term I can find for my relationship with her, somewhere between mother–daughter, shrink–client, sister–sister: best friend.

Her voice is so piercingly alive that it feels new and relevant to me centuries later. She is my guiding light

I have been turning to Mrs Gaskell for advice for years now. I wrote my PhD thesis about her and her peers, and once I graduated, I wrote a book about her, and about me, the ways in which I understood her life through the lens of mine, and, more importantly, my life through the lens of hers. In her novels, her short stories, and particularly her letters, her voice is so piercingly alive that it feels new and relevant to me centuries later. She is my guiding light.

‘I think an unmarried life may be to the full as happy’ as a married one, Mrs Gaskell says, ‘but I think there is a time of trial to be gone through with women, who naturally yearn after children.’ This is from a letter in which she frets about the future of her unmarried daughter; she is trying to reassure herself as much as anything, but in the process, she also profoundly reassures me. Because in the century since she has died, science and technology have provided a previously unimaginable solution for the single woman who is ‘to the full as happy’ as her married counterpart, but who naturally yearns after children. I can have a baby using donor sperm, and this line from Mrs Gaskell’s letter is like receiving her blessing. 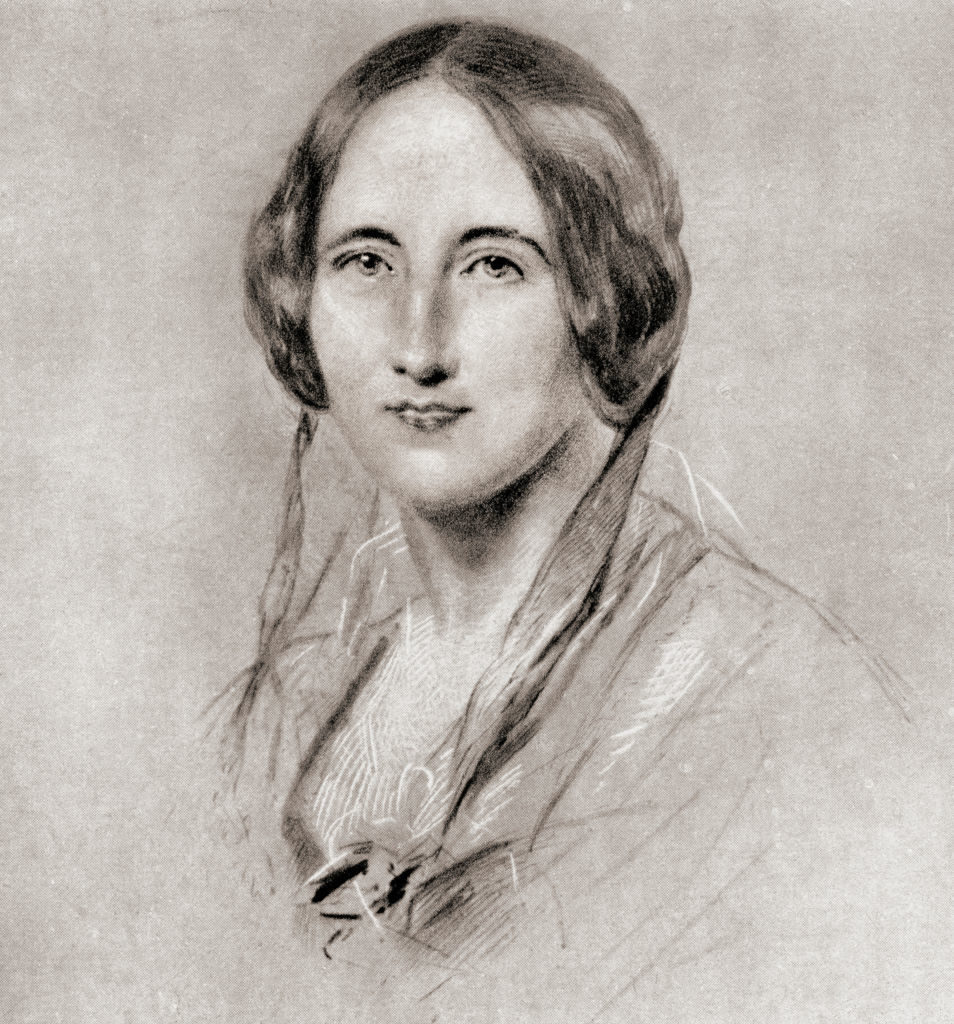 There is no time of trial for me to go through, because my yearning for children can be fulfilled. And I think, though Mrs Gaskell was married herself, she would perfectly understand my choice; she too treasured freedom and independence: ‘Nature intended me for a gypsy-bachelor; that I am sure of,’ she insisted. ‘Not an old maid for they are particular & fidgety, and tidy, and punctual, – but a gypsy-bachelor.’

Mrs Gaskell has answers to every kind of question: her wisdom is not confined to concerns of reproduction and love. Do I really have to go to work today, Mrs Gaskell? ‘The future must be met, however stern and iron it be.’ Is it very biblical to enforce the law, Mrs Gaskell? ‘Loyalty and obedience to wisdom and justice are fine; but it is still finer to defy arbitrary power, unjustly and cruelly used – not on behalf of ourselves, but on behalf of others more helpless.’ What will heaven be like, Mrs Gaskell? ‘Heaven will be a place where all books & newspapers will be prohibited by St Peter: and the amusement will be driving in an open carriage to Harrow, and eating strawberries and cream forever.’

There’s a disingenuous alchemy at play here, of course, and it’s one to which we are increasingly prone in the digital age. When I receive advice from Mrs Gaskell, I am turning one sense into another, am uprooting it from the circumstances in which it was written and transforming it into personalised counsel. I am not alone in doing this. Thousands of ‘author quotes’ float around the internet, gouged from their original context. They always look roughly the same, a black and white photo of a face, or else some soothing nature imagery, and imposed upon it, a sentence that is both loosely inspirational and vague enough to be applicable to myriad situations.

‘The beginning is always today,’ attributed either to Mary Wollstonecraft or Mary Shelley, websites not caring to distinguish between mother and daughter; ‘It is never too late to be what you might have been,’ over a photograph of a sunset and crediting George Eliot, whose oeuvre contains no such sentence. This impulse invades the physical world, too: Jane Austen’s ‘I declare there is no enjoyment like reading!’ appears on the British £10 note, despite the fact that, in Pride and Prejudice, it is spoken by the profoundly duplicitous Caroline Bingley, who is only pretending to like reading in order to flirt.

It has to do with a very specific kind of female communication, a sharing between and across generations

There’s something superficial in the way that we rely on the dead for advice. It’s not really advice if it has been cut out of one meaning and pasted into another; we’re just hearing what we want to hear. The dead, of course, can’t speak. So how is it that, knowing all this, I still consider Mrs Gaskell my friend? She can’t advise me, can’t even acknowledge me, from the grave. The dilemmas and possibilities of my life would have been unimaginable to her. But there is something real, nonetheless, in our relationship. I think it has to do with a very specific kind of female communication, an intimate sharing of knowledge between and across generations, that was practiced by Mrs Gaskell in the nineteenth century, and is practiced by me and my peers in the twenty-first.

I still remember vividly the day when, as a pre-teen, I went to a friend’s house to play and, instead of pretending we were movie stars or dressing up her dog or whatever else we normally did, we sat in her room and talked. It felt revelatory: that this could be a way of spending time, that hours could be devoted to something as simple as speaking and listening and exchanging experiences. We knew this was something our brothers and their mates did not do. We knew, even then, that we had inadvertently initiated ourselves into something feminine and important. We haven’t stopped talking since. 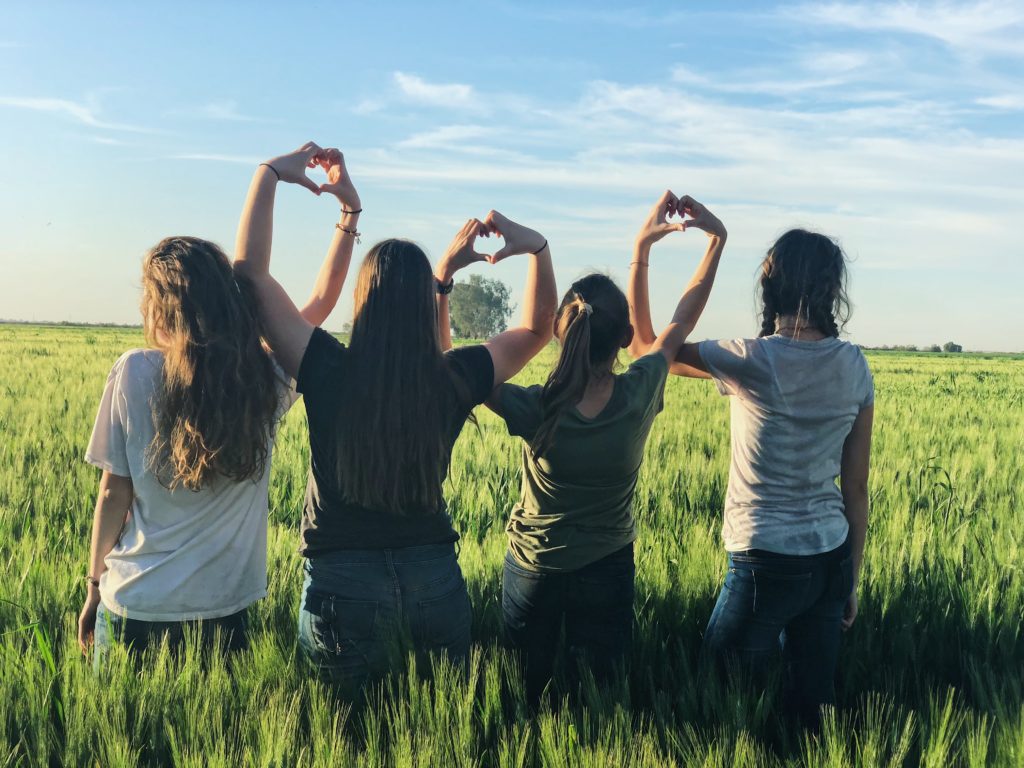 ‘The relationship I have with these women is, in many ways, the grand romance of my life’ (Photo by Melissa Askew/Unsplash)

With talking comes action, of course: acts of devotion that outshine almost any performed by the men I have dated. Holly drove through London during the riots of 2011 to collect me from the flat where I had just broken up with my boyfriend. Izra drafted text messages to lovers, who had no idea they were communicating with a committee. Gabrielle has collected me from hospital countless times, and once, visiting me in the recovery ward after I’d had a particularly painful operation, spent hours disentangling, dry shampooing, and plaiting my unwashed hair. Louise once took a day off work just so she and I could go to the zoo when I was feeling low. And there have been flowers, so many bouquets, delivered between us for birthdays, celebrations, losses, bereavements: a criss-crossing of florals across the country, between our homes, like a second language. The relationship I have with these women is, in many ways, the grand romance of my life.

In my period of indecision about single parenthood, it is only natural, then, that I seek advice from the women around me: child-free women, mothers, grandmothers, single and married, gay and straight. It is to women I turn, have always turned, for knowledge and comfort and help, and they have always been there to guide me. If mansplaining is the unnecessary interjection of unwanted information, then womansplaining, in my experience, is this earnest sharing of hard-earned wisdom between mothers and daughters, aunts and nieces, between friends.

My child may not have a father, or even a father figure, but he or she will be rich in mothers

I hold the baby of my friend Louise and ask her to imagine how she’d look after him if she were single: ‘How would you shower?’ I ask. ‘Where would you put him when you ate? What would you do if you got ill?’ For some of my questions there are solutions. At other times, she tells me that she does not know how she’d do it, only that other people have managed it in the past, continue to manage it. The baby drools and I mop his chin, I coo at him, I give him my finger to squeeze in his fist. ‘I’ll help you,’ says Louise. ‘We all will. You’ll be able to do it because we will all help you.’ 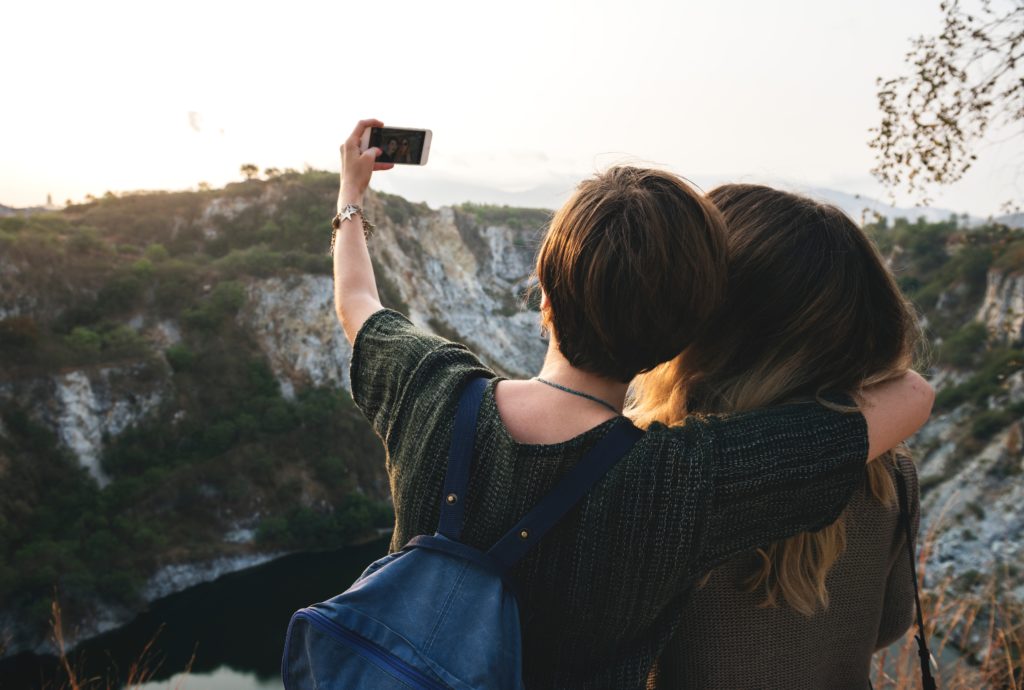 This is how I come to the decision to have a baby: alone but supported, single but one of many. It is the beginning of a journey that holds heartache as well as joy. I will go on to have a miscarriage, and then, unexpectedly and life-alteringly, to fall in love with a woman. Still, my desire to become a parent hasn’t faltered. Perhaps, at some point in the future, I’ll find myself responsible for the wellbeing of a screaming infant, a destructive toddler or a self-destructive teen. If I do, it will be to the women in my life that I’ll turn for advice. My child may not have a father, or even a father figure, but he or she will be rich in mothers. And amongst them will be long-dead, long-loved Mrs Gaskell, who is always ready with a wise word, always distant, always close, and always, despite herself, alive. 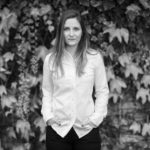 Nell Stevens is a writer and lecturer based in London. Her first book, 'Bleaker House' (Picador), is a blend of memoir, fiction and travelogue that explores writing, not writing, and the narrow spaces between real life and fiction. A second memoir, 'Mrs Gaskell and Me' (Picador) was published this year. She teaches Creative Writing at Goldsmiths, University of London (Photo by Mat Smith).
@nellstevens
Tags :
Essay Female friendships Mansplaining Mrs Gaskell Women