By Natalie Haynes
Essay | 7 minute read
It is over four centuries since Don Quixote first donned his armour and took Sancho Panza on a mind-distorted adventure, and he continues to be an inspiration in almost every cultural medium.

In the 2018 Netflix show, Maniac, Owen (Jonah Hill) and Annie (Emma Stone) are experiencing hallucinations when they meet, having been admitted to the same experimental treatment programme. Annie turns out to be obsessed with Don Quixote, which she swears she will read once she is well. Cervantes’ novel is a recurring theme through the series: the story of a man who can’t differentiate between reality and imagination is the ideal companion for two characters who have precisely the same difficulty. Opening on London’s West End stage at the same time was the RSC’s production of Don Quixote, directed by Angus Jackson and starring David Threlfall and Rufus Hound alongside acrobats, puppets and more.

More than 400 years since Don Quixote first donned his armour and took his neighbour Sancho Panza on an adventure through the world and his own distorting mind, he continues to be an inspiration in almost every cultural medium. Indeed, Maniac isn’t Emma Stone’s first brush with the story: she won a Best Supporting Actress Oscar nomination for her role in Birdman, in which Michael Keaton played an actor who can no longer differentiate between his own frail middle-age and the all-powerful superhero he once played on screen. Like Quixote, he suffers from a hallucinatory confusion that is both magnetic and deeply dangerous.

The Ingenious Nobleman Sir Quixote of La Mancha, or Don Quixote as it is more commonly known, is one of the most influential books in Western culture. Its reach is literary, cinematic, even linguistic. Musicians aren’t immune to the appeal of Quixote either: from Nick Kershaw’s ‘Don Quixote’ to Dusty Springfield’s ‘The Windmills of Your Mind’, to the band They Might Be Giants, who took their name from a film about a man who deludedly believes himself to be Sherlock Holmes.

‘One of Quixote’s greatest admirers – Terry Gilliam – has gifted us another adjective: Pythonesque. But he might equally be described as quixotic. The fantasist, the dreamer, the idealist’

We still describe someone battling imagined enemies as ’tilting at windmills’. The hapless knight’s belief that windmills are giants is surely his most celebrated confusion. And the word ‘lothario’ comes from Don Quixote: the original Lothario is a nobleman asked by his friend Anselmo to test the fidelity of the latter’s wife. The eponymous hero has even given us his own adjective – quixotic – so successfully does he stride off the page and into our imaginations.

One of Quixote’s greatest admirers – Terry Gilliam – has gifted us another adjective: Pythonesque. But he might equally be described as quixotic. The fantasist, the dreamer, the idealist: these men populate Gilliam’s work, his onscreen alter-egos. They are as much a part of him as the giant animated foot which terminates Monty Python sketches at will. From The Adventures of Baron Munchausen to The Imaginarium of Doctor Parnassus, Gilliam has always produced tales of men on fantastical adventures, often with an assortment of sceptical companions and unattainably beautiful women to remind us of loyal Sancho and the beautiful Dulcinea.

The moral, philosophical elements of Don Quixote also come to the fore in one of Gilliam’s best-loved films, The Fisher King (1991). Jeff Bridges and Robin Williams co-starred as Jack and Parry, on a perilous quest to find the Holy Grail. The fantastical elements are there: the commuters ballroom-dancing in Grand Central Station is one of the most beautiful scenes in Gilliam’s career. The terrible violence (literal and psychological) unleashed upon the two men is a direct echo of the beatings sustained by Quixote and Sancho. But in the end, the story is about love, grief and acceptance. It is both an adventure and a meditation on the profound grace which can be unlocked from within the most damaged soul.

But if Gilliam has been inspired by Quixote, he has also been haunted by him. His attempts to film a version of Don Quixote have provided him and his fans with almost three decades of disappointment. By 2002, the saga of failure was turned into a compelling documentary, Lost in La Mancha. And even the filming of that was disrupted by flash floods. After twenty-nine years and multiple re-castings, Gilliam’s film, The Man Who Killed Don Quixote, was finally shown at the Cannes Film Festival in 2018. It finally debuted at Cannes in 2018, after Gilliam and his former producer became embroiled in a legal dispute. Compared with filming Don Quixote, tilting at windmills might seem the saner option. 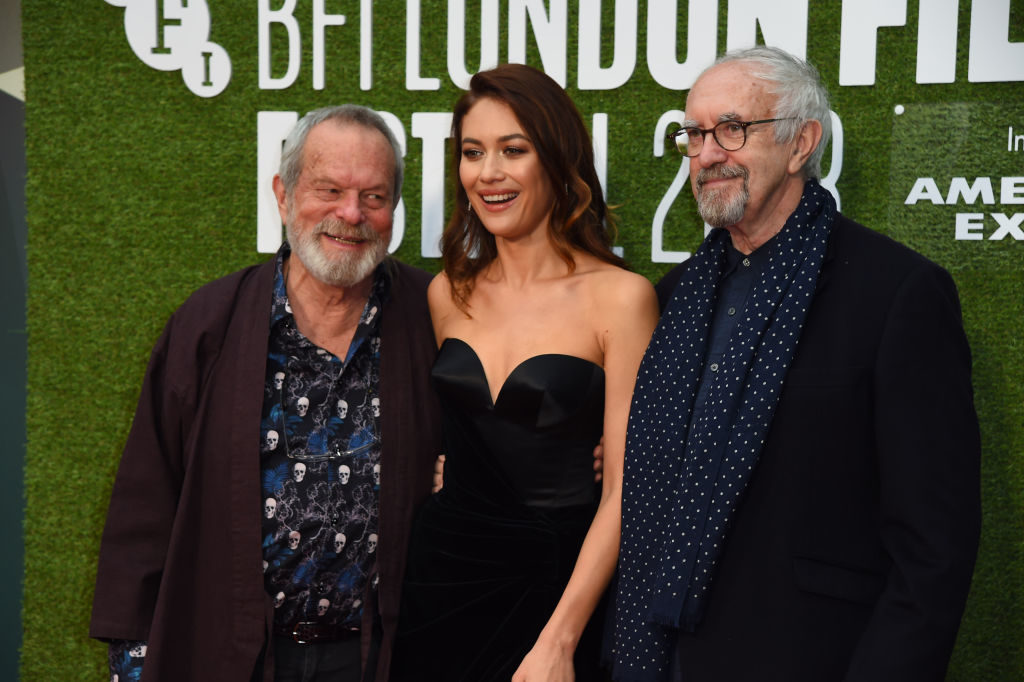 Terry Gilliam, Olga Kurylenko and Jonathan Pryce at the European premiere of The Man Who Killed Don Quixote (Photo by GMP Media/SOPA Images/LightRocket via Getty Images)

Many of our favourite action heroes owe more than a little to the man from La Mancha. It is a trope of the genre that anyone who decides to pursue a seemingly-hopeless quest will be viewed – by rivals, friends and enemies alike – as crazy. This is no less true if he is ostensibly sane. Indiana Jones (played by Harrison Ford, the quintessential long-suffering everyman) is always on a search for something impossible: the lost Ark of the Covenant, the Holy Grail. Unlike Quixote, he is a reluctant quester, drawn into it by circumstances (government officials, his missing father, the increasing power of the Nazis). His boyish enthusiasm is undeniable once the quest gets underway.

But surely this respectable academic isn’t delusional in the way that Don Quixote is? Perhaps not (although there is a scene in Temple of Doom when he is bewitched and cannot recognise his own friends). But his dogged pursuit of the fantastical against odds which are impossible (beating the full resources of Nazi Germany to find the Holy Grail and countless brushes with death along the way) certainly suggests a delusional outlook. Dr Jones tries to overthrow the Nazis by finding archaeological relics before they do. To quote the most famous song from the 1965 Broadway musical, The Man of La Mancha: Indiana Jones has an impossible dream.

‘Retellings of the Quixote story are almost always centred on a male character. Delusional women are rarely seen as heroic or mock-heroic. They are usually presented as tragic’

And on the off-chance that audiences didn’t notice the quixotic nature of Indiana Jones, Steven Spielberg gives us a little nudge in The Last Crusade. Dr Jones and his father Henry (played by Sean Connery, who never looked like he was having more fun than as the brilliant yet buffoonish professor) escape a Nazi stronghold in their pursuit of the Holy Grail. They travel by motorbike and sidecar: the vehicle tricks us into thinking we see a tall hero and his squat sidekick, like Quixote and Sancho. As they make their escape, they are pursued by a gang of motorcycling Nazis. Ever the improviser, Indiana reaches for a flagpole and breaks it off. He uses the flag as an impromptu lance and unseats one his pursuers. He may be a doctor of archaeology, but he is also a medieval knight on a quest.

Retellings of the Quixote story are almost always centred on a male character. Delusional women are rarely seen as heroic or mock-heroic. They are usually presented as tragic: Norma Desmond in Sunset Boulevard, Grace Wheeler Willis in Columbo: Forgotten Lady. The delusions tend to be internalised rather than externalised. These women believe themselves still young, still famous, still desired. The most delightful exception to this rule is Zootropolis, in which a female rabbit decides against all the odds to move to the big city and become a police officer, although bunnies are usually much too fearful of large predators to consider such a life. Again, as if to confirm the quixotic elements of the story, hallucinations play a pivotal role in the plot. 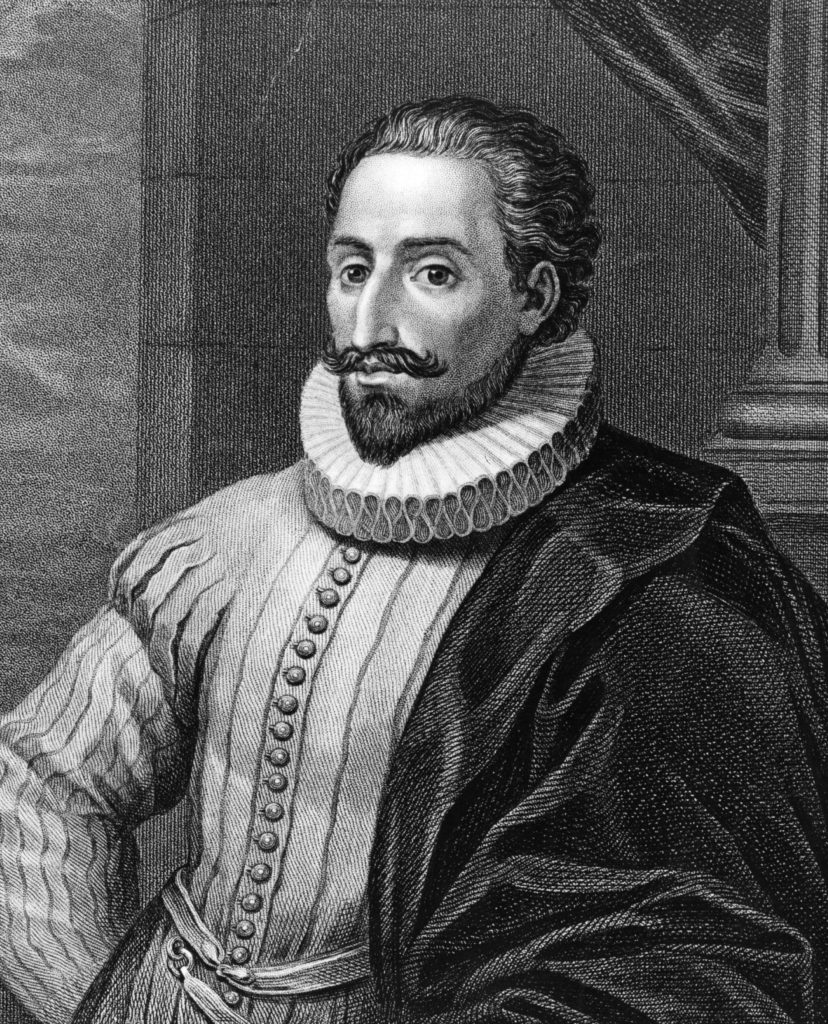 Spanish-language authors have always been inspired by Cervantes. The Captain Alatriste novels, by Arturo Pérez-Reverte, owe a little nod to Cervantes, too: they are set in the period immediately after the publication of Quixote. Perhaps the greatest reworking of Don Quixote is a slyly brilliant short story by the Argentinian writer Jorge Luis Borges, published in 1939. ‘Pierre Menard, Author of the Quixote’ is about a twentieth-century writer who decides to rewrite Quixote word-for word in seventeenth-century Spanish. It is neither a translation nor an adaptation, but an attempt to recreate the original text in a modern era which would make it an essentially different book.

Is it a hopeless quest? The narrator tells us that the new version would be in many ways superior to the original. The language will have a different weight because of the 300 years that have passed. Like Don Quixote itself, the story is elusive and strange, impossible to categorise. It’s a story recommended by Douglas Adams (whose Arthur Dent is an anti-Quixote: an eminently sane man to whom impossible things keep happening no matter how much he refuses to notice), who said, ‘You should read Jorge Luis Borges’s short story “Pierre Menard, Author of the Quixote”. It’s only six pages long, and you’ll be wanting to drop me a postcard to thank me for pointing it out to you.’

So we end as we began, as the song goes: like a circle in a spiral, like a wheel within a wheel. The essence of Quixote in every retelling is a hero who is both noble and deranged, taking on a task which is both impossible and vital. And in spite of his frailty, or perhaps because of it, he offers us something precious – the hope that even in our madness we are inspired. 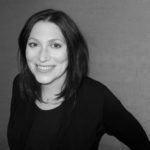 Natalie Haynes is a writer and broadcaster. She is author of three novels and one book of non-fiction. She writes for The Guardian and was a columnist for The Times. Her BBC Radio 4 show, Natalie Haynes Stands Up for the Classics, will have its fourth series in the summer, and she is a regular contributor to Front Row and Saturday Review.
Tags :
Essay Birdman Cervantes Don Quixote Emma Stone Maniac Monty Python Netflix quixotic Terry Gilliam

We are always translating, argues Boyd Tonkin in the introduction to his new book, even if we have never learned a single word of any other tongue.

Matt Cain on his heroes, villains and why laptops over pen and paper wins every time.