read on
Photo by Joseph Anson/Unsplash

By Sarah Moss
Essay | 5 minute read
It's a lonely place. And filled with figures from the past too, as Sarah Moss discovered one summer long ago

I have been fascinated by archaeology from early childhood. I had a Child’s Guide to History that had been my mother’s in the 1950s, which began with a family sitting cosily around the fire in a cave while sabre-tooth tigers prowled the hillside outside. The image appealed to me in much the same way as the scene in Little House on the Prairie where the wolves circle the house, howling in the moonlight, and Pa and Laura watch from the window, his arms around her: a fantasy of protection, of domesticity as a place of safety.

My family spent weekends hill-walking in Cumbria and Yorkshire so there were plenty of encounters with archaeological sites. Several summers in Orkney, where a child could range freely, let me pass time alone with stone circles and chambered cairns. I liked the tombs perhaps partly because I was afraid of bones and bodies, because I needed to keep measuring my fear. The mummies from the museum stalked and crept through my dreams, and the rattling of our Victorian radiators was bones clacking over wooden floors in the night. My own capacity for horror enthralled me, and sometimes I pretended to have nightmares when my insomniac thoughts made me scream in the middle of the night.

I couldn’t decide whether to do English or Archaeology at university. In those pre-internet days, I found, somehow, that the University of Sheffield would take young volunteers on its summer digs, and I wrote to the professor in charge. Yes, he said, I could join their excavation of a Roman town. I would need to bring a tent, a sleeping bag and a trowel and come to a small village in southern France.

Finds, possessions of the long-dead, their tools and necklaces, cooking pots and shoes, newly returned from 2,000 years under earth

We had tents and sleeping bags, and I had been precociously spending my summers wandering Europe and practising languages for several years. Come August, I packed a rucksack and set off: bus to the airport, plane to Paris, metro, train, smaller train, bus. I arrived in the village at dusk. There was a church, a paved square with benches and plane trees, a shuttered bakery. I sat on a bench under a tree and waited, and then waited some more. It began to cross my mind that I might need, quite soon, to take action, although since there were no more buses that day and there was no one around and anyway I had very little money, it was not clear what that action might be. I should perhaps find somewhere to pitch my tent before it became too dark to do so. I had been hungry for a while.

A rusty van came down the road and stopped. A bearded man wearing white socks with his shorts, sandals and checked shirt got out: a British academic. Sorry he was late, the van was unreliable and he’d stopped on the way for provisions. Hop in, we had a way to go. The gears crunched and the engine laboured, the headlights showing only the narrow roads. We went up hills, round tight corners. It was just as well I hadn’t eaten. I made conversation as I had been taught to do. 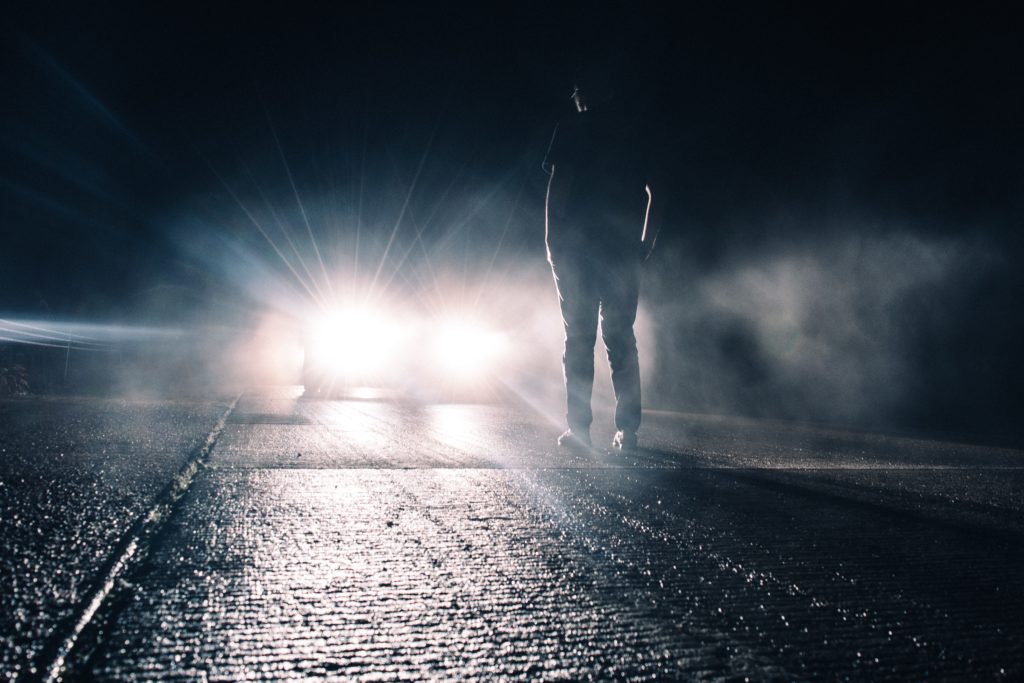 We came to a cobbled lane, a gathering of buildings, one street light flickering with bats. It’s too late, the professor said, to pitch your tent tonight, you’ll be all right in the Maison Domat for now. The village, he said, was lending the university two derelict medieval houses for the storage of finds, on condition that they paid for basic restoration at the end of the summer. The houses were now dry and structurally sound, I could sleep upstairs. Well, up the ladder. He had a torch and helped me carry my backpack into the small stone house, over the stone floor to the wooden ladder and the trap door. There was a wooden floor up there, and a trestle table and stacks of plastic storage boxes. Finds, possessions of the long-dead, their tools and necklaces, cooking pots and shoes, newly returned from 2,000 years under earth.

The street light outside cast shadows though the window-hole, and there was the smell of old stone and dust. By the light of the professor’s torch, I unrolled my mat and pulled out my sleeping bag and pyjamas. I suppose there must have been somewhere to pee, maybe brush my teeth, but I don’t remember it. Goodnight, he said, suddenly awkward, a middle-aged bloke alone in a dark house with a teenaged girl who was going to bed. See you in the morning.

I had no idea where I was. No one I knew had any idea where I was, which was a more common situation then than now but still, under the circumstances, a somewhat uncomfortable thought

I did not look around. I stripped, pushed the worn pants and socks to the bottom of my rucksack, put on my pyjamas with the strawberry print, sat on my mat and wriggled into the sleeping bag. I lay down, flat on my back because the mat wasn’t thick enough for any other position to be comfortable. Eyes adjusted to the dimness, I looked at the medieval rafters, the undersides of the tiles. I looked at the table, out at the street light. I had no idea where I was. No one I knew had any idea where I was, which was a more common situation then than now but still, under the circumstances, a somewhat uncomfortable thought.

I woke at dawn. There were cockerels nearby and sunlight on my face, and of course my back was stiff. I sat up, looked to my left and saw that I had spent the night measured against a Roman skeleton, but she had done me no harm, had left even my dreams undisturbed. 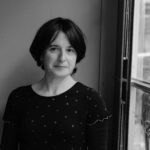 Sarah Moss is a Professor at the University of Warwick. Ghost Wall is her sixth novel, following Cold Earth, Night Waking, Bodies of Light, Signs for Lost Children, The Tidal Zone & a memoir about living in Iceland, Names for the Sea. She has been shortlisted for the Wellcome Book Prize three times & the RSL Ondaatje prize once. She has written for many national newspapers, and been interviewed on Radio 3 and Radio 4. She lives in Coventry with her husband & two sons (photo by Sophie Davidson).
Tags :
Essay Archaelogy Halloween Horror