By Roger Clarke
Essay | 8 minute read
Nobody claims to see this decapitated apparition anymore - why is that?

I’m sitting here with some of the spook-books of my 1970s childhood, and one in particular stands out. The cover of Discovering Ghosts by Leon Metcalfe (1972) has the full house when it comes to apparitional acephaly (as headlessness is sometimes called). A coach and horses thunder down a twilight drive, away from a castellated building, with the two horses, and the driver, headless. A thought struck me. Nobody claims to see headless ghosts these days – why is that? They were once a bountiful part of England’s spectral landscape. Now they’ve fallen from favour. They’re not glimpsed any more in minstrel galleries or castles, in subdued East Anglian country lanes, sequestered execution sites or howling woods. That’s because what we want from ghosts changes, roughly every hundred years.

In medieval times they were heavenly intercessors, preparing individuals for a righteous death. In the time of Shakespeare they were demons pretending be to the spirits of people and wearing the faces of loved ones. In Georgian times they were often legal emanations who fussed about wills and bequests and codicils. In the Victorian era they were for the first time to be questioned in formal seances. Then came a vogue for poltergeists, a vogue for ghost-hunts. By the 1950s we were back on the spiritualist bandwagon, with American writer Hans Holzer suggesting that ghosts were disorientated and unhappy and needed therapy. In more recent times, ghosts, according to some surveys, are little more than a ‘feeling’ – so very far away from the visual horror of the headless apparition.

The severed head that talks is in fact a very ancient motif in Western magical thought. In strictly British cultural terms the headless ghost is really a hangover of a rather special group of saints known as cephalophores – and in particular St Edmund the Martyr, England’s lost patron saint and the king of East Anglia in the ninth century. After he was tortured to death by the Danes his head was thrown into the thickets of a wood. Sometime later the Saxons went looking for it, crying out in the strange hope the head might reply. Reply it did: ‘Here, here, here’, it said. They found the head, and it was guarded by a wolf, who had the bloodied thing between its paws.

There are a great many images, statues and ancient peeling murals of saints bearing their own heads in the Roman Catholic Church in general

St Edmund was buried in Bury St Edmunds, which became the object of a very lucrative pilgrimage industry. His remain were dispersed in the Reformation, and when what purported to be his relics were to be returned from France, no lesser authority than the medievalist and ghost-story writer M. R. James made a statement to the Bury and Norwich Post on 10 September 1901 to cast doubt on their authenticity. He never did use a headless ghost in his stories – his ghosts were too nimble – but he did perhaps use the three crowns of St Edmund’s standard in his story ‘A Warning to the Curious’. There are a great many images, statues and ancient peeling murals of saints bearing their own heads in the Roman Catholic Church in general.

The severed head, most agree, had ritual significance to the ancient Celts. Roman writers including Diodorus Siculus recalled with some horror the lust Celtic warriors had for collecting the assorted heads of their slain enemies, which they would preserve and keep in wooden chests, or hang from the harness of their steeds. It’s not just a Roman calumny as some have suggested, since Cuchulainn, the legendary warrior of Ulster, is recorded at least once returning from battle with a collection of heads. London is watched over by a talking head – that of Bran the Blessed, which gossiped away to its companions as they transported it from Wales to be buried under what is now the Tower of London. The ravens who gleam in the sun there – so beloved on Twitter – are his children.

The acephalous tradition seems to have crossed the Atlantic and is probably best preserved in ‘The Legend of Sleepy Hollow’ by Washington Irving, who actually wrote the story while in England – in Birmingham, to be precise. This great American myth is one of the best-known in US literature and tells the tale of Ichabod Crane, a bird-like schoolteacher on the rustic perch of upstate New York who finds himself entangled with a headless horseman who is haunting the woods. Pursued by the phantom, Ichabod crosses a bridge which he knows the ghost cannot traverse – and feels safe up to the point the headless horseman throws his head at him. All that is found the next morning is a hat and the pulp of a smashed pumpkin. 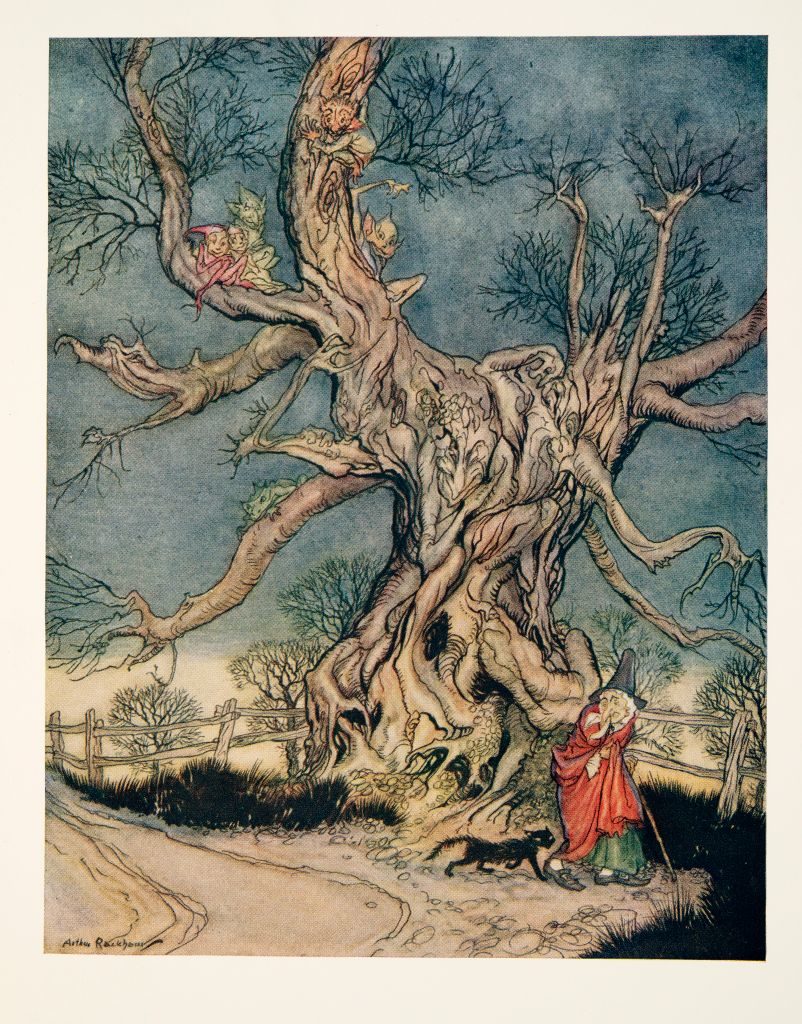 As an Anglophile, perhaps Irving’s heart is with the Headless Horseman, said to be a Hessian – a German cavalryman sent over by George III from his own German fiefdom to fight in the American War of Independence – rather than with Ichabod Crane. The Hessian is a creature of the woods, a hickory haunt, and an avatar of immemorial gloamings rather than the modern commercial world. Irving appropriated the British headless tradition and set in firmly at the heart of American Halloween. The headless ghost is simultaneously an early nineteenth-century cartoon and a representation of something autochthonous and ancient. How vividly the Victorians jumped on acephaly as an absurdist parlour-game and way of celebrating the invention of cinema and the photograph.

Oscar Rejlander is widely credited with creating a certain kind of trick photograph in which the subject has removed their own head and is nestling it jovially between their legs. Rejlander is a mysterious figure who was friends with Lewis Carroll and worked with Charles Darwin. His tricks had their influence. Early cinema too was full of decapitations as supreme sleight-of-hand. The first-ever special effect in any film was that of Mary Queen of Scots’s head popping off in Alfred Clark’s The Execution of Mary Stuart (1895). Film pioneer Georges Méliès was happy to play around with his own bearded and balding bonce in films such as The Man with His Head in a Cabinet (1901).

For me the role of the headless ghost is quite simple in visual terms … Should you meet one, it is unequivocally, totally and finally dead

These days the headless figure occurs as a kind of fond footnote, as in the Harry Potter films, where the Elizabethan ‘Nearly Headless Nick’ is played by John Cleese in a playful homage to Victorian cinema. For many years they were a kind of off-the-shelf ghost much like phantom carriages, lovelorn nuns and wuthering highwaymen. It’s noticeable that you don’t really get any headless ghosts who aren’t royalty or saints, people at the top of the social tree. The purpose of the stately home ghost is mostly heraldic, a blue-blood proof of ancestry.

Headlessness was status. In Northumberland, according to Westwood and Simpson’s The Penguin Book of Ghosts, a ‘death-hearse drawn by headless horses and driven by a headless driver was a sure omen of the imminent death of some important person on the parish’. And so consequently the acephalous-as-fearful decline seems tied to the decline of the British aristocracy. Lord Salisbury’s government of 1885 was, according to Barbara Tuchman in The Proud Tower, the high watermark of aristocratic executive power. But the bloodied ruff of the disgraced earl and the recusant mouldering marquess would be replaced with something a little more egalitarian. Oscar Wilde satirised such off-the-shelf ghosts in the various forms his ghost of Sir Simon took to frighten an American family in The Canterville Ghost, published in 1887 – ‘The Headless Earl, a Strangled Babe, the Blood-Sucker of Bexley Moor, Suicide’s Skeleton, and the Corpse-Snatcher of Chertsey Barn’. 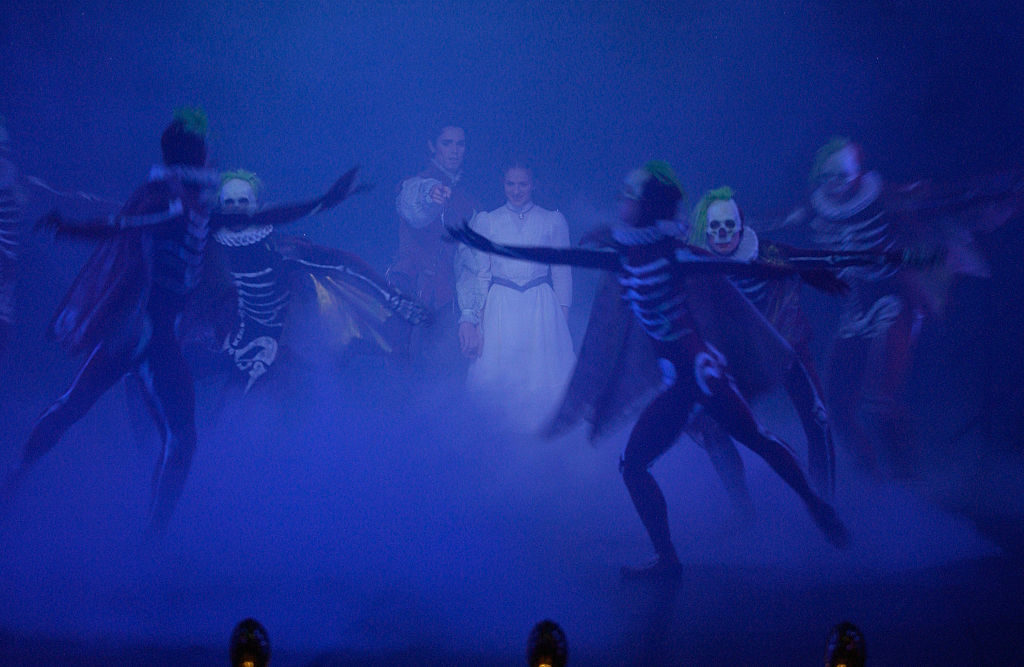 Apart from the odd appearance in music hall, by the 1930s the ancient precedence of the headless ghost was all but over. By then the world had moved on to the ghost-hunting antics of Harry Price at Borley Rectory and Duke University’s Parapsychology Laboratory, which investigated powers such as psychokinesis.

An authority on the subject of folklore and the occult, Owen Davies sees acephaly as an anxiety existing around the formal exigencies of Christian resurrection, and the idea that bodies must be intact to be resurrected at the last trump. There were no headless ghosts in Ancient Rome or Ancient Greece. They are indeed a liturgical efflorescence of the Celtic and then the Saxon churches based on immemorial belief systems. Why did they persist? For me the role of the headless ghost is quite simple in visual terms. There is no ambiguity. Should you meet one, it is unequivocally, totally and finally dead. It’s a big blood-clot of deadness.

I once held a famous haunted skull in my hands. It was December 1989 when I was lent the use of a Jacobean manor house, Bettiscombe House, in Dorset, by the owner. The skull does not, as it happens, feature in Discovering Ghosts (which includes a headless hound and Anne Boleyn travelling with her head in her lap). But I knew all about it, reading about it and thrilling to it as a boy. As the story goes, the skull screams when removed from the house. Screams and screams till its own teeth rattle. A great calcified gollop of air.

Late one afternoon I went up to the attic to see it, where it had been cautiously secured in a wooden box and a Bible placed firmly on the lid. Inside it was still and quiet, the very sleeping presence of death. I did not test the legend by taking it out onto the winter lawn that evening, just before Christmas, to see if it would ring the hills. I’m glad I spared myself that possibility. 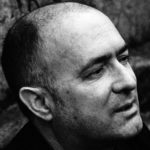 Roger Clarke was born in 1963 and after being fostered and adopted grew up in a haunted house in the Isle of Wight before attending Magdalen College at Oxford University. In 1992 he wrote an opera libretto on the subject of Rimbaud for ENO and Almeida theatre and was for many years a film critic on The Independent newspaper. His book A Natural History of Ghosts is published by Penguin and has been translated into many languages, including Japanese and Korean.
@Skionar
Tags :
Essay Apparition Ghosts Halloween Headless horseman

It's a lonely place. And filled with figures from the past too, as Sarah Moss discovered one summer long ago.