By Faiza S Khan
Essay | 7 minute read
White people get to be serious or frivolous in fiction so why must Asians always be shown to be suffering, or at the very least, struggling?

Firstly, a disclaimer: I am a romantic-comedy enthusiast who came of age in the era of eighties mega-soaps Dallas and Dynasty, accustomed by the age of six to mansions, oil fields and the sight of Joan Collins drinking champagne in the bathtub of her permanent suite at the Ritz Carlton. Show me an emerald the size of a bar of soap and my first reaction is not to recoil in horror at the superficiality of such a life but to want an ersatz version of my own.

So I thoroughly enjoyed Crazy Rich Asians but then if anyone was going to love it, it was going to be me. I am not the only person to have liked it, of course. With a cast of relatively untested all-Asian leads, Crazy Rich Asians has become the most successful studio rom-com since 2009’s The Proposal, which was fronted by box office royalty Sandra Bullock. A sequel is already in development, with studio executives on the hunt for similar projects.

Much has been made of its racial politics, some of which has been contradictory: that it offends with its stereotypes and, conversely, that it is opening the floodgates for actors of non-Western origin with its non-Western aesthetics. For me, it hasn’t ended Hollywood racism but that does seem rather a lot to ask of a movie. I am under no illusions about how Crazy Rich Asians has essentially had to charm its audiences into paying the ticket price – by throwing aspirational glamour at them – us – as if it seems to know that a mainstream audience is more likely to ‘suffer’ foreigners in comedies if their lifestyles are aspirational, beautiful, filled to the brim with Great Gatsby-ish glitz.

The film lays no claim to social realism and seems to me clearly intended as a bit of fun. Still, an all-Asian cast does feel like a radical act

No one can say how long it will be before Hollywood returns to its customarily xenophobic comfort zone, but all in all, this has been something of a massive success story for diversity in mainstream cinema. I don’t think anyone is obliged to like a product simply because it promotes diversity, but I have been surprised by some of the criticism it has received, not in the majority of film reviews, which have largely been positive, but in the comment pieces by people of colour who have often been less than enthusiastic.

The plot of Crazy Rich Asians follows self-possessed NYU professor (Constance Wu) accompanying her absurdly handsome boyfriend (Henry Golding) to Singapore for a wedding and discovering that in spite of their low-key existence in New York, he is in fact the scion of a ludicrously wealthy business dynasty. No one approves of their match, not least his steely mother (Michelle Yeoh). Somewhere in there is a makeover scene set to the fantastically retro-pop soundtrack of Material Girl in Cantonese, and the ‘party’ scenes are reminiscent of a Baz Luhrmann film set. 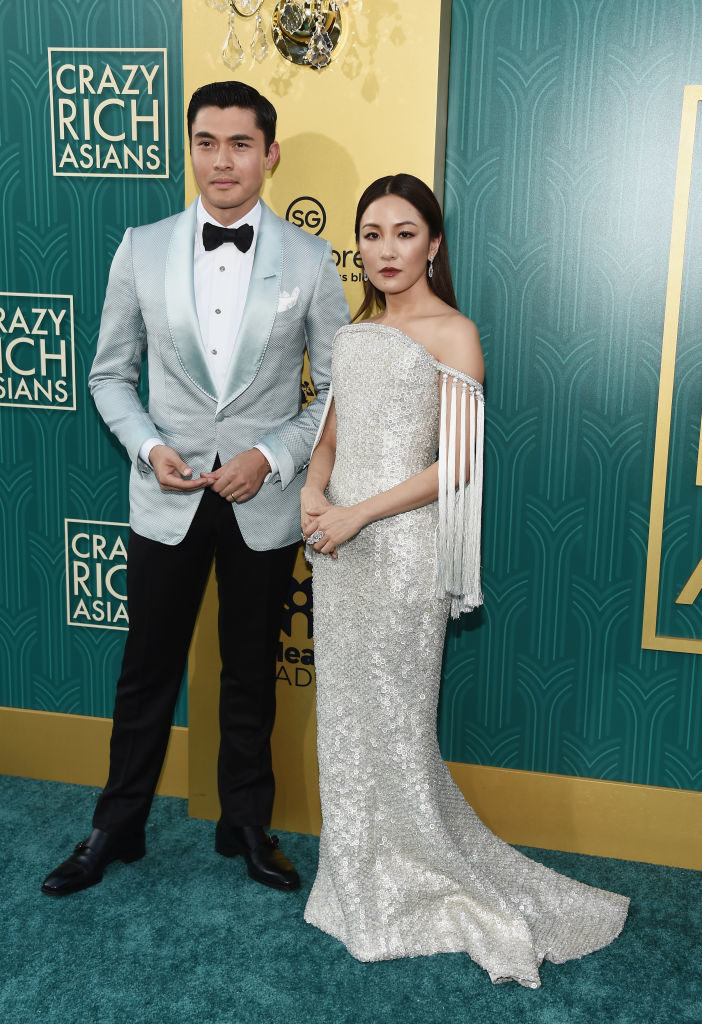 The film lays no claim to social realism and seems to me clearly intended as a bit of fun. Still, an all-Asian cast does feel like a radical act. My first reaction was anger at not having had the opportunity to fancy Golding before now. He may not be the most emotive performer but he is handsome, charming and immensely likeable – how fantastic for that to finally be enough to get him in a hero role.

I was also struck by the familiarity of so much of it, despite its cultural specificity: given that I am neither crazy rich nor East Asian. Dealing with the large circle of childhood friends it depicts is a familiar concept: those dear invaluable friends, the ones you have nothing in common with anymore and are, in fact, desperate to get rid of, but you are too interlinked. Maybe because I have spent some years in South Asia, I recognise that this stoical tolerance of old friends is sometimes the case in societies with rigid class stratifications. And of course, central to the plot of the film is the significance of family versus the fetishisation of individualism.

The film shows us that there is no one way for women to be ‘strong’, giving us an alternative model of female strength to the West’s conception of it, and it shows us that being the power behind the throne is not the same as being powerless. Women uphold patriarchal structures as much as anyone else, as also shown here (there is no corner of the world where it does not happen) but typically whenever you see it depicted in an Asian context, the common, but lazy, assumption is to think: ‘Oh look at these backwards traditional societies,’ even if this viewer is blindly kowtowing to patriarchy in ways which are so normalised to them that they don’t even notice it.

Asia has a billion stories to tell, but for the moment there seems to be a difference in the stories we tell each other, and the stories we think are appropriate to tell other people

Critics have accused filmmakers of insufficiently complex representation – the film sticks to one class and one ethnicity, and ignores Singapore’s growing inequality and the struggle of low-income families in one of the most expensive cities in the world. There have also been accusations of frivolity and the veneration of the super rich. Of course, in spite of its ostensible moral message, Crazy Rich Asians is more than a little in love with the fabulously wealthy lifestyle it purports to satirise – as are most films and books about the excesses of the rich. But I don’t recall Wes Anderson’s The Royal Tenenbaums (2001), as one example, getting flak for portraying rich New Yorkers, while out in the real world an estimated 40 million Americans live in poverty and almost 15 per cent do not have access to affordable food.

Tenenbaums inhabited a specific milieu and did it very well. I’m not sure why Crazy Rich Asians deserves censure for doing the same. Far less criticism has been directed towards Hollywood’s patently insincere Trump-era posturing, which has involved the discovery that it can actually give film and TV awards to non-white actors. Surely Trump was not preventing them from doing so earlier, nor forcing the industry to portray, say, Arabs as violent, imbecilic and venal for decades. For me, a few virtue-signalling speeches at the Emmys about America standing for inclusive values are not about to let anyone off the hook for playing a fairly large part in shaping the value system of a country that elected a bigot. 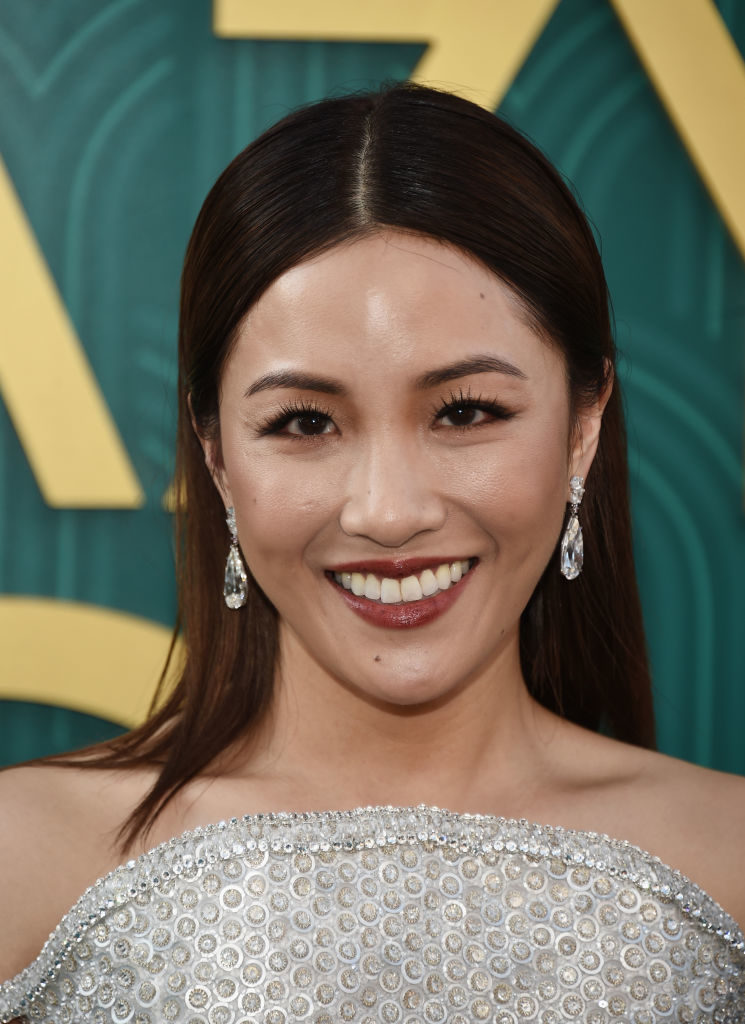 Genre snobbery, and the mistaken notion that the subject is more important than the execution, is nothing new and often well-meaning. Who has forgotten Charlotte Brontë’s dismissal of Jane Austen’s work, referring to her ‘carefully fenced, highly cultivated garden’, presumably meaning that Jane Eyre is a superior book to say, Emma, not because of the quality of the writing but because Brontë rips through tame civility and convention to give us sadism, death and a heroine unlikely to ever win the title of Miss North Yorkshire. In Dorothy Parker’s day, it was her American contemporary, Upton Sinclair, whom she eviscerated in A Socialist Looks at Literature. ‘[Sinclair] is off American writers because they do not always write of sweat-shops and child-labor, of mill-slaves and strikes and wages,’ she writes. ‘If this is literary criticism,’ she concludes, ‘then I am the National Guard.’

My real concern, though, is the way in which misery has been internalised as an obligation of fiction by people of colour, as a result of being exposed to it so often. I have found myself at Pakistani dinner parties speaking to women with subtle caramel lowlights, clutching YSL bags and complaining about Pakistani novels or movies they enjoyed reading but still didn’t find worthwhile because they were ‘so elitist’ (i.e. they featured, and dramatised, lives just like their own). Asia has a billion stories to tell, but for the moment there seems to be a difference in the stories we tell each other, and the stories we think are appropriate to tell other people. It is the same mindset which produced the hashtag #FirstWorldProblems, because apparently none of us ‘developing world’ Asians have – apparently – ever expressed irritation at a bad manicure, or the caterer running out of arancini halfway through a party, in our dismal Eastern lives.

White people get to be serious or frivolous, make tragedies, comedies and everything in between, but the efforts of Asians hence far have been rewarded in the international market if someone is seen to be suffering, or at the very least, struggling. It is not ‘authentic’ otherwise, and it doesn’t have heft, or so we are led to believe. Well, I think it’s rather marvellous to not have heft, and simply to be Asian, rich and fabulous, for a change. 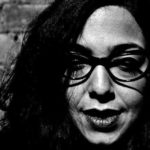 Faiza S Khan is an editor, columnist and critic. She is a consulting publisher at Bloomsbury Publishing in London. She has previously been based in South Asia, and worked as editor-in-chief of Bloomsbury India. Her writing and criticism has appeared in The Daily Beast, The New Republic, Caravan Magazine, The Wall Street Journal, India, The Financial Times, and The Guardian.
@BhopalHouse ‏
Tags :
Essay Crazy Rich Asians Stereotypes