read on
Photo by Catarina Carvalho on Unsplash

Not every villain has superpowers

By Asim Qureshi
Q&A | 6 minute read
Asim Qureshi on heroes and villains both fictional and real, and what he finds in the archives

I like to write in my study. There is something about being surrounded by my books while I write that is simultaneously encouraging and useful. So much of my writing is about building on the work of others, so having them close by allows me to access them but also just to feel like they are somehow involved in the writing process.

I like to read a lot, so it’s a little difficult to specifically say which was the best recent book, but Edward Snowden’s account of his life and rationale for being a whistleblower in Permanent Record very much moved me. I felt that in many ways his actions embodied the ethic of my own book. I also recently read Shoshana Zuboff’s The Age of Surveillance Capitalism, which I can’t deny really left me shaken due to the details of how much of our personal lives we are all willing to have commodified by corporations.

A few years ago I went to see a theatre production of Arthur Miller’s The Crucible at the Old Vic. It’s my favourite play and I felt the production really did justice to the themes that the play seeks to address. As someone interested in studying the impact of the War on Terror, the play always leave me with a sense of contemporary significance.

The Count of Monte Cristo completely blew me away

As a child I remember the first books that I read obsessively were the Shannara series by Terry Brooks – in particular his second book The Elfstones of Shannara. Personally it was his ‘bad guys’ that really intrigued me; they were powerful and terrifying, but just drawn in these brilliantly complicated ways. I think he was the first to really get me into fantasy fiction, which remains one of my favourite genres.

In my early teens I began reading the classics, and soon enough I came across Alexandre Dumas, whose Three Musketeer series and The Count of Monte Cristo completely blew me away. I had never read books before that so perfectly captured the depth of a story. Until today, I think Dumas remains my favourite classical fiction writer (although in close competition with Fyodor Dostoyevsky and Victor Hugo).

My first book, Rules of the Game: Detention, Deportation, Disappearance, was a much more academic affair, and it was inspired by the survivors of torture whose stories I hoped to tell in a way that did justice to their suffering. With A Virtue of Disobedience, it started as notes to myself, reflecting on fifteen years of being involved in accountability processes of governments around the world, but before I knew it, it turned into a work of political philosophy – but one that was directed at myself. The tone of the book was very much inspired by James Baldwin, and the incisive way in which he interrogated his own life and position in the world. There is an honesty to his writing that I wanted to borrow from, as someone who is simultaneously resisting the violence of the state, while also being a subject of that violence.

I often make small notes in a notebook as I have thoughts around any book that is percolating. I’ve sometimes dictated notes to myself when I haven’t had any pen/ paper/ laptop to hand. However, I can’t deny that the vast majority of my process takes place on my laptop. On it is my database of every quote archived from all the books and articles I’ve read, which have all been tagged by subject matter. When my writing process begins, then the database becomes almost the entirety of my evidence base.

I re-read the classics. I like coming back to them because there is something nostalgic in doing so – but ultimately because they are just great stories. Mostly, I do read new literature though, as life is too short and I’ve got too much learning to do.

This is a hard one… But if I’m going to choose a hero, then Paul Atreides from Dune will have to be that hero. Frank Herbert’s protagonist becomes increasingly flawed as the books go on, but there is something central to his ethics that I always admired.

As for the villain, that is far easier. It would have to be Milady de Winter from The Three Musketeers, whose ability to manipulate all those around her is truly terrifying. Although there are many brilliant villains written in the world of sci-fi and fantasy fiction, there is something so much more visceral about villains who do not have superpowers or special abilities.

I regularly visit libraries and archives for research work, but it’s only ever for material I cannot access elsewhere. Most of that time is in the British Library or the National Archives at Kew, but I have had the privilege of spending time in national archives around the world – my particular favourite being the one in Malta.

As a child I benefitted from libraries a great deal. I read through the entire Stephen King collection at Norbury library between the ages of eleven and thirteen. However, I have to admit that I prefer to buy my books now. There is something intimate about my note-taking in the book and my access to them that I find important to hold on to. That being said, I strongly believe in the importance of libraries as a public institution, and support any calls for their preservation and indeed expansion.

Haha. None that I’ve lied about reading, but I will confess that once I finished Tolstoy’s War and Peace, I had little recollection of what it was about. It was only until I heard a brilliant Radio 4 presentation of it (with a very useful accompanying website) that I was able to really get into it.

A Virtue of Disobedience is a work of political philosophy that seeks to centre ideas of faith within movements against racism and authoritarianism. It seeks to ask questions about the world we live in and provide new insights into how we can become complicit in the oppression of others, even as we seek to bring about change. The work highlights some of the most fundamental contradictions in the behaviours of those who believe in working within systems of structural discrimination, and indeed liberal notions of trying to bring about incremental change. The work will be difficult for some to take, as it involves a process of questioning our own complicity with racism and despotism at every level, but the hope is that by refocusing ourselves on our own complicities, we might stand a chance of being more ethical and virtuous in our struggle for a better world.

A Virtue of Disobedience by Asim Qureshi published by Byline Books and Unbound. 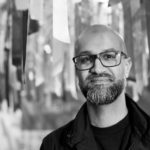 Dr Asim Qureshi graduated in Law (LLB Hons, LLM), specialising in International Law and Islamic Law. He completed his PhD in International Conflict Analysis from the University of Kent. He is the Research Director at the advocacy group CAGE, and since 2003 has specialised in investigating the impact of counterterrorism practices worldwide. He has written the book Rules of the Game: Detention, Deportation, Disappearance (Hurst, Columbia UP, 2009); a chapter in What is Islamophobia? (Pluto Press, Chicago UP, 2017); and the first edition of A Virtue of Disobedience (Unbound, 2019). Since 2010, he has been advising legal teams involved in defending terrorism trials in the US and at Guantanamo Bay, Cuba.
@AsimCP
Tags :
Q&A dumas musketeers writing