You can’t say anything, these days, can you?

By Darren Chetty and Adam Ferner
Extract | 6 minute read
How to Disagree by Adam Ferner and Darren Chetty is a new book about how to negotiate difference in a divided world. In this extract, they offer their advice about libertarianism, human rights and what we mean when we demand 'free speech'

‘Free speech’ is highly valued in democratic societies. We like being able to speak our minds without being told to shut up. It’s a sign of a healthy democracy if citizens are encouraged to communicate their thoughts and beliefs – and a sign of an oppressive political system if speech is restricted.

Despite our valuing free speech, however, it may sometimes feel necessary to place limits on what people can say. Unfortunately, it’s not always clear when it’s appropriate to do so. Is it okay to shush someone who’s talking during a film screening? What about a toddler shouting in the quiet carriage? Or when you hear someone saying something homophobic or inciting violence?

The guide employed by most societies is something called ‘the Harm principle’. We find a classic formulation of this in John Stuart Mill’s On Liberty (1859): ‘The only purpose for which power can be rightfully exercised over any member of a civilised community, against his will, is to prevent harm to others.’

The Harm principle allows us to intervene, for instance, if a speaker intends to stir up religious hatred. Speech that incites violence against a religious group is necessarily harmful and should therefore be stopped.

A lot of debate here turns on what is and what isn’t considered ‘harmful’. Some philosophers have a wider view that encompasses symbolic harm – the perpetuation of offensive stereotypes, say. Others have a narrower conception, focusing primarily on physical harm; a ‘speech act’ is harmful if it constitutes a direct physical threat to another’s safety. Those with this narrower conception are sometimes referred to as ‘Libertarians’, because they think speech should be as free and unencumbered as possible. We should, they say, be at liberty to say what we like.

In opposing what they see as ‘over-regulation’ of speech, Libertarians sometimes make reference to the ‘marketplace of ideas’. They argue that the ideal society is one in which we’re exposed to as many ideas as possible, and free to ‘buy’ the ones we find compelling, without paternalistic influence. To limit the ideas on offer (to shut people up) would require someone else – usually the government – to decide which ideas we should be exposed to, and there’s no good reason to think they are better placed to decide than we are.

Libertarians appear interestingly optimistic here. There’s an assumption that regulation is unnecessary because people gravitate towards progressive, socially convivial ideas while rejecting regressive, hateful ones. But do the best ideas always ‘win’? And whose ideas are they anyway?

Let’s extend the metaphor of the marketplace. All around the world, independent retailers are being replaced by supermarkets. These supermarkets offer a wide variety of goods but little locally farmed produce. As a result, local businesses have fewer outlets, and in some cases fail. The marketplace of ideas is bustling – but the ideas on sale are not necessarily ones from ‘local’ minority perspectives. What if minority perspectives don’t ‘sell’? As in supermarkets, some items are promoted over others, and there’s a very real risk that in Libertarian discussions, the interests of marginalised people will be excluded.

Harmful statements are one thing, but what about harmful questions? Are there some things that just shouldn’t be ‘up for debate’? Imagine someone wanting to discuss whether a certain group of people should be accorded human rights – should we allow them to do so? Is there any harm in simply ‘entertaining the question’?

The Libertarian would allow such a person to raise almost any issue, probably with the aim of exposing the errors in their thinking. The truth will out (or so they claim). Critics of Libertarianism, however, worry that people are often committed to their views, irrespective of evidence to the contrary. We’ve all had debates where participants refuse to change their minds, stubbornly ignoring relevant facts or arguments.

What if, by taking part in a public debate – on the television or at a university campus – troubling, dehumanising views end up being broadcast to larger and larger audiences? This kind of signal boosting affects a shift in something called ‘the Overton window’. Named after the American political scientist Joseph Overton, the ‘window’ encapsulates the set of ideas tolerated in public discourse. The raising of bigoted opinions in public settings suggests to audiences that they’re not only worthy of public discourse but, by association, reasonable grounds for public policy.

Are some discussions too harmful to have? Should some voices be silenced?

Think as well about the effects such discussions have on the groups whose humanity is being called into question. Philosophers from Frantz Fanon to Simone de Beauvoir have documented the pervasive emotional and psychological traumas that have historically resulted from these debates on people of colour and women. Philosophers like Shelley Tremain and Elizabeth Barnes have demonstrated how the same kinds of questions harm disabled people.

Think too of the difficulties faced by someone from this group in entering the supposedly egalitarian ‘marketplace of ideas’. They are already in a marginalised position – lacking access to media and funding – so it will take considerable effort for them to get their views heard. And even if they’re not utterly exhausted by the debate, they will, as the scholar-activist Audre Lorde points out, be taken away from pursuing other projects: ‘There is a constant drain of energy which might be better used in redefining ourselves and devising realistic scenarios for altering the present and constructing the future.’

Here, it seems the Libertarian’s notion of an open forum, where all ideas can be voiced and heard equally well, does not stand up to scrutiny. With this in mind, you may well be persuaded (in certain circumstances) to defend the practice known as ‘no-platforming’. No-platforming, or ‘deplatforming’, is a form of boycott where an organisation makes the decision to not give a platform to certain speakers. Libertarians like Jonathan Haidt suggest that this practice leads to an environment in which individuals are unnecessarily sheltered from challenging arguments. By contrast, Moira Weigel argues that no-platforming is essential for protecting oppressed people from the symbolic and emotional violence of dominant groups.

Are some discussions too harmful to have? Should some voices be silenced? Wherever you land on these questions, the much-vaunted principle of free speech is clearly more controversial than it first seemed. 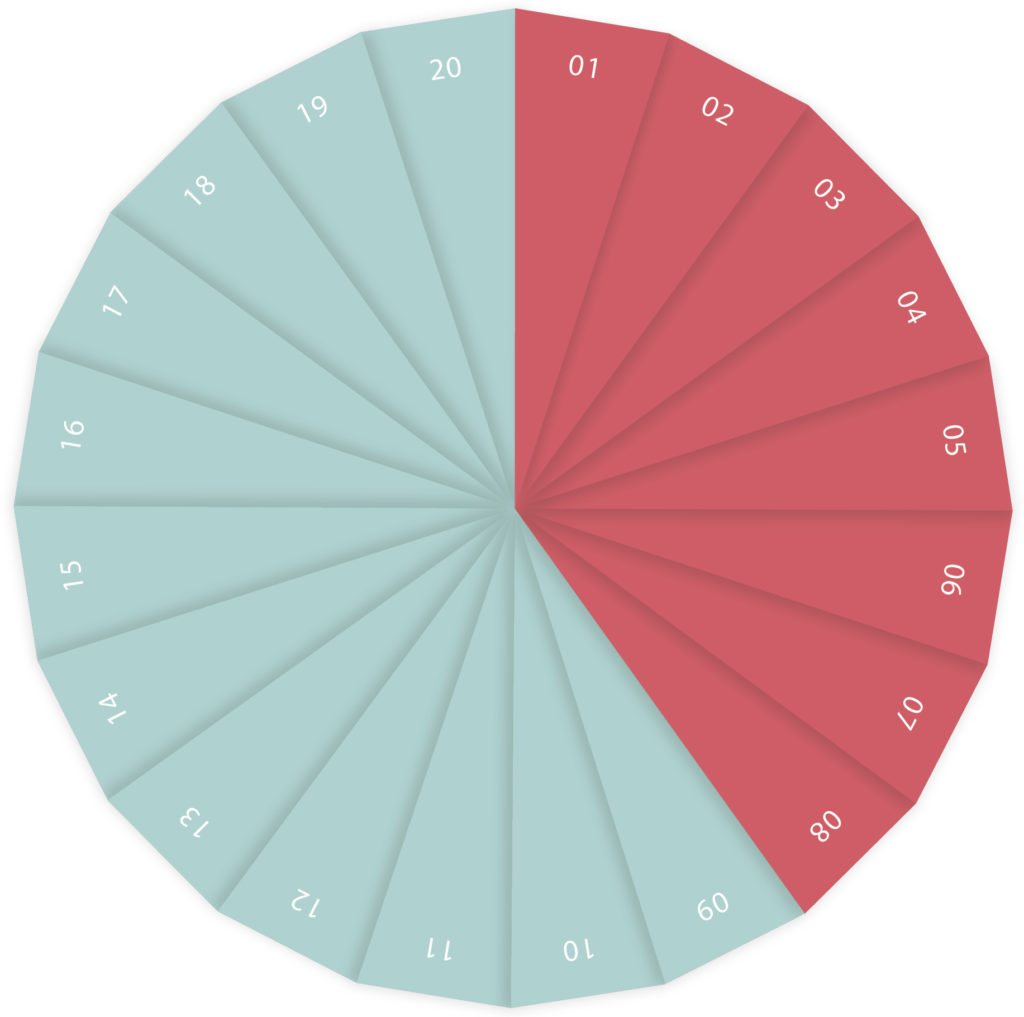 We tend to think people should be allowed to ‘speak their minds’. However, some philosophers think words can, by themselves, cause harm. Talk to your interlocutor about what is and isn’t hurtful and how you might articulate your thoughts without causing harm.

We’re often encouraged to be ‘polite’. But when we try to make conversations run ‘smoothly’, we sometimes end up withholding uncomfortable but important facts. During ‘civil disagreements’ it’s worth examining whether politeness helps or hinders conversation.

When confronted with gaps in your knowledge, consider why they might have appeared, and who is benefitting

Conversations can often end up becoming combative. When engaged in arguments, consider whether you’re thinking against your interlocutor (seeing them as an opponent) or thinking dialogically, with them.

Ignorance is not just the passive absence of knowledge. There are some things we decide we’re better off not thinking about – of which we become ‘wilfully ignorant’. When confronted with gaps in your knowledge, consider why they might have appeared,
and who is benefitting.

How to Disagree: Negotiate Difference in a Divided World by Adam Ferner and Darren Chetty is published by White Lion Publishing and available in all good bookshops and online 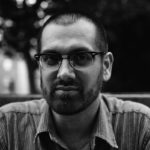 Darren Chetty is a writer, teacher and researcher. He has published academic work on philosophy, education, racism, children’s literature and hip-hop culture. He is a contributor to the bestselling book, The Good Immigrant, edited by Nikesh Shukla and published by Unbound. Darren is co-author, with Jeffrey Boakye, of the forthcoming What Is Masculinity? Why Does It Matter? And Other Big Questions published by Wayland.
@rapclassroom 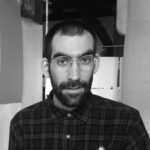 Dr Adam Ferner has worked in academic philosophy both in France and the UK, but much prefers working outside academia in youth centres and other alternative learning spaces. He has published widely in philosophical and popular journals and has written three books, Organisms and Personal Identity (Routledge, 2016), Think Differently (Aurum, 2018) and – with Nadia Mehdi and Zara Bain – Crash Course: Philosophy (Ivy Press, 2019). He is co-writing his fifth book, Philosophical Empires, with Chris Meyns, forthcoming in 2020. He is an associate editor of the Forum’s Essays, and a member of the Changelings, a North London fiction collaboration.
Tags :
Extract argument Brexit how to Politics

Are there benefits to radical disorder?

Want to rethink the revolution?

It’s time for an updated version of Magna Carta. Why not use 'tech' principles for a new model, says one writer.