Passion for a portable occupation

There’s a scene in Hunting Mister Heartbreak (1991) when the travel writer Jonathan Raban is sitting at the kitchen table in the house he is renting in Guntersville, Alabama. Raban is trying to write a review of a book by Christopher Hitchens but he keeps being interrupted by crank calls and flying squirrels. Eventually, Raban gets down to work and, two hours later, drives to a Holiday Inn to fax his 1,100 words to the Sunday Times. He drinks a dry vodka martini in the hotel bar. It’s a minor scene in a wonderful book – ‘the best book ever written by an Englishman about the United States’, according to the travel writer Jan Morris – and it had a profound effect on me the first time I read it.

Part of the scene’s appeal is the sense of freedom that’s evoked by the portrait of the English writer, reviewing books on the go, while travelling through America for his own book. Raban writes seductively about his life and work, but he never romanticises either. In fact, the truly affirming thing about the scene is the almost incidental breakdown of the distinction between life and work. For Raban, they are the same thing and Hunting Mister Heartbreak showed me that I wanted my own version of what Raban calls his ‘wonderfully portable occupation’. A few hundred deadlines later, the book remains my lodestar, although I still don’t see how anyone can write 1,100 publishable words in two hours.

Raban’s prose is so elegant that he makes writing look easy, but his books embrace life’s difficulties – growing up, marriage, divorce, money, finding a place to call home. Born in Norfolk in 1942, his childhood was idyllic until his father returned from war, trained to become a vicar and sent Raban to boarding school in Worcester. It can be galling, listening to successful people complaining about the private educations to which they owe their confidence and connections. But Raban’s loathing of the system runs deep and his unhappy experiences at Worcester shaped the sense of outsiderness that makes him a compelling writer.

After studying English literature at Hull University, where he befriended the campus librarian Philip Larkin, Raban moved to London and met another poet, Robert Lowell, who was, until his death in 1977, a kind of mentor to Raban. Much of Raban’s journalism – book reviews, essays, travel pieces (including a hilarious account of spending Christmas 1975 in a hotel in Bournemouth) – from this period to the mid-1980s appears in For Love & Money (1989), a five-part collection threaded together by Raban’s meditations on freelance life.

For several years, while I scraped a living from reviewing books and writing anything else I could get commissioned, Raban’s work provided solace to me. Soft City (1974), I thought, might as well be about the gentrification I saw – and participated in – around me. The descriptions of the sea in Coasting (1986) were so vigorous that I could feel my flat bobbing. Frontier farming in early twentieth-century Montana, as explored in Bad Land (1996), sounded about as hardscrabble as trying to write for a living in 2010s Crouch End. After Driving Home (2010), I wondered if adopting Raban’s habit of smoking one cigar every afternoon would give me cachet.

Each book made a deep and distinctive impression on me. Raban’s was the kind of writing life to which I aspired, while his honesty about never fitting in, and the persistent sense of passing through places without putting down roots, was something with which I identified. The only Raban I did not read was For Love & Money. I was saving it up, I told myself, but I suspect that really I feared that it would resonate with me to an almost painful degree.

I wasn’t wrong, I realised, when this summer a reissue of For Love & Money – along with four other Raban titles – prompted me to finally take the plunge. ‘The best place to commit suicide in north London,’ Raban writes near the beginning, ‘is from the top of the Archway Bridge’. I used to cross Archway Bridge on dog day afternoons when, following a morning of fruitless pitching to editors, I went for walks to clear my head. With this in mind, I’m glad I didn’t read For Love & Money until after I’d moved from north London.

I use this quote to encourage myself to be brave and to remember that some of my best moments have come when I tried to do something that, initially, felt like a longshot

As I expected, Raban’s take on the everyday details of freelancing felt familiar to me. ‘I live in one place,’ he writes, ‘and work in another, but both places mysteriously have the same address.’ This is true; even if you live and work in a small flat, the place where you spend ten hours reading, writing and emailing every day is not the same as the place where you cook dinner or watch a film with your partner. Your mind erects boundaries or as Raban puts it: ‘To work is to disconnect oneself…’

On the other hand, Raban’s experience diverges from my own in significant ways. His essays on, among others, Anthony Trollope and Evelyn Waugh, read like he never doubts his judgements and the breadth of Raban’s reading means his reviews feel like they belong to a rich tradition of English literary criticism. He is a more self-assured writer than I could ever dream of being and his itemising of the fees that publications paid for his pieces in the seventies will make enviable reading for anybody who has filed a book review in the past decade.

In Reality Hunger (2010), David Shields quotes extensively from For Love & Money: ‘Writing from memory, trying to recreate events on the page, as you remember them, and building them into the form of a story, is an act of imagination, however closely you try to stick to what seem to have been the facts. Only in the writing, as the story unfolds and the events fall into place, do you discover what actually happened. But did it?’ Raban’s ideas are a forerunner for today’s discussions about the porous border between fiction and non-fiction.

If I were somebody who tapes quotes above their desk then I would tape what Paul Theroux said of Raban: ‘He takes very big gambles.’ Theroux went on to say that his friend thinks nothing of investing time and money in research, before abandoning a project if he thinks it’s not working. I use this quote to encourage myself to be brave and to remember that some of my best moments have come when I tried to do something that, initially, felt like a longshot.

Theroux turns up in a memorable scene in the book many readers consider to be Raban’s best. We get a glimpse of its genesis in For Love & Money: ‘In 1982,’ Raban writes, ‘I took six months to sail slowly round the British Isles, stopping at every place I’d known as a child and adolescent’. Raban wanted to call his account of the journey ‘Foreign Land’ but the title ‘didn’t fit the writing’. He gave up but, four years later, started thinking again about his voyage and found it ‘suddenly became writable under a new and less aggressive title’. This insight into how Coasting – the book in question – came about should reassure anyone who’s ever abandoned a project that looked dead in the water. 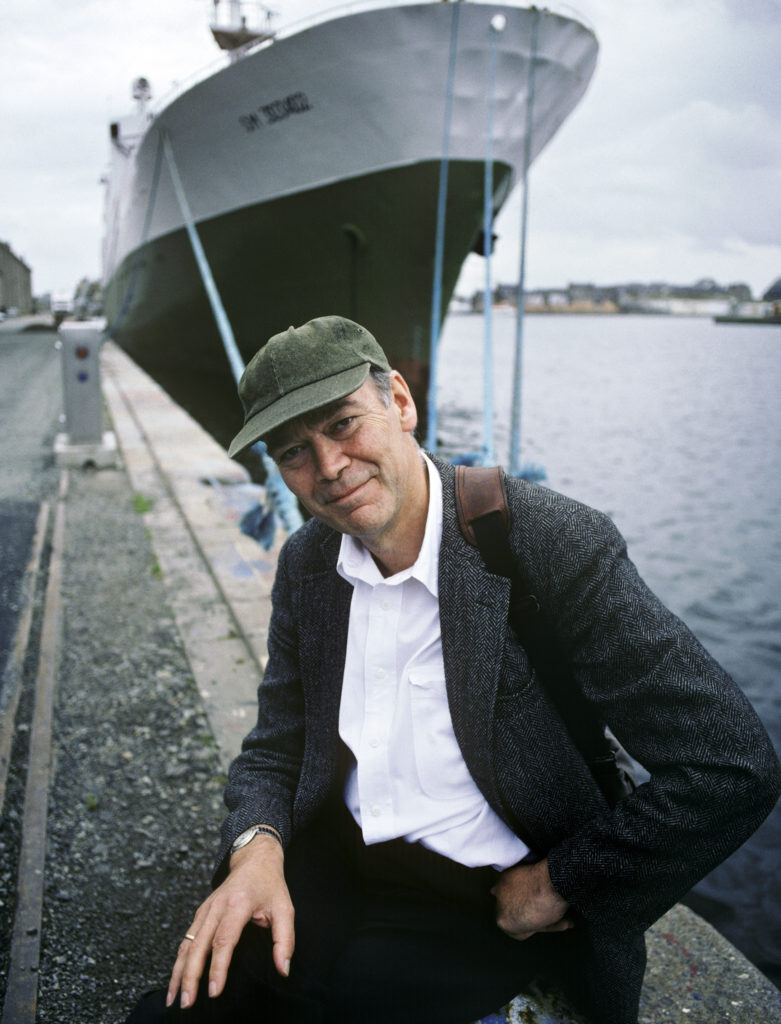 Today, Coasting feels prescient. Shortly after setting sail, Raban tunes his radio to a British parliamentary debate about the potential conflict with Argentina in the Falklands. ‘I felt that I’d been eavesdropping on the nastier workings of the national subconscious,’ writes Raban. ‘I’d overheard Britain talking in a dream, and what it was saying scared me stiff’. Actually, this sounds almost quaint in 2018, when Britain is actively pursuing its terrifying fantasies and loudly expressing its delusions in the cold light of day.

Raban sails around Britain ‘at a slight, oblique angle to the rest of society on the shore’ which helps him see the country clearly. For Raban, travel is bound up with memory, as the forty-year-old author visits the places, and some of the people, that shaped him. At the same time, he captures the emergence of tourism and the end of British industry. It’s tempting to see the seeds of Brexit being sewn within these societal shifts, especially alongside Raban’s observation that ‘standing alone in the world was what the British liked to believe they did best’.

Hunting Mister Heartbreak was not Raban’s first book about America – that was Old Glory (1981) – but it’s the one where the US presents itself as a potential home for its author. After the stress and aloofness of New York, Raban is surprised to find that in Guntersville his ‘demand for instant membership of the community was met without a glimmer of surprise’. He warms to small-town life until, eventually, its deprivations and ingrained social exclusions rear up from beneath the cozy veneer.

Seattle, where Raban travels next, is another matter. ‘Boomtown USA’, is how one realtor describes it, with the city’s early-1990s tech and grunge scenes in full swing. Not that Raban wishes to hang out with Paul Allen or Mark Arm. As ever, Raban shows that it’s the peripheries which reveal the most about places, as he goes drinking in Korean restaurants, attends an English language class for new immigrants and befriends a freelance writer who, having been priced out of New York, has found a way to make his vocation pay in the Pacific Northwest.

Raban likes what he finds in Seattle and this time the bond is lasting. Reading between the lines, you can tell that, even though the book began with his wife seeing him off at Liverpool docks, he’s met somebody in Seattle and fallen in love. When Raban leaves for Florida, where the final part is set, you know he’ll be back in Seattle soon. So it proved. Today, his marriage to the woman he met around the time of Hunting Mister Heartbreak is over, but they have one daughter together, and Raban is still living in Seattle.

In 2011, Raban suffered a massive haemorrhagic stroke that confined him to a wheelchair. I read a few years ago that he was writing a memoir about his illness. So far, there’s no sign of that book, although he published two indelible personal essays – his first pieces for five years – in the London Review of Books in 2017. In our desperate times, Raban’s writing is a balm and an inspiration to anyone who wishes to, as Thoreau said, ‘live deliberately’, and for anyone who’s trying to find their way home. 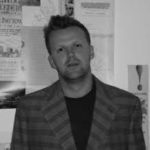 Max Liu is a freelance journalist. He writes for the Guardian, Financial Times and the i newspaper, and is currently working on 'The Best Man', a memoir about friendship. He hosts Reading and Resistance, a literary salon at Waterstones Gower Street where writers discuss the relationship between art and politics.
@maxjliu
Tags :
Essay