read on
Headstones of fallen soldiers from the First World War, near Ypres, Belgium, 2018 (Photo by Matt Cardy/Getty Images)

By Tim Atkinson
Essay | 7 minute read
The recovery of the bodies of the fallen after the Great War has been a long, unfinished journey

On 19 March 2003, on the eve of the second Gulf War, Lt. Col. Tim Collins squinted through his Ray-Bans at the soldiers of the 1st Battalion, Royal Irish Regiment. ‘We are entering Iraq to free a people and the only flag which will be flown in the ancient land is their own. Iraq is steeped in history,’ he said as they stood beneath the desert sun. ‘It is the site of the Garden of Eden, of the Great Flood and the birthplace of Abraham. Tread lightly there. If there are casualties of war then remember that they did not plan to die this day. Allow them dignity in death. Bury them properly and mark their graves.’

Three thousand years earlier, in a place not so geographically dissimilar, a Trojan warrior made a similar plea. In the Iliad, when Hector comes face-to-face with Achilles before their fateful duel he, too, begs for dignity in death and a proper burial. It’s a plea that goes unheeded until the emotional climax of Homer’s epic, when Hector’s body is finally released for burial. But only after his father, King Priam, has first ‘kissed the hands that killed [his] son’.

Such respect for the dead wasn’t common in medieval warfare. Indifference to the fallen probably starts with the Romans (who held life cheap). It certainly features ignominiously in British Military History. The ‘scum of the earth’ who won Waterloo and the 600 who rode into the Crimean valley of death were often simply ‘shovelled into a hole . . . and forgotten,’ as novelist William Makepeace Thackeray put it. In Victorian Britain neglect of Boer War graves had threatened to become a national scandal. As A. E. Housman wrote: ‘East and west on fields forgotten /Bleach the bones of comrades slain, /Lovely lads and dead and rotten; /None that go return again.’

‘We dealt with the dead by pulling them into depressions in the earth or into shell holes. This was not a pleasant task and occasionally the arms disengaged from the bodies . . .’

Not until the Great War was a concerted effort made to recover the fallen and remember the lives of all who paid the ultimate price. Even under fire soldiers were sometimes expected to clear the battlefields. ‘We crawled out of the trenches with great caution in small parties’ writes Lt. George Craike, 12th Battn. Highland Light Infantry, ‘and dealt with the dead by simply pulling them into depressions in the earth or into shell holes. This was not a pleasant task and occasionally the arms disengaged from the bodies . . . All the work had to be done on all fours, for to stand erect was courting disaster . . . the work was slow, laborious and difficult.’

Army Orders issued in the spring of 1915 prohibited both the repatriation of bodies and the erection of permanent private memorials. The fallen were to be buried where they fell, and ‘some corner of a foreign field’ was to be their final resting place. The measure was no doubt a practical necessity. How could so many bodies be returned to Britain (to say nothing of the many Empire nations)? And what would the population at home think if confronted – physically – with the enormous scale of slaughter? 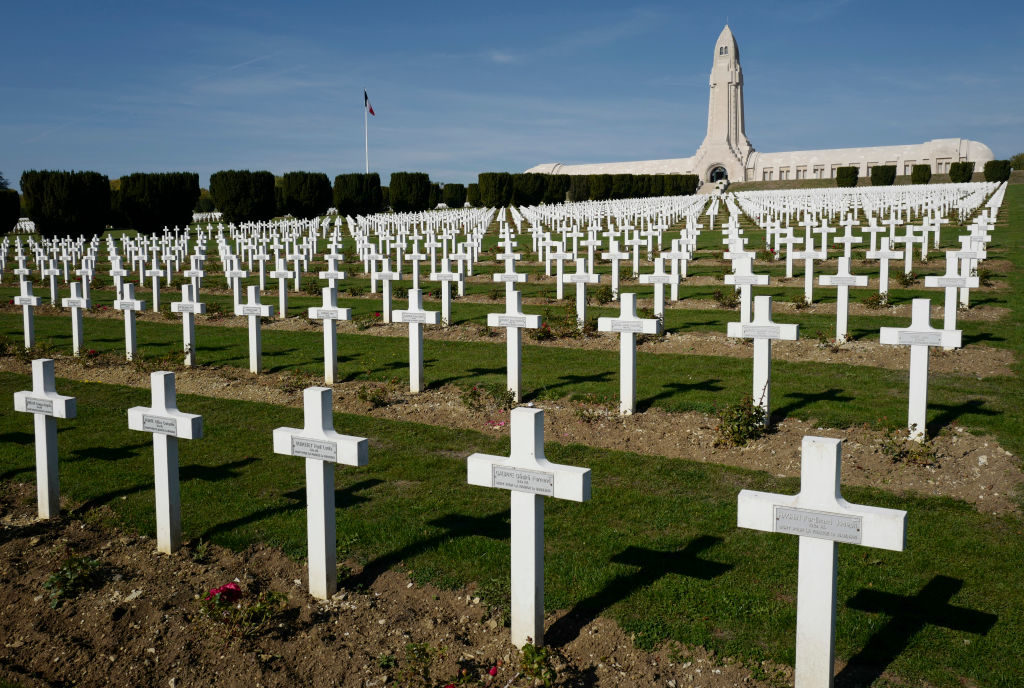 But the move was deeply unpopular with relatives, especially once the war was over. On 29 December 1917 Capt. William Arthur Durie of the 36th (Peel) Regiment of the Canadian Infantry was killed by mortar fire near Lens, France. His body was initially buried at nearby Corkscrew cemetery. Following the Armistice it was moved to the concentration plot at Loos-en-Gohelle. But that was not far enough for Capt. Durie’s mother.

In 1926 a War Graves Commission gardener noticed the soil on Capt. Durie’s grave had been disturbed. It was opened and discovered to be empty. In circumstances still shrouded in mystery, Anna – Capt. Durie’s mother – had successfully removed her son’s body and had it shipped to Canada. And on 22 August 1926 his body was finally laid to rest in the Durie family plot in St James’ Cemetery, Toronto.

At the time of the Armistice there were still over 150,000 bodies unburied on the Western Front. Many thousands more were scattered across the battlefields, ‘tucked in where they fell’

It was by no means the only incident of its kind. At one time the Imperial (now Commonwealth) War Graves Commission was receiving over ninety letters per week requesting the repatriation of loved ones. And some families – like Capt. Durie’s – did more than merely write a letter.

In spite of this the official position remained firm. Men were to be buried where they fell, with their comrades on the lines they gave their lives to defend. But at the time of the Armistice there were still over 150,000 bodies unburied on the Western Front. Many thousands more were scattered across the battlefields, ‘tucked in where they fell’ as architect Edwin Lutyens said, ‘a ribbon of isolated graves like a milky way across miles of country.’ If the Army was to legitimately lay claim to its dead it needed to find and bury them. And it set about doing so with a sense of solemn purpose and selfless determination. 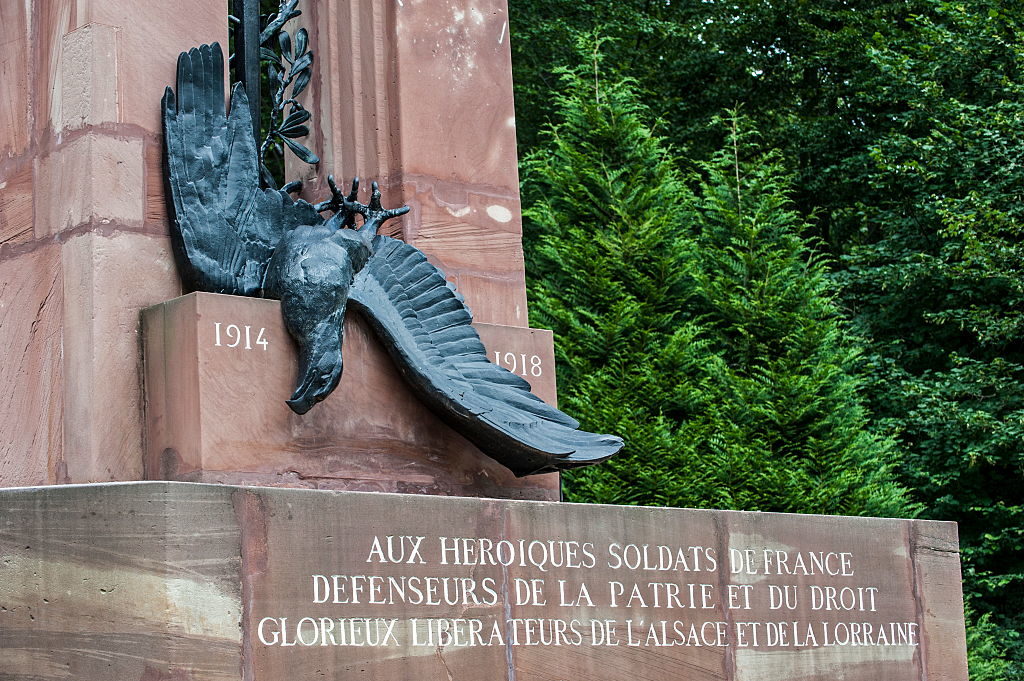 The Alsace-Lorraine Monument depicting a German eagle impaled by a sword at the Rethondes clearing, France (Photo by: Arterra/UIG via Getty Images)

The peace treaty signed at Versailles was not to last. But while the politicians sat round the conference table, another group of men one hundred miles away was helping to create a legacy that still stands proudly to this day – the war cemeteries that Kipling described as ‘The biggest single bit of work since any of the pharaohs.’

The work they did was dirty and difficult. The chaos and destruction of the old Western Front made the job of finding and burying the fallen almost impossible. Villages like Passchendaele and Thiepval had been completely destroyed – not a trace remained – and many large towns such as Arras and Ypres were in ruins. And the old battlefields themselves remained dangerous places. Unexploded shells and grenades littered the ground. Stephen Graham – a Private in the Scots Guards who returned to visit his old battlefields in 1920 – wrote: ‘There are heaps of rusty Mills bombs which no one has ever come to take away and no one will; there are ration tins; there is all manner of army rubbish everywhere. Pilgrims and tourists evidently collect few souvenirs on the old Ypres front.’

The dangers affected everyone. ‘A French boy had both hands blown off,’ Private W. F. McBeath writes in a diary entry for 8 April 1919, ‘fooling around with a Mills Bomb.’ Later that month, in a letter home, McBeath tells his mother, ‘There was a terrible accident here the other day. A lady and gent were driving along in a cart when their horse shied at a motor. The wheel went over the nose cap of a 9.2 inch shell and set it off. The whole show was blown to pieces. Parts of the cart landed near our billet.’

There were the hidden dangers, too. ‘My uncle wasn’t sent to France until 1919,’ Peter Ellwood recalls, ‘but he suffered lung damage for the rest of his life after accidentally releasing trapped pockets of poison gas while searching for corpses on the old battlefields.’ And tucked away amid the wreckage were the shallow battlefield graves: ‘Unexploded stick bombs, rusty grog bottles, helmets lie there still,’ writes Graham. ‘There are broken rifles, there are graves. There is all but the blood. But from the blood has risen flowers.’ 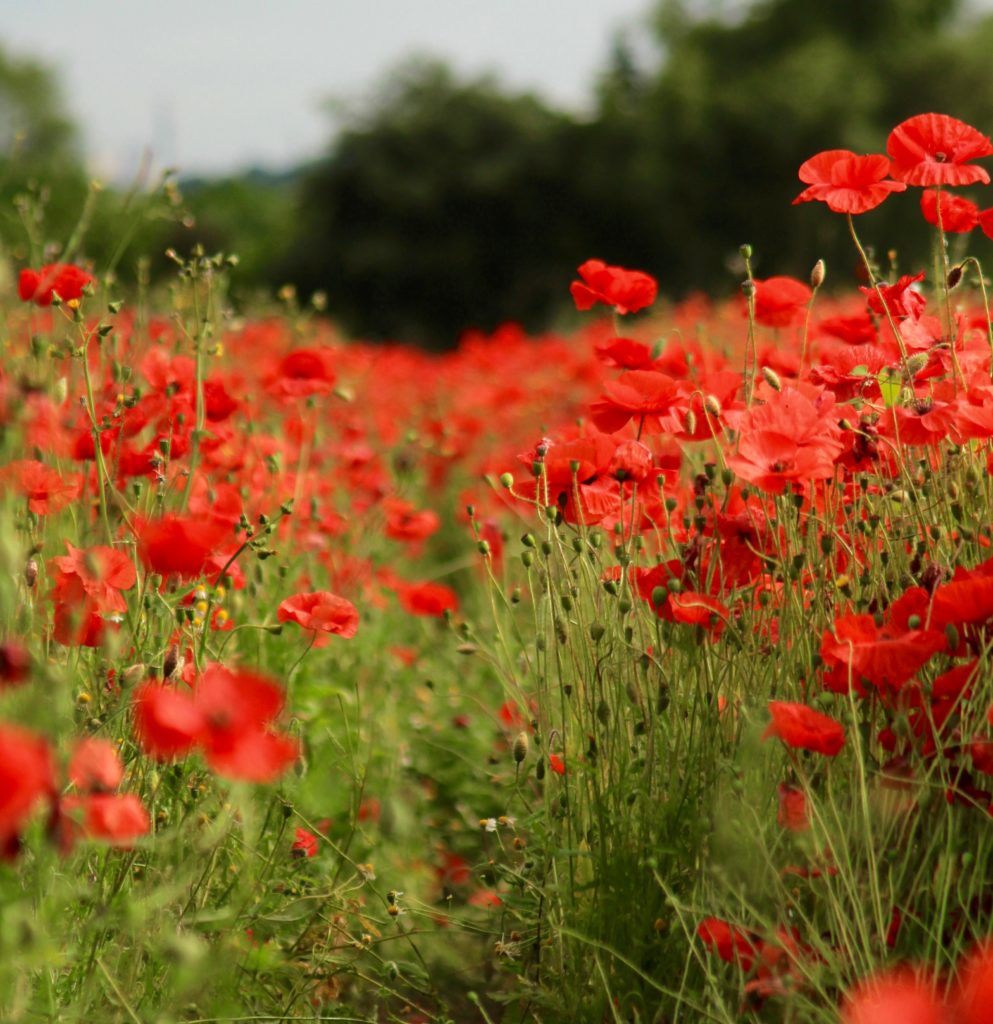 In spite of the hardships, the search teams took great pride in their work. ‘We found a Brigadier General yesterday,’ one of them recalled. ‘He’d been missing since 1916!’ McBeath, in a letter home dated 19 April 1919, boasts, ‘This week we have reburied two hundred men. All day long we have representatives from the various Allied armies taking photos and particulars of the graves. We are doing Yanks, Tommies, Canadians, New Zealanders and Aussies.’

The work was made more urgent by the arrival of increasing numbers of visitors. ‘At Kein Zillebeke,’ writes Graham, ‘there is an Englishwoman going from grave to grave diligently examining the aluminium ribbons on which the names are fixed to the wooden crosses – looking for her husband’s grave.’ She was, perhaps, one of the lucky ones. On Thursday 17 April 1919 McBeath writes in his diary: ‘Working in cemetery. An English lady came over to see her son’s grave, found him lying in a bag and fainted.’

Between the Armistice and the end of Army operations in 1921, over 200,000 further bodies were recovered and buried. In total, building the war cemeteries and erecting memorials to the missing cost £8,150,000. That sounds expensive, but the bill for just one Great War battle (Passchendaele in 1917) stood at over £22 million.

Today there are almost 1000 war cemeteries along the line of the old Western Front in France and Belgium. Together with the great memorials to the missing at Thiepval, the Menin Gate and at Tyne Cot, they mark the sacrifice of those who – for the first time in British military history – were all considered worthy of a proper burial, and a marked grave.

Tim Atkinson’s book, The Glorious Dead, is published by Unbound 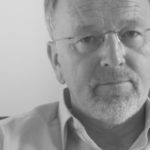 Tim Atkinson is an author, teacher and prize-winning blogger. He studied philosophy at the University of Hull and subsequently worked as a lay-clerk, filing clerk, chain-man and schoolteacher. He is now a full-time author and his latest book, The Glorious Dead, has just been published by Unbound. The story of the men who made the iconic military cemeteries, it describes a group of soldiers who stay behind in Flanders following the Armistice, clearing the battlefields and burying the dead.
@dotterel
Tags :
Essay Armistice Bodies War Graves

‘Grown-ups are children, even though they might forget or deny it’