By Esi Edugyan
Essay | 9 minute read
There were, throughout history, many black scientists whose discoveries and inventions were revolutionary. So why aren't they remembered today? Man Booker longlisted novelist Esi Edugyan reflects on the failures of colour-blind science, and scientific history

In the eighties, growing up in Calgary, Alberta, my young cousin wanted to be a doctor. Her parents were very proud. I remember she would play long summer days with her little black bag of instruments; her favourite movies were about healings, miraculous or otherwise; she kept a stack of books at her bedside about heroic surgeons, and noble nurses, and veterinarians rushing stable-side to save horses otherwise beyond saving.

And she was clever, my cousin, with a winning way about her and an ease in maths and science which I was forever being reminded of by my own mother. Medicine was a natural fit.

And yet, by the age of twelve, as she was going into eighth grade, she had stopped mentioning it. No more books, no more movies, no more little black bag. One day, to my surprise, she said: Have you ever seen a black doctor? Not on TV, but here?

Well, no. I hadn’t. Did it matter? Does it matter?

It seems a strange thing, perhaps, to consider the race of a scientist or doctor or scholar when looking at their achievements. But it isn’t.

Type the words ‘science’ and ‘black people’ into any search engine, and what emerges is a litany of articles about experimentations on plantation slaves; the Tuskegee syphilis experiments; current-day research on incarcerated black men; the heartbreaking legacy of Henrietta Lacks. Historically, black people were not the students, but the studied.

When we look at the history of scientific progress, what we are usually looking at is the story of European ingenuity, the European mind. It is a carefully curated story, curated by the prejudices of the current moment

Even today, race science abounds, though usually in modified, slightly hidden ways. This is the Trump Era: stars of the so-called ‘alt-right’ can promote a return of scientific racism, and wield pseudoscientific notions to endorse a mandate of racial distinctiveness. Their weapons are a heavy reliance on the results of standardised testing, data on the over-representation of minorities in prisons, racial gaps in wealth – all the while conveniently ignoring the social fabric of a society that creates such inequalities and condones such abuses of power.

Science is meant to be a method, both colour-blind, and culture-blind. But the scientists who pursue it are human, and like any of us, fallible and vulnerable to biases of which we are not always aware. And the historians of science are no different. When we look at the history of scientific progress, what we are usually looking at is the story of European ingenuity, the European mind. It is a carefully curated story, curated by the prejudices of the current moment. But like any story, it changes in the telling, and it is in the telling that truths are remembered, or forgotten.

There were, throughout history, many black scientists whose discoveries and inventions were revolutionary. I might have easily chosen to focus on Garrett Morgan, father of the gas mask and the modern traffic light; or George Washington Carver, an agricultural innovator and one of the first true environmentalists; or Benjamin Banneker, the astronomer and mathematician who was crucial in designing his nation’s capital, Washington, D.C.; or Daniel Hale Williams, the doctor who performed the first prototype open-heart surgery. At the turn of the twentieth century, when black people were dissuaded – if not outright prohibited – from acquiring a formal education, these figures are remarkable for the singularity of their achievements. If the person of Alice Ball stands out, it is because her story is unique due to her gender, while remaining all too familiar in its pattern of struggle and historical neglect. 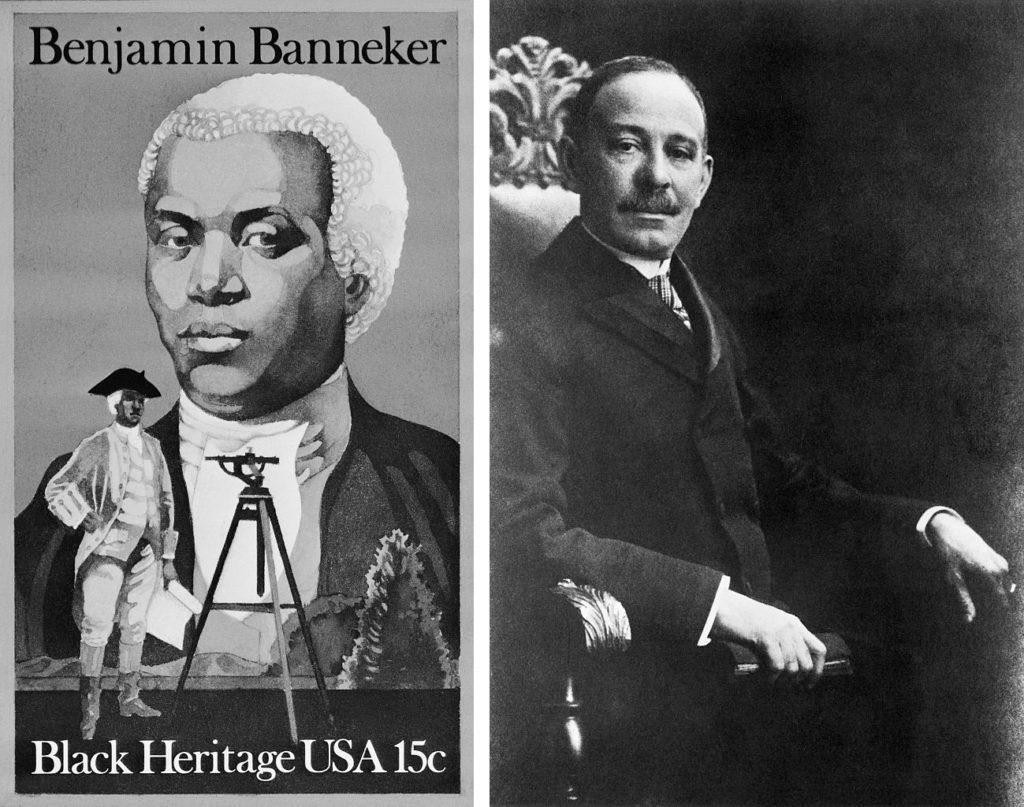 Benjamin Banneker, the astronomer and mathematician, and Daniel Hale Williams, the doctor who performed the first prototype open-heart surgery

Alice Augusta Ball was born in 1892 in Seattle, into a family of photographers. Her grandfather was James Presley Ball, whose 1869 portrait of Frederick Douglass is arguably the most famous image of the abolitionist. James Ball was one of the first African Americans to learn daguerreotype (an early photographic process using an iodine-sensitised silvered plate and mercury vapour). In 1902, the family moved to Hawaii because it was hoped the warmer climate would ease his rheumatism.

It was there, in her grandfather’s studio, that Alice learned the family art. But what fascinated her most were not the photographs, but the chemical process of film development. Her interest in chemistry would only increase throughout the years. When the family finally returned to Seattle, Alice completed two bachelor’s degrees at the University of Washington: one in pharmaceutical chemistry and a second in pharmacy. She would return to Hawaii for her Master’s Degree; in fact, she would become the very first graduate student at the College of Hawaii. After graduating, she decided to stay on and teach.

A professor at the college, Harry T. Hollmann, took note of her abilities. He worked at a hospital that specialised in the diagnosis and treatment of leprosy, and he reached out to Alice to help him invent an effective treatment.

Looking upon the lives of black scientists throughout history, one wonders how their work might have differed, their fates changed, had they had an awareness of each other

Leprosy had long been a kind of living death sentence. Little understood, it was thought to be highly contagious. In Hawaii, starting in the year 1866, the government forcibly separated the afflicted from their families and sent them to live on the Kalaupapa peninsula, a place remote and desolate, surrounded by the Pacific and cut off from the rest of the land by an awesome chain of cliffs. The sick were encouraged to draft their wills, their spouses encouraged to sign divorce papers. Half of the population would die within the first five years of the colony’s establishment. Kalaupapa eventually became home to more than 8,000 people – and it was just one of several such colonies worldwide.

The disease had no cure. At the time, the most common treatment was Chaulmoogra oil. But it was too sticky to be used topically, and oral consumption – while proving more effective – was difficult because the oil tasted so acrid only the rare person could keep it down. Injection, it was believed, would bring about results tantamount to a cure. But Chaulmoogra oil does not dissolve easily in human tissue – it clumps painfully under the skin, forming bubble-like blisters. Injection could also cause extreme pain and fever.

Ball’s task, then, was to find a way to make the Chaulmoogra water soluble, so that it could be absorbed into the body. The most common way to get fatty substances into the bloodstream is to convert them into salts. This could not be done with Chaulmoogra oil, because large salt molecules formed, and this invariably damaged blood cells when injected.

Through many evenings of trail and error – Ball was still teaching during the day – she finally chanced upon a solution: alcohol. When mixed with alcohol, the fatty acids in the Chaulmoogra oil transform into ethyl esters. Ethyl esters are water soluble and small enough so as not to destroy the body’s cells.

Within two months, half of the sick were deemed cured. Wives returned to their husbands, fathers to children, sons to mothers. A community, a world, was rehabilitated and made whole again.

Shortly after her discovery, at the age of twenty-four, Ball died of a mysterious illness. It has been speculated that her death was due to chlorine poisoning; during one of her laboratories, she was demonstrating to her students the proper use of the gas mask – World War I was then in full conflagration.

Because of her early death, Ball was unable to publish her findings. Arthur L. Dean, the president of the University of Hawaii, and himself a chemist, published them without crediting her, calling the treatment the ‘Dean method’. He began the manufacture of large quantities of Chaulmoogra extract. Mercifully, Hollmann spoke out, and the story was generally set aright.

And yet, the University of Hawaii did not acknowledge the work of Alice Ball for almost ninety years. In 2000, Ball was finally honoured with a plaque, which was affixed to the university’s sole Chaulmoogra tree, behind Bachman Hall. 29 February was declared ‘Alice Ball Day’, now celebrated every four years.

What are we to make of this history, 100 years later? There are the familiar features we see in every story of scientific achievement – the long hours of difficult work, the triumph of the hard-won breakthrough. But there is also the spectre of her detractors, who even now state that not every case of leprosy was cured, as though they would deny her the power of having been vital and pivotal; and there is that little theft at the end, which is an even more blatant denial of her power. 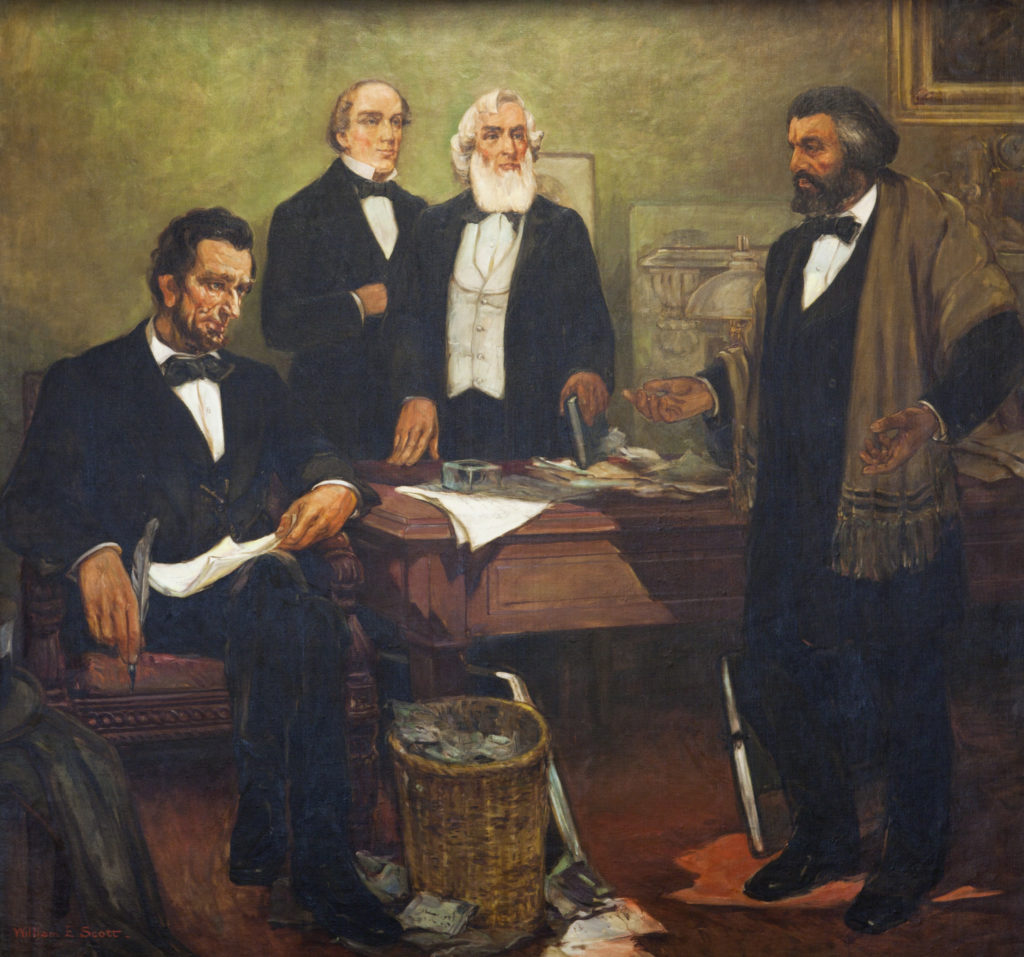 Close-up of a mural, entitled ‘Douglass Appealing to President Lincoln’, which shows Frederick Douglass petitioning for the participation of African Americans in the Union Army during the US Civil War (Photo by Carol M. Highsmith/Buyenlarge/Getty Images)

A friend and fellow writer suggested to me that the very ingenuity required to survive as a black person during that era, the single-minded resourcefulness it would have taken to keep one’s dignity intact is perhaps what allowed her to achieve all she did. This is a dangerously romantic view at best, I think. Why should her genius have needed those extra hurdles to make it manifest? What, I wonder when I think of her story, did she feel she had achieved, and was it everything of which she was capable? Are there things she held back because she believed they would prove unacceptable coming from someone of her gender, her race? Certainly, it was this impulse that held my cousin back – the fear of seeming unfathomable, perverse, of being thought to be reaching beyond what was possible for her.

Looking upon the lives of black scientists throughout history, one wonders how their work might have differed, their fates changed, had they had an awareness of each other. Had they had the context of colleagues and forebears, and worked in the confidence that their discoveries and inventions would be taken seriously, and accepted into the mainstream. Had they worked in the knowledge of being part of a larger central narrative, not as outliers in the story.

What we gain with the resurrection and celebration of such figures is the granting of permission. Those with similar backgrounds may just feel empowered enough to grapple with, reject, and build upon past theories, and in this way add their voices to the chorus.

If science is a kind of conversation, how much have we lost in the silences? 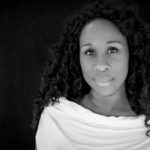 Esi Edugyan is an award-winning Canadian novelist. Her second novel, Half Blood Blues, won the Scotiabank Giller Prize and was a finalist for the Man Booker Prize, the Governor-General's Literary Award, the Rogers Writers' Trust Prize, and the Orange Prize. Washington Black, her third novel, is longlisted for the Man Booker prize 2018. She lives in Victoria, British Columbia (photo by Tamara Poppitt).
Tags :
Essay Alice Ball race Science

Whatever happened to the Black Boy of Killay?

An old pub sign sends writer local boy Darren Chetty on a search for the hidden immigrant history of Swansea and Wales.