read on
Photo by freestocks.org on Unsplash

By Yahia Lababidi and Sarah Manguso
Extract | 8 minute read
Cut through the noise, with these extracts from two new collections of modern aphorisms

That was perhaps the world’s first published aphorism, the opening line of Hippocrates’ Aphorismi, written around the turn of the fourth and fifth centuries BC. Described in the Concise Oxford Dictionary as ‘a short pithy maxim’ or ‘a brief statement of a principle’, an aphorism is an attempt to condense all of life’s mystery into a pure, gemlike line. ‘Epigrams succeed where epics fail,’ according to a Persian proverb. No wonder some of the best writers aspire to them.

An aphorism must be more than just brief; it must be true, to a special standard of truth (sorry, Donald Trump). In their Viking Book of Aphorisms (1962), W H Auden and Louis Kronenberger decided: ‘An aphorism … must convince every reader that it is either universally true or true of every member of the class to which it refers, irrespective of the reader’s convictions.’ Geary’s Guide to the World’s Great Aphorists, by James Geary (2007), included entries from Voltaire, Twain, Shakespeare, Nietzsche, Woody Allen, Muhammad Ali, Emily Dickinson and Mae West.

Now, in our fast-moving, attention-short, social-media world, would-be aphorists all over Twitter attempt to focus all their wisdom into 280 characters, and many of them could use some help. Two new and very different collections are good guides to the art.

300 Arguments, by the essayist Sarah Manguso, is both a random collection of incisive thoughts and a careful arrangement that steadily gathers power. Where Epics Fail, by the Egyptian writer Yahia Lababidi, is accessible and relevant, full of wit and wisdom. In a world that tries to confuse us with a cacophony of loud voices and fake news, aphorisms have a quiet power to cut through the nonsense, as these two collections show.

Ars longa. Vita brevis. So tune out the noise and give these two extracts a read.

From 300 Arguments by Sarah Manguso

A great photographer insists on writing poems. A brilliant essayist insists on writing novels. A singer with a voice like an angel insists on singing only her own, terrible songs. So when people tell me I should try to write this or that thing I don’t want to write, I know what they mean.

You might as well start by confessing your greatest shame. Anything else would just be exposition.

I wrote my college application essay about playing in a piano competition, knowing I would lose to the kid who had played just before me. Even while I played knowing I would lose, I wrote, still I played to give the judges something to remember. I pretended my spasms of self-regard transcended the judges’ informed decisions about the pianists who were merely the best. I got into college.

I assume the cadets are gay, but then I see they are merely unafraid of love. They are preparing to go to war, and with so little time to waste, they say what they mean.

What’s worse: Offending someone or lying to someone? Saying something stupid when it’s your turn, or not saying anything? Tell me which, and I’ll tell you your problem.

The trouble with comparing yourself to others is that there are too many others. Using all others as your control group, all your worst fears and all your fondest hopes are at once true. You are good; you are bad; you are abnormal; you are just like everyone else.

Some people ditch friends and lovers because it’s easier to get new ones than to resolve conflicts with the old ones, particularly if resolving a conflict requires one to admit error or practice mercy. I’m describing an asshole. But what if the asshole thinks he’s ditching an asshole?

Inner beauty can fade, too.

The waterbirds near my house are in middle school. The coots’ voices crack; the seagulls bully the ducks; the egret just got braces and stands, humiliated, by himself.

Many bird names are onomatopoetic – they name themselves. Fish, on the other hand, have to float there and take what they get.

I used to avoid people when I was afraid I loved them too much. Ten years, in one case. Then, after I had been married long enough that I was married even in my dreams, I became able to go to those people, to feel that desire, and to know that it would stay a feeling.

In a dream my friend and I begin the act and both immediately want it to be over, but we have to continue, impelled by some obscure reason. I wake wondering whether we could ever enjoy it. I think about it all day, really dedicate myself to it. I think about it for two more days, and that’s how I fall in love with my friend.

Like a vase, a heart breaks once. After that, it just yields to its flaws.

In the morning I wake amid fading scenes of different characters, different settings, all restatements of that first desire, a ghost who haunts me as the beauty he was at sixteen.

My friend learns Chinese and moves to China, but her limited vocabulary is good for grocery shopping, not for falling in love. When her heart breaks she is obliged to ask, Why won’t you fuck me?

I’ve put horses in poems, but I’ve never ridden one. They just seem like such a good thing to put into literature.

Biographies should also contain the events that failed to foreshadow.

Facility means prison (building), lifelessness (art), or grace (athletes). Within a gesture of apparent perfection, a mortal heart must beat.

I remember a girl who was famous in school for having woken from a drunken blackout and said to whoever was there, Are you my judges?

In real life, my healthy boyfriend said that he envied my paralytic disease – that I’d earned the right to a legitimate nervous breakdown. A few years later he was in an accident and became paralyzed from the neck down. That’s just bad writing.

Of a page of perfect prose I read in a dream, I remember only this: ‘Thank you,’ she said. Her simple answer concealed the truth.

The man who had me in a phone booth married quickly after the affair ended. His novel had everything in it – the phone booth, the shame, the sash he sewed to wear over the surgical appliance in his belly. In the novel it covers a plaster leg cast. The front page of his website is a glowing glass phone booth standing alone in snow. The book got bad reviews. He has two children.

I never joined Facebook because I want to preserve my old longings. And also yours.

The fastest way to revise a piece of work is to send it, late at night, to someone whose opinion you fear. Then rewrite it, praying you’ll finish in time to send a new version by morning.

300 Arguments by Sarah Manguso is published by Macmillan

From Where Epics Fail: Meditations to Live By by Yahia Lababidi

Our most profound prayers hardly reach our lips; they are made with our entire being.

A sign of profundity? When the horizon of a soul appears to recede as we approach it.

If ‘the wound is the place where the Light enters us’, then we must keep our wound clean.

Wisdom is overhearing ourselves.

The more closely we listen to ourselves, the more likely we are to overhear others.

Think of existence as a great love story; every shy creature or timid truth wants to be courted.

Every secret wants to be told; cultivate the art of listening.

If we ask life for favours, we must be prepared to return them.

Miracles are allotted in proportion to our trust.

Just as mysteriously as spiritual favours are granted, so they may also be revoked.

Wings are, always, on loan.

It is a perversion of human nature that bullies, big and small, seek to play the role of victim.

Whether in world politics, or personal relations, the jailer is never free.

Revolutions are about overthrowing the tyranny of old fears – dictators are merely stubborn symbols of these.

There is no lasting revolution without spiritual evolution.

Where Epics Fail: Meditations to Live By by Yahia Lababidi is published by Unbound

Sarah Manguso and Yahia Lababidi are both published in Short Circuits, the only anthology of living aphorists 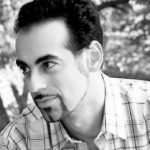 Yahia Lababidi’s last book, Balancing Acts: New & Selected Poems (1993-2015), debuted at #1 on Amazon’s Hot New Releases, and was featured on PBS Newshour. Lababidi’s first collection of aphorisms, Signposts to Elsewhere (Jane Street Press) was selected as a 2008 ‘Book of the Year’ by The Independent, in the UK. He’s also the author of a critically-acclaimed collection of essays, Trial by Ink: From Nietzsche to Belly-Dancing; a series of ecstatic, literary dialogues with Alex Stein, The Artist as Mystic: Conversations with Yahia Lababidi; as well as a collection of short poems, Barely There inspired by the constraints of social media, and featured on NPR. Lababidi’s work has appeared in several anthologies, such as Geary’s Guide to the World's Great Aphorists, where he is the only contemporary Arab poet featured; the best-selling US college textbook , Literature: An Introduction to Reading and Writing; and, more recently, Short Flights, the first anthology of modern American aphorists. To date, his writing has been translated into several languages, including: Arabic, Hebrew, French, German, Spanish, Slovak, Italian, Swedish and Dutch. Lababidi has participated in international poetry festivals in the United States, Eastern Europe as well as the Middle East, while video adaptations of his poems have been shown in film festivals, worldwide.
@YahiaLababidi 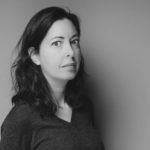 Sarah Manguso is the author of 300 Arguments, Ongoingness, The Guardians, The Two Kinds of Decay, Hard to Admit and Harder to Escape, Siste Viator, and The Captain Lands in Paradise. Her work has been supported by a Guggenheim Fellowship and the Rome Prize, and her books have been translated into Chinese, German, Italian, Portuguese, and Spanish. Her poems have won a Pushcart Prize and appeared in four editions of the Best American Poetry series, and her essays have appeared in in Harper’s, the New York Review of Books, theNew York Times Magazine, and the Paris Review. She has taught graduate and undergraduate writing at institutions including Columbia, NYU, Princeton, Scripps College, and the University of Iowa. She lives in Los Angeles (photo by Joel Brouwer).
Tags :
Extract aphorism Ars longa Auden Hippocrates Twitter Vita brevis

How Dorothy L. Sayers’ combination of food and murder makes me feel better about the world

Sophie Ratcliffe on the messy autobiography of books by her bedside