By Christine Burns
Extract | 5 minute read
The journey for the world's trans community has fuelled by moral hysteria and discrimination. Christine Burns reflects on the politics of transgenderism in this extract from her anthology

The year 2015 was described by American Vogue magazine as ‘the year of trans visibility’. Around the world a tiny minority, whose media coverage had been historically confined to tabloid tales of shock and titillation, seemed to have gone seriously mainstream.

In the United States every age group appeared to be included. At one extreme, sixty-seven-year-old Caitlyn Jenner’s ‘coming out’ as trans was a global news story. Jenner, famous as an Olympic gold-winning decathlete and the head of the Kardashian family, was the highest profile person known to have changed gender in America in popular memory – at least since former GI Christine Jorgensen was revealed to the world. The New York Daily News had broken that landmark story in December 1952, under the front-page headline ‘Ex-GI Becomes Blonde Bombshell’. During the intervening sixty years there had been stories of others, of course, but none so big, so global.

At the other end of the age spectrum, trans teenager Jazz Jennings – with a 2011 documentary and children’s book already to her credit – won a deal in March 2015 to appear in a series of commercials promoting a facial cleanser for pharmaceuticals giant Johnson and Johnson. Cable TV channel TLC also began screening her reality show, I Am Jazz. That a big corporate advertiser should use Jennings as an ambassador for their product spoke volumes. 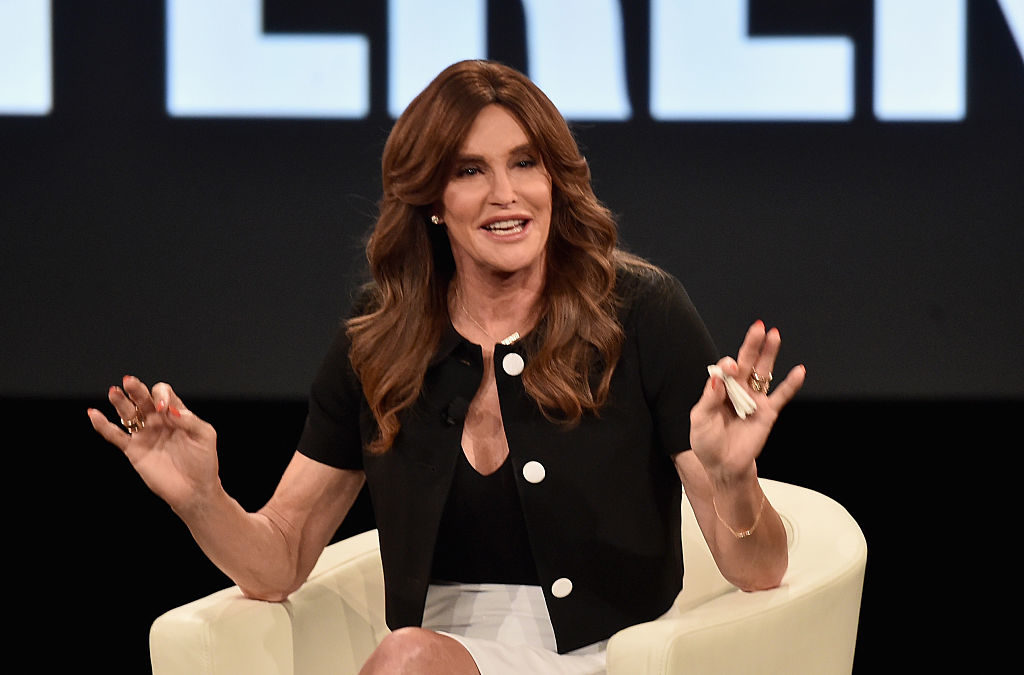 Caitlyn Jenner’s ‘coming out’ as trans was a global story

With all of this exposure (and much more) it was perhaps inevitable that some commentators would decide that the apparently sudden visibility of trans people everywhere was evidence of some kind of ‘fad’. Such an assertion is risible of course. If trans people in Britain were some sort of ‘overnight phenomenon’ then it was a long night, lasting generations. A fad would have disappeared by now; fads have a short half-life in our novelty-obsessed media. Fads have shallow roots, like fancy flowers that bloom once spectacularly and then die back completely. The roots of trans people’s journey into public consciousness were sown long ago. They reach deep and they have been growing for decades. That is what this book is about.

It is difficult to say with any certainty where to pin the start of trans history. People living hundreds of years ago couldn’t have ‘identified’ with such a term because it didn’t exist. We rely on the co-evolution of identities and the words available to describe them in order to provide the script for how to interpret our feelings and possibilities – the things we can be and embrace. What we can look for, however, are behaviours identified by ancient documents and historical analyses which provide the evidence for people living life in ways that apparently departed from a simple binary man-woman model of life. Those exist throughout recorded history and across cultures.

In his 1979 book, Dressing Up, journalist Peter Ackroyd charts the evidence from anthropologists and social historians involving ancient cultures from around the world. He quotes the sociologist Edvard Westermarck (1862–1939), who declared in 1917 that, ‘In nearly every part of North America there seem to have been, since ancient times, men dressing themselves in the clothes and performing the functions of women.’ 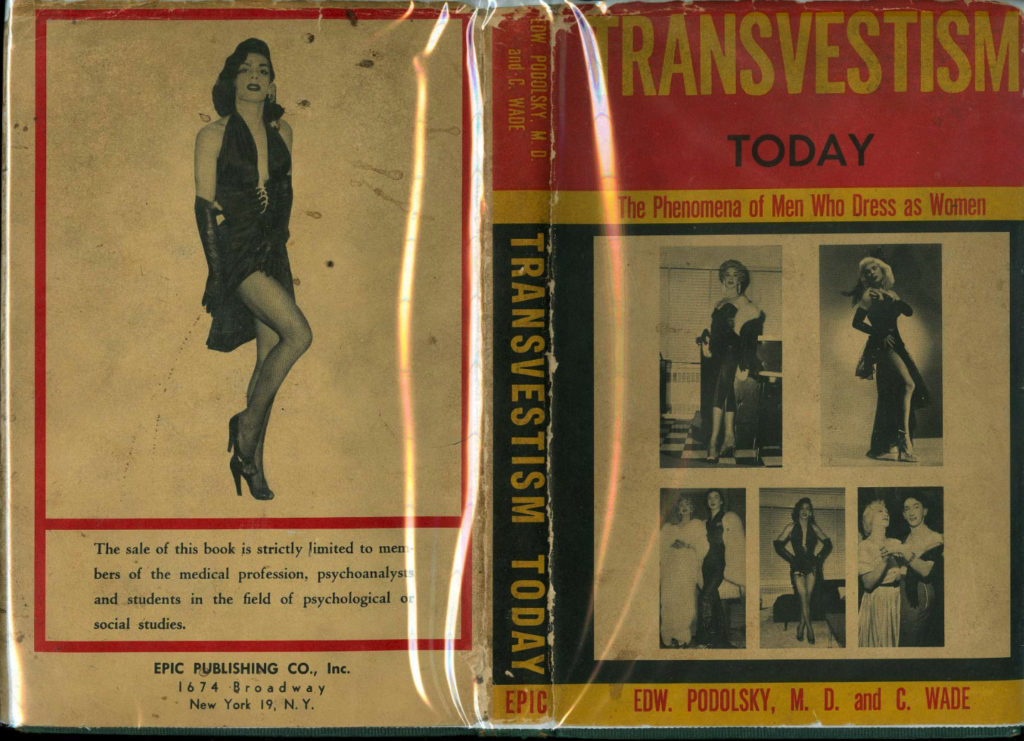 These phenomena are not limited to one part of the world – they appear seemingly everywhere. The Indian subcontinent has an ancient tradition of the hijra caste and Pakistan khawaja sira. Samoa has the fa’afaf ine, Thailand kathoey, Brazil cudinas, Hawaii mahu and Tahiti mahoos. The Inuit people have the third sex category of itijjuaq. Indeed, third and multiple gender categories are quite commonplace outside of the West. The idea of gender being strictly binary – restricted to just men and women as very separate categories – seems to be a peculiar exception that grew up in Western Christian culture in the last two thousand years, rather than the universal truth it is commonly supposed to be.

Russian-born anthropologist Vladimir Bogoraz (1865–1936) lived among the Chukchi people of Siberia from 1890 to 1908 and describes no fewer than seven gender categories besides ‘man’ and ‘woman’. In comparison, the modern Western concept of non-binary identity seems rather late to the party.

You don’t have to go that far to find cultural evidence of humanity’s far-from-binary gender history. Rabbi Elliot Kukla lists no fewer than six gender categories in classical Jewish texts such as the Torah.

Closer to the present time we see more specific instances of gender variance even within British and European culture. Charles-Geneviève-Louis-Auguste-André-Timothée d’Éon de Beaumont (1728–1810) – commonly known as the Chevalier d’Éon – is perhaps the most widely known gender transgressor in modern history. D’Éon lived publicly as a man and pursued masculine occupations for his first forty-nine years, although an androgynous appearance greatly facilitated a 1756 spying mission where he successfully infiltrated the court of the Empress Elizabeth of Russia as a woman. For the latter thirty-three years of life d’Éon lived permanently as a woman – the classic definition of what we would now term trans or transgender – and claimed that she had been assigned this way at birth but had needed to present formerly as a man for reasons of inheritance. 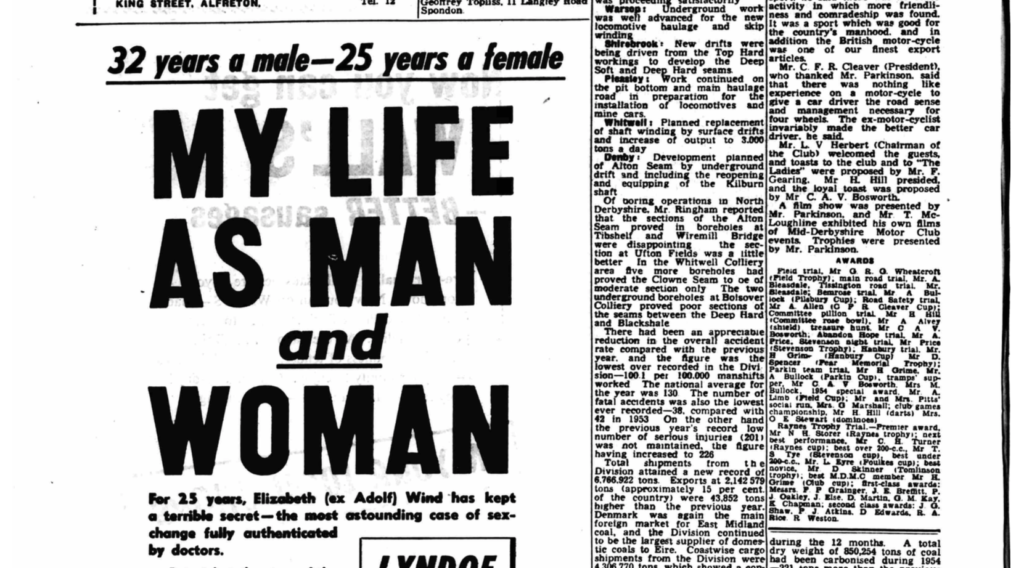 So how did things come to evolve? There must be something that accounts for the change between those far off times and now, as a visible, organised, networked community of people have ‘suddenly’ become a global phenomenon.

That ‘something’ was the emergence, during the 1960s, of the concept of community between trans people – the formation of support organisations and safe meeting spaces where people could get together, realise they weren’t alone, discover what they had in common, and learn to help each other. It is from that watershed advance that everything else in the last fifty years has flowed.

First support, later activism: that is where the real story of Trans Britain lies, and where our long journey from darkness, isolation and fear truly began.

Trans Britain: Our Long Journey from the Shadows, edited by Christine Burns, is published by Unbound 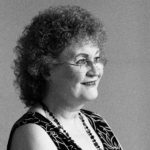 Christine Burns MBE has campaigned for a quarter of a century for the civil rights of transgender people, and has been involved with the trans community for more than forty years. She has worked as an equalities consultant, helped to put together new employment legislation and the Gender Recognition Act, and wrote the first ever official guidance about trans health for the Department of Health. She lives in Manchester. (Photo by Kieron Chrisham/Pholux Foto)
@christineburns
Tags :
Extract Britain third gender Trans

Christine Burns on writing, campaigning, and the joy of moving text