read on
Photo by Gwen Ong on Unsplash

By Boris Starling
Extract | 6 minute read
A plague on all their houses! In this extract from his new book, Boris Starling imagines how Shakespeare would have interpreted the great political tragedy of our age

This is our story. All Brexit’s a stage,

And all the men and women merely players:

They have their exits and their entrances;

And each one in their time plays crucial parts,

The main roles being seven in number.

As one for whom rule was seen as birthright.

Eton, and Oxford, and PR (as in

Representation), and then a safe seat.

The Cotswolds, no less: Jeremy Clarkson,

And Rebekah Brooks, and that bloke from Blur.

The Chipping Norton set, as they were call’d.

Who set principle in place of friendship

By opposing Dave’s own Remain campaign

And in so doing sunder’d their amity.

Perhaps embolden’d by taking down Dave

And with a taste for Old Etonians

Mike then set his sights on our third man here.

To give his full, glorious moniker.

Made to his mistresses’ eyebrows (or lower).

Full of strange oaths, hair mess’d like the scarecrow.

Some call him dangerous, unprincipl’d,

A man loyal to self and self alone.

Some people call him the space cowboy, yeah

’Cos he speaks with the pompatus of love.

And then comes Farage, Nigel of that ilk,

With pint of ale, and cigarette in mouth.

A hearty chap chock-full of bonhomie,

A straight talker, socking it to all those

And a navy-blue, gold-button’d blazer.

The commodore of the local yacht club

And so he plays his part. Amidst these men

Is the leading lady of our story.

Theresa May. Let me be very clear.

That’s what she always says. ‘Let me be clear.’

Or a serious, dutiful woman

Landed with a most impossible task?

Or Maidenhead’s Odysseus, steering her

Course between the Scylla of the EU

And the Charybdis of the ERG.

Across the aisle, Jeremy Corbyn.

Darling of the Labour Party grassroots

Loath’d by his parliamentary colleagues.

And taking things back to the olden days

When socialism was a viable

Alternative to the capitalists.

On Brexit itself Jeremy seems torn.

And avoid fixing on a position.

And last, JRM of the ERG.

The Honourable Member for the 19th

Sure of the continu’d employment of

(As oppos’d to Remainer, God forbid!)

Now charg’d with yet more work as Jacob is

Blessèd sixfold with the fruits of his loins

And their extravagant nomenclatures.

And Sixtus: all these and more can be found

In the register of the Rees-Mogg births.

These are our players: now the events they play.

Long has been the road: longer yet it goes.

We know what has been. What is left to come?

What will be the very last scene of them all,

That ends this strange eventful history?

A further extension from the EU?

The revoking of Article 50?

Or the crashing out that is a ‘no deal’

Now back to you in the studio, Huw. 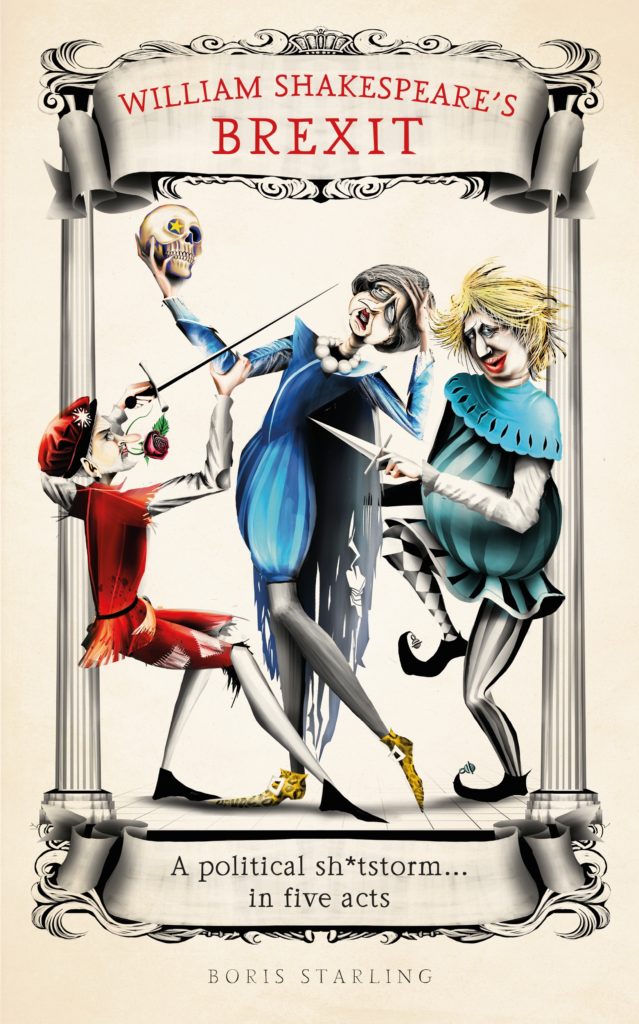 CAMERON [To himself:] Today I wish to talk about Europe.

[Sighs] You have caus’d me to lose my place. Pray speak.

OSBORNE This referendum you are proposing

OSBORNE It is a terrible idea. The worst.

Of all the bad ideas you’ve had, and there

Have been some absolute stinkers—

OSBORNE That rose garden speech with Nick Clegg, for one.

OSBORNE Of all those ideas, this one is

The worst, and by a considerable

Distance. Worse than all the others combin’d.

OSBORNE Once you start, you lose control.

Deep runs animosity in the shires

Toward the whole European project.

But their silence is not assent, and nor

Should we take it as such. A bloody nose

For Brussels, and for us the government;

The queue to make that punch is a long one.

OSBORNE The members who desert us for UKIP.

Call them what you want. They vote agin us.

They will lap up the honey’d populist

The easy answers to complex questions,

The cheap cooing of a reckless lover.

There are those too with genuine concerns:

Fishermen and farmers both, who buckle

At the yoke of EU regulation.

CAMERON I do. ’Tis good for the soul.

OSBORNE Aye. There is truth in that, and more beside.

These are the currents which run beneath us.

Three problems above all I can foresee.

Invert’d so the first words are the last?

OSBORNE The gravity of things to emphasise.

The first of the problems is as follows.

In or out? Stay or Leave? All or nothing.

There is no halfway house, no room to move.

Not further integration on the table

Nor adopting the single currency.

’Twere those and we lost, there’s still a way back.

But on membership itself, ’tis all in.

And if all in doth fail, then ’tis all out.

The second problem I enumerate.

This will split the Conservative Party

Clean down the midst, as though a warrior

Had cleav’d it straight through with a scimitar.

All parties are coalitions, we too.

Europhobes and Europhiles under one roof.

The truce is uneasy, but it holds still.

You call this referendum, and you will

Cry havoc, and let slip the dogs of war.

OSBORNE We blame the Lib Dems for everything, no?

CAMERON What else do you think they’re there for, my liege?

Last but not least amongst my vexations

Are the two Eds.

CAMERON They are better than one.

CAMERON Two Eds are better than one.

OSBORNE This punning does not become you, my lord.

Messrs Balls and Miliband are tipping

Their hats toward the City and business.

We are the party of business, not they.

To put this status in clear jeopardy

Would be an act of monstrous foolishness.

You will let your entire premiership

Be held hostage to this if you proceed.

CAMERON The value is in the offer itself.

We will regain enough members to win,

Or at least to be the largest party.

Another five years of coalition

And we can blame the Lib Dems for saying no.

No referendum as part of joint rule.

OSBORNE We blame the Lib Dems for everything, no?

CAMERON What else do you think they’re there for, my liege?

CAMERON goes to a lectern.

CAMERON Today I wish to talk about Europe;

Its future, and our future, interlinked.

’Tis now thirty-eight years since you the public

Were last ask’d to cast a vote on Europe.

It was the Common Market in those days.

Nine members had the EEC back then;

Now there are no fewer than twenty-eight.

’Tis time to ask the question once again.

In the next Conservative government

We will give the British people their say.

To stay in the EU, or to come out.

William Shakespeare’s Brexit by Boris Starling (£12.99) is out published by Bonnier Books 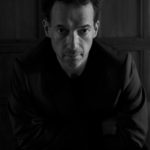 Boris Starling is a versatile and award-winning novelist, screenwriter and journalist. He has written eight crime novels and has reached the Sunday Times and New York Times bestseller lists. His debut novel Messiah was made into a prime time BBC One series which ran for five seasons, and he has written scripts and developed projects for broadcasters, studios and production companies in the UK, US and around Europe. He is also the author of the successful Haynes Explains series. Boris writes regularly for several national newspapers and was writer-in-residence at Max Gate, Thomas Hardy's house.
Tags :
Extract Boris Johnson Brexit Cameron Kuenssberg Shakespeare

You can’t say anything, these days, can you?

What do we mean when we demand 'free speech'?

By Darren Chetty and Adam Ferner

Jane Austen, Joanna Lumley and My Mother, The Bearded Lady

Caroline Kington talks about her own writing and that of her late husband, Miles