read on
Photo by Paweł Czerwiński on Unsplash

My room of one’s own

In my bedroom at the top of a four-storey London house – looking out on a square of plane trees, the spires and towers of a Charles Barry church, and an elegant rowan ablaze in summer with orange berries. It may break the rules of feng shui to sleep and work in the same room, but, for me, the tranquil atmosphere enhances creative thought. Size is important, too. It’s the only space large enough to hold my 1.8m desk – a relic of former office life as an editor of illustrated books – along with printer, scanner and desktop computer.

Circe by Madeline Miller – a mesmeric novel written from the viewpoint of Circe, the divine ‘witch’ in Homer’s Odyssey. It beguilingly reworks an ancient classic to explore eternal themes of love and revenge, especially the balance of power between female and male. Pat Barker achieves a similar triumph in The Silence of the Girls, in which the central character is Briseis, slave and concubine of the Greek hero Achilles.

My play of the year is The Hunt by David Farr, a stage version of the 2012 film by Thomas Vinterberg and Tobias Lindholm. This gripping psychological thriller, set in a small Danish town, focuses on the vilification of primary school teacher Lucas after a false accusation of child abuse.

I read ‘A Room of One’s Own’ by Virginia Woolf, which made me realise the vital importance to women of economic autonomy, which then became my prime concern

Alice’s Adventures in Wonderland by Lewis Carroll. I am the eldest of three sisters and I grew up in a world dominated by women, so it seemed natural for a girl to be the centre of every story, real or imagined. Exhilaratingly, Alice is free to follow her instincts without restraint, allowing her to go from one extraordinary experience to another and to meet a succession of fascinating and irrational beings. The Alice stories, their mystery and humour, formed a vivid backdrop to my childhood; in fact – having heard the invitation of the Mock Turtle – I think I became part of those stories: ‘Will you, won’t you, will you, won’t you, won’t you join the dance?’ You know what I said.

I started ‘to write’ as soon as I could speak – making up stories in my head, at least – but, as I grew older, it never seemed like a realistic way of earning a living. I won prizes for essays at school and then I studied English at Durham University. While at Durham, I read A Room of One’s Own by Virginia Woolf, which made me realise the vital importance to women of economic autonomy, which then became my prime concern. I achieved an actual – and metaphorical – room of my own about 30 years later, once my two children had become independent, by which time my husband and I had fewer money worries than in the early years of our marriage.

Desktop computer with a large screen, at least 21in (53cm) on the diagonal. I worked for about 20 years as an editor in book publishing, more recently focusing on beautiful illustrated ‘lifestyle’ books – about the delights of living in Provence, etc. I took great pleasure in using computer programmes (Quark Express, InDesign) that allowed me to lay out pages with pictures, text and captions in place, and then to edit the words. The satisfaction of designing pages for illustrated books is a great unsung joy.

I sometimes re-read books that have been important to me – in which case, I always have the sensation of reading something quite new. Books that made an impression as a teenager have a completely different resonance now. An example is Anna Karenina by Leo Tolstoy, which I re-read last year, not long after the death of my husband of 37 years. I can now appreciate the complexities of marital and extramarital affairs in a way that was not the case when I was 17.

I am lucky enough to count the British Library at St Pancras as my local library. I can get there from my home in Islington in 15 minutes by bus. When I’m in the middle of writing a book, I might go to the British Library three or four times a week to research and write. Indeed, I regard the Rare Books Reading Room as my unofficial office. How could anyone ever tire of a place that claims to hold more than 200 million items? One of the best things about the British Library is its democratic nature. Although you are not allowed to take books out, anyone who has a UK address and a serious purpose can obtain a pass to use the reading rooms.

Gulliver’s Travels by Jonathan Swift. OK, this is my last confession. Be sure your lazy sins will find you out! While studying English at Durham, I left my revision for finals until the last moment. In the 13th exam (of 13 in a week, by the end of which my face had assumed a deathlike pallor), I was determined to write about George Orwell, a contemporary passion, and I’d mugged up everything I possibly could about Orwell. Unfortunately, the question, when it came, asked for a comparison between the use of satire in two works, Gulliver’s Travels and Animal Farm. I bluffed it, dear reader – and yes, I was awarded my degree.

Magnificent Women and their Revolutionary Machines is the true account of a group of brave women who made a huge difference to their world by founding the Women’s Engineering Society in 1919. The society was formed a couple of months after some women in Britain were allowed to vote for the first time in parliamentary elections. Its rallying cry, as articulated by its first president, Rachel Parsons, was: ‘Women have won their political independence. Now is the time for them to achieve their economic freedom too.’ 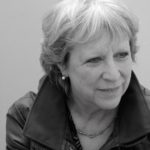 Henrietta Heald's new book is Magnificent Women and their Revolutionary Machines, about the extraordinary women who founded the Women's Engineering Society in 1919. She is also the author of William Armstrong, Magician of the North, which was shortlisted for two literary prizes. Her other books include Chronicle of Britain and Ireland and a National Trust guide to Cragside, Northumberland. She lives in Islington, north London.
Tags :
Q&A Alice in Wonderland illustrated books Virginia Woolf

The trouble with Mrs Dalloway…

How to solve a problem like adapting the book for the stage?

What was Virginia Woolf afraid of?

On frump-shaming and the message it sends to women: that they can never afford to forget they are an object.