read on
Photo by Jason Leung on Unsplash

Knitting up a revolution

It began with the diggers. The endless diggers. This time last year my son was only eighteen months old, but already the gendered choice of clothes for him was depressingly heavy on agricultural machinery or emergency vehicles. Couldn’t he just wear a nice jumper? I found myself asking, only to discover just how hard they can be to find.

A visiting friend, kind enough to have listened to my rant, suggested I knit him one. Despite my protestations that that was impossible, she insisted that if she could manage it, so could I. The idea did appeal… I was recently separated from my husband and wary of spending autumn evenings on social media, wine glass in hand, becoming ever more maudlin. Perhaps knitting might keep my fingers busy, as well as my son appropriately clothed. I was also attracted to the idea of having a little more control over what I wear, and how environmentally conscious it might be. To hell with the idea that knitting meant old age hurtling towards me like a bullet. A week later I was sitting surrounded by a few balls of red wool and a pattern I had chosen via Instagram and downloaded via a sort of ‘Facebook for knitters’ called Ravelry.

I had memories of knitting with my grandmother in my girlhood, the satisfying rhythm of wool looping over wooden needles time after time, a methodical calm creeping in as we chatted, whatever I was making slowly growing on my lap. The repetitive movements and the chance to chat without the intensity of constant eye contact had been hugely therapeutic. What, I realise now, had got lost in the mists of time was that I was only ever knitting scarves or baby blankets for my dolls. I had no idea about ‘starting with my gauge’ or indeed ‘how to manage my tension’, and I had never read a pattern. 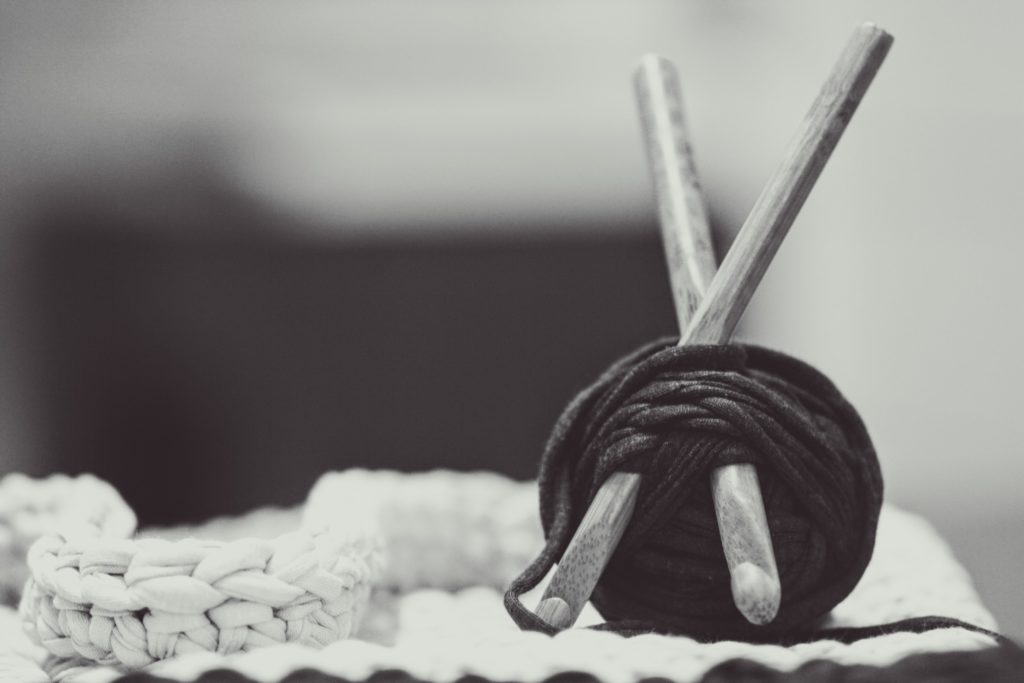 Photo by Olliss on Unsplash

Knitting patterns, I discovered, look like coding, a basic set-up reading something like ‘K1, M1L, k2 (2, 2, 2, 4), M1R, k1, pm, k1, M1L, knit until 5 (5, 5, 5, 7) sts remain’. Eh?! I was terrified; I had reached for a pastime I thought would be organic, fluffy or at least calming and instead I was engaged in what looked like a maths project. But as I slowly deciphered the pattern, I realised that it didn’t just look like coding, it was coding. Just as computer coding holds together the social networks which maintain our friendships and control the machinery which allows us to see the friends, these sequences, if repeated with a steady hand (and heart) enough times, also slowly turn into the three dimensional. Where once there were numbers and needles, slowly there becomes fabric. And not just fabric, but fabric which can wrap around a human, fitting each curve where required.

But the deciphering was not easy. I spent hours on YouTube trying to navigate the wacky knitters, the dogmatic knitters and the insta-fabulous knitters before realising that while there is something for everyone, there is too much information out there to untangle alone. I yearned for the analogue, and only grasped the basics once my local yarn shop (the fabulous YAK in Brighton) had pointed me in the direction of a genuinely useful book, in this case Knit How by PomPom magazine. It had a glossary, an index and line drawings which were significantly more helpful than the ‘characterful’ nail art of the knitting bloggers speaking faster than racing commentators on whom I had previously been relying.

Frogging is what knitters call unravelling: to undo your mistakes you simply ‘rip it, rip it’

Glorious though the book proved to be, that was not the greatest secret my wool shop revealed to me. The true nugget of knitting gold was the sense of camaraderie, respect and kindness I discovered among fellow knitters. I went along to a couple of Knit Nights where both I and my tangled knitting were welcomed warmly and without prejudice. Techniques were shared, biscuits were passed and ideas suggested. By spring my cardigan was finished. Sure, the tension was a little off, but it was my first attempt for thirty years and within a fortnight I took a class in jumper making. Finally, I was getting a sense of what those strings of numbers on the page might look like in their finished form. And – crucially – I was getting more confident trying a challenging pattern out, safe in the knowledge that if I made a mistake I could resort to ‘frogging’. (Frogging is what knitters call unravelling: to undo your mistakes you simply ‘rip it, rip it’.)

Since spring I have made my first jumper for my son. He declared it ‘nice and cosy’, and I’m not ashamed to say that it prompted tears. I have gone on to make gifts for most of my family, the newborns of two friends and my hat and scarf for a recent hiking trip to Arctic Norway. I have even tried my hand at Fair Isle, making the commemorative hat for this year’s Shetland Wool Week. Next year, I plan to visit Fair Isle itself.

Time and again, it is the cultural threads holding us all together which knitting has revealed to me

I’m proud of – and quite startled by the decent quality of! – the items I’ve made. But what has stayed with me is the quietly political nature of the knitting world. Last autumn I was still smarting from a painful separation, prompted by my husband’s decision to transition. My heart was in my throat when I mentioned it to the women at Knit Night, but there was genuine kindness in their voices when their first response was to ask what my Christmas plans were, if I had enough childcare and whether I had family support. And I’ve seen this open-mindedness on a bigger stage, on the Ravelry website itself, which has this year alone had a drive for inclusivity in knitting (after increasing numbers of knitters reported experiencing racism in local yarn shops) and a total ban on posts actively promoting Trump. Their argument is that posts which ‘support President Trump, his administration, or individual policies that harm marginalized groups, all constitute hate speech.’ These discussions cross age barriers from those I would once have termed fuddyduddy to those I feared were merely knitting ironic hipster garments. 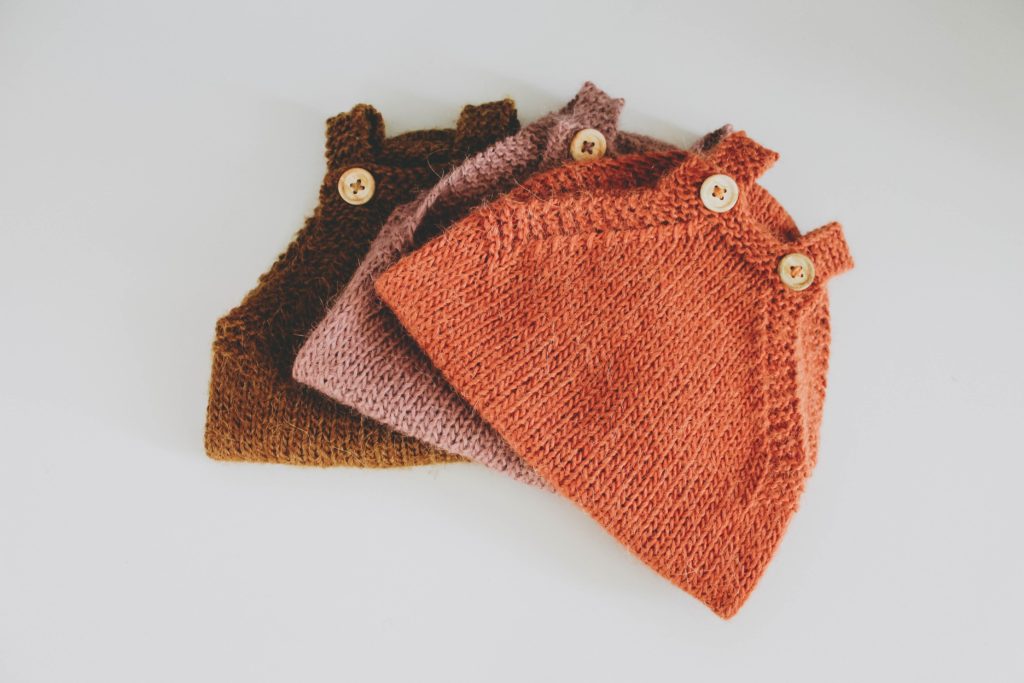 Photo by Nynne Schrøder on Unsplash

Time and again, it is the cultural threads holding us all together which knitting has revealed to me. While I took a ten-hour train journey from the Lofoten Islands to Trondheim in June, I met a Norwegian knitter who not only discussed post-cold-war Norway with me, but also drew me a map of Trondheim’s best yarn stores. Women I’ve never met have sent me wool they have come across because they figure I might do something nice with it. Now I’m learning to make tiny clothes for my local neonatal unit.

I was a fool not to have realised that knitting has always been political. From the tricoteuse who sat knitting beside the guillotine in revolutionary France to the Wool Brigades of World War One, which saw a three-day knitting bee in Central Park organised to create enough warm garments for the soldiers fighting abroad, it has always leaned into the political. Perhaps because it has been seen as a female concern its power stayed out of the limelight for centuries. These days its politics also lie in its environmental benefits: you can create something that will last for decades with a tiny carbon footprint and minimal ecological impact.

This winter, I have been tasked with making Christmas jumpers for my nephew as well as the one I’ll be doing for my son. I fear I know what will come after that. Because these days there is only one thing my son loves as much as his cosy hand-made jumpers: diggers. 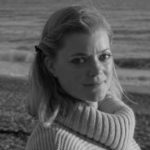 Alexandra Heminsley is a bestselling author, ghostwriter, journalist, broadcaster and speaker. Her work has included writing Sunday Times Top Ten sellers, interviewing Jessica Ennis, Paula Radcliffe, and Kyle Edmund, and she has been nominated for the William Hill Sports Book of the Year Award. She has also written about the incalculable value of nail polish, Valley of the Dolls, and periods. She is currently working on two new books, and is books editor of Grazia magazine and a reviewer for BBC Radio 2. She continues to work on book and fitness features online and in print, as well as hosting and speaking at events nationally and internationally .
@@Hemmo
Tags :
Essay children's clothes Fair Isle knitting political Trump

‘I find Hillary Clinton to be a fascinating person’

When fiction met Brexit and Trump...