By Antony Peattie
Q&A | 2 minute read
That was the working title of my book – until I learned that bookshops would not know where to shelve it….

I am a promiscuous collector of libraries. My favourites include the London Library, of course, but also Keats House; Duke Humfrey in the Bodleian; German Historical Institute; British Library; David Sassoon Library (Mumbai); Swiss Cottage Library; Camden Library… Knowing that other people are working in the same space helps me to concentrate.

Neel Mukherjee’s The Lives of Others was hard going, starting with death from starvation in the first chapter, but totally rewarding. Cheek by Jowl’s staging of The Knight of the Burning Pestle at the Barbican astonished and delighted me.

Mervyn Peake’s Gormenghast trilogy. I loved the story and its illustrations, as well as the names: Steerpike, Sepulchrave and Irma Prunesquallor, who ‘misses her footing on the social ladder at least three times a week, only to start climbing again, wriggling her pelvis the while’.

Julian Barnes’ Flaubert’s Parrot suggested that facts and speculation could transport the reader just as effectively as fiction. In mute homage I called an early draft of my book Byron’s Diet – until I learned that bookshops would not know where to shelve it….

It has taken me so long to complete this book I feel I started writing on papyrus. Lately, I have been using a laptop augmented by mobile phone for panic-struck notes.

The best hero is Byron’s Conrad, the Corsair. The worst villain must be the eponymous Viper of Milan, but I haven’t dared read it, since it haunted my childhood nights. It was written by Marjorie Bowen (when she was 16) and published in 1906.

I rather wish I moved in circles where you need to lie about reading. But I don’t.

Byron often suffered from an (unacknowledged) eating disorder. Why? What did it mean to him? 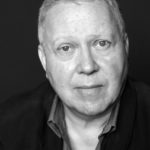 Antony Peattie’s first job after university was correcting the English translations of Byron’s Italian letters. After working as publications editor at the Welsh National Opera, he helped launch Opera Now magazine before going freelance, devising ‘Opera Bites’ for Glyndebourne, supertitles for Scottish Opera and surtitles for the Royal Opera. With Lord Harewood he edited the latest edition of Kobbe’s Complete Book of Opera, and he has lectured on Byron at the National Gallery and Tate Britain. He lives in London.
Tags :
Q&A Byron eating disorder Julian Barnes

Tiffany Francis sees glimpses of hope and mortality in the darkness

We mourn the loss of precious books but would we really want every fabled work to come to light?