read on
A young thruster pushing a laden coal tub. Photograph courtesy of the National Coal Mining Museum for England

By Liz Hyder
Essay | 7 minute read
Victorian poverty is not a thing of the past, says novelist Liz Hyder, who was horrified by the exploitative practices she read about while researching her new book set in a 19th-century mine

New train lines being built, new grand sewers being dug, complaints about the capital’s roads endlessly being disrupted, sensationalist newspapers, politicians scandalised by the acts of young people, a Queen on the throne – it all sounds rather familiar, doesn’t it? Yet I’m not talking about the here and now but the early Victorian period. I’m not the first to draw parallels between that long-lasting era and our present, nor will I be the last, but I do believe that, nowadays, we often have a tendency to glamorise it, reducing it to great engineering projects, scientific developments and the beginning of our modern age. As ever, the truth isn’t quite as simple as that.

Industrialisation and the successes of the Victorian era more often than not had their roots in exploitation. Whilst slavery was eventually abolished in the British Empire in 1833, other exploitation continued unabated. Underground, the coal mines ate workers, swallowed them whole in explosions, cave-ins and floods, or slowly, methodically killed them by clogging up their lungs with black coal dust – all to earn a pittance. I learned some of this at school, as you probably did, but I also forgot about it, until a few years ago when I ventured down a slate mine on a rainy day whilst on holiday in Wales. It’s a low-key place, just south of Harlech, with no fancy light display, no guided tour, just a hard-hat and a torch and a cheery warning to ‘mind your head’ as you venture in.

The Llanfair Slate Caverns are hugely atmospheric. Dripping walls, old pieces of rusted equipment slowly rotting in the same position they were in when the mine closed. Three things that I came across that day really stayed with me. New boys working down the mine had their right nostril slit on their first day to show they were ‘man enough’ to work down there (the scar also serving the purpose of effectively branding them as the property of the mine owner). A stretcher to carry out anyone unlucky enough to get wounded was the exact shape and size of a coffin, minus the lid. And finally, near the entrance, there was a huge stone figure if you squinted (and you had to squint pretty hard) that the workers used to doff their cap to as they came and went into the mine every day. There was something of the cult in all this, I felt, and a glimmering of a story began to stir in my head.

I set off on a research journey to find out more about mines, particularly those early Victorian ones. I ventured down other mines, devoured books on the subject, read numerous first-hand accounts. What I found genuinely shocked me. If you lived in a coal-mining area in the 1830s and early 1840s and were not from an affluent family, you more than likely worked underground. Whole families braved the dark every week for hours on end to earn a handful of coins. Children from the age of four worked twelve-hour days, six days a week. Read that again. Out loud. Children from the age of four. The youngest workers down there, their role was to be a trapper, sitting for hours at a time next to a door that they would open and shut to regulate the flow of air in the mine. An incredibly tedious job, it was usually done in the dark as workers had to pay for their own candles. It was also dangerous. If the levels of methane built up in the mine, there could be a deadly explosion. It was a low-paid yet hugely responsible job and children, unsurprisingly, were often known to fall asleep on duty, putting the rest of the mine potentially in peril. 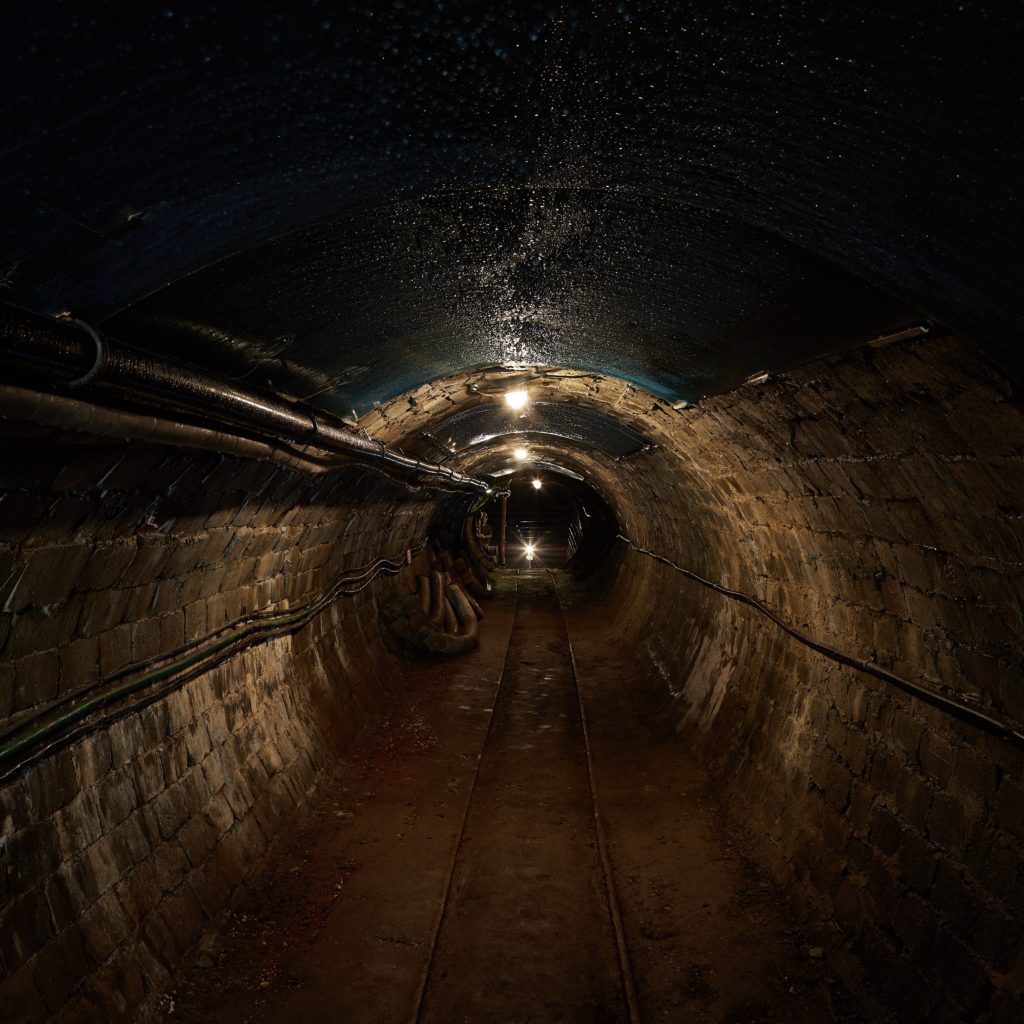 Photo by Martin Brechtl on Unsplash

Reading the first-hand accounts from the early 1840s is heart breaking. Take seven-year-old William Richards who worked down Buttery Hatch colliery in Monmouthshire. ‘I have been down about three years. When I first went down I couldn’t keep my eyes open. I don’t fall asleep now, I smokes my pipe.’ There’s a particularly horrifying account, from a senior mine worker in the South Wales collieries, William Jenkins, who revealed that ‘Children are taken down as soon as they can crawl.’

As if the daily work weren’t hard enough, life outside of the mines wasn’t exactly a bed of roses either. Workers were often tied to the cottages owned by the mine owner with no security if they were injured. Men were sometimes paid down the pub after they’d already half-drunk their earnings, seeking solace in alcohol and, frankly, who can blame them? They had to pay for their own boots, candles and other equipment too, and sometimes the only local shop was also owned by, yes, you’ve guessed it, the mine-owner.

I wanted to show how dehumanising that world of child labour was, how brutal, dangerous and frightening

We’ve come a long way since then, not just in terms of work safety but also in terms of protecting workers’ rights. Yet exploitation has not gone away, relegated to the annals of time. Instead, it’s simply been rebranded as opportunity. Zero-hours contracts where the employer has almost no responsibility for the employee are seen by some as useful for flexible working. For others, it’s a waiting game, not knowing if you will or won’t have work later that day, if you will or won’t be able to pay the rent or be able to eat properly. And there are other forms of modern exploitation, too – take the example of the DPD driver who died after being fined for taking a day off for a medical appointment to treat his diabetes just last year. According to The Guardian, DPD use around 5,000 couriers, all of whom count as ‘self-employed’. Yet they ‘must wear a uniform, hire a DPD liveried van and not work for any other courier company’. If they cannot find someone else to cover their round, they are fined £150 per day. None of this is illegal but it’s clearly a huge dereliction of duty and utterly exploitative – it should be called out and condemned as such.

In Bearmouth, the title of my book and the name of the fictional mine in which it is set, much of what happens is inspired by the research I did on early Victorian mines. But I was always adamant that I didn’t want to write a purely historical novel. I wanted my Bearmouth to be a fictional mine, a Victorian-esque one in which I could set a gripping fable about truth, hope and the importance of questioning the status quo. I wanted my story to be broader, to resonate now with the increasing gig economy, with companies shirking responsibility for looking after what are, in essence, employed staff. I wanted Bearmouth to speak to a world where fake news is a genuine danger and where asking questions is more important than ever. I wanted, too, to show how dehumanising that world of exploitation and child labour was, how brutal, dangerous and frightening, to let it echo and resonate down the years.

It may surprise and horrify you to know that a shockingly high number of children continue to work in mines today. According to World Vision Canada, a global relief, development and advocacy organisation, there were around one million child miners around the globe just last year. That same organisation’s study into child miners in the Democratic Republic of Congo found that eighty-seven per cent of children they interviewed experienced body pain and many of them had been injured. Nineteen per cent of the children said they had seen a child die on site. Child labour and exploitation hasn’t gone away, it has simply changed, transformed itself into something else that is, as ever, carefully hidden from view. I hope that, in a small way at least, Bearmouth and those who read it will bring it to the surface again and, if nothing else, will make readers think a little more sharply and less nostalgically about the Victorian era. 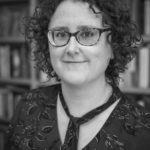 Liz Hyder is a writer, creative workshop leader and freelance arts PR Consultant. She has been part of Writing West Midlands’s Room 204 writer development programme since 2016. In early 2018, she won The Bridge Award/Moniack Mhor's Emerging Writer Award. Bearmouth is her first novel. A past member of the National Youth Theatre, Liz has a BA in Drama from the University of Bristol and is on the board of Wales Arts Review. Previously, she’s developed a pilot series with Channel 4 Scotland, collaborated with the E17 Shadow Puppet Theatre for the Cultural Olympiad and been runner-up of the Roy W Dean Writers’ Grant (International Writing Award). She worked in BBC publicity for six years on everything from EastEnders, Holby and Casualty to Radio 4 and arts TV. Since going freelance, she has been shortlisted for and won various PPC (Publishers’ Publicity Circle) Awards. Since 2016, she has been the Film Programme Coordinator at Hay Festival.
@LondonBessie
Tags :
Essay coal miner mining poverty slavery Victorian

An introduction to the prescient Mr Alexander von Humboldt, and his works.