read on
Photo by Amie Johnson on Unsplash

Let’s dance… to the pub

I tend to scrawl notes while sitting in a pub; there’s something very liberating about being alone with one’s thoughts amongst happily occupied people. But to start a book properly – a truly terrifying thing – I rent a place for a week or so, with the idea that absolute isolation will cause some sort of brain shift. I wrote the opening passage of The Last Landlady in a tiny cottage in Kent. Then I carried on in my flat in Richmond, which is small but has a huge window. I like being beside an open window, even in winter.

At Mrs Lippincote’s by Elizabeth Taylor; it’s about so little yet so much, it traces character with such a fine, oblique certainty; how does she do it? It’s all about the writing, but the writing is about something. It isn’t just style for its own clever sake.

In the summer I saw Andrew Scott in Present Laughter at the Old Vic, which was a good production transformed by a superb central performance. But rather than theatre I usually go to the ballet. The best performer I ever saw was Sylvie Guillem; I spent fortunes watching her at Covent Garden, not a penny of it wasted.

I read lot of books about girls who practiced at the barre until their toes bled; I still long to find that level of dedication in myself

I went to ballet school so read lots of books like Veronica at the Wells, about girls who practiced at the barre until their toes bled; I still long to find that level of dedication in myself. I also read my mother’s copy of Murder on the Links, which started a fascination with Agatha Christie that ended in me becoming her biographer. As a teenager the first book that I truly loved was The Mayor of Casterbridge. I usually think of genius as having a light touch, but Hardy is a magnificent humourless exception.

It’s odd, I never thought that I would be a writer. If any book inspired me it was probably The Pursuit of Love, because l think of Nancy Mitford as an ‘accidental’ writer, like myself. I first wanted to dance, then to act, then to direct plays; I sort of fell into writing in my twenties, although I now realise that this was the right thing to do, not least because I love reading more than anything. Plus my dancing career would be over and I was really quite bad at acting, although I’d still like to direct Julius Caesar.

Notes with a pen. Then desktop computer, really out of laziness. When I think of George Eliot writing Middlemarch by hand…

It probably is too short, but I am a great re-reader. How many times have I read The Pursuit of Love, or Quartet by Jean Rhys, or Slaves of Solitude by Patrick Hamilton, or Frost in May by Antonia White? I could go on… It’s that childlike thrill of watching a tale unfold, inexorably, even when you long for its course to be diverted (the end of Frost in May, oh lord). It’s also the adult delight in observing how a writer achieves their effects: I remember re-reading The Prime of Miss Jean Brodie and simply being transported by the way it was punctuated.

I adore Mrs Hawkins in Muriel Spark’s A Far Cry from Kensington. She is so gloriously sane and secure in her own personality, a perfect restorative if one is feeling low. She also cured me of anxiety about my sleepless nights: ‘the quality of insomnia depends entirely on what you decide to think of. Can you decide to think? – Yes, you can’.

My favourite villain is Patrick Hamilton’s Ernest Ralph Gorse, who appears in three novels (which Hamilton’s publisher didn’t really like: what an idiot). Gorse is a social climbing career criminal, a force of evil in pinstripes and monocle, to my mind the supreme creation of Hamilton’s astonishing style.

‘The Last Landlady’ is an elegy to the pub, an institution that is treasured yet dying, and that I believe is essential to our national wellbeing

I go to Richmond library all the time, they have some wonderful books in store.

There are quite a few classics that I haven’t read, but the one that I definitely lied about was Wuthering Heights, which in fact I have now read. I didn’t really like it. That bastard dog-killer Heathcliff. Perhaps I’d have enjoyed it more at fifteen, around the age when I started lying about it.

The Last Landlady is an elegy to the pub, an institution that is treasured yet dying, and that I believe is essential to our national wellbeing. Its story is told through that of my grandmother, a great landlady, who was – so I was always told – the first woman in England to be given a publican’s licence in her own right. I spent a lot of time at the pub as a child, but I was amazed by how much I remembered of its atmosphere, its customers, the look and smell of the place. This is in fact a book about the joy of memory, which I fear we are losing – along with the pub – to the Instagram culture; but mainly of course it is about vanishing worlds, both personal and collective.

The Last Landlady by Laura Thompson is published by Unbound 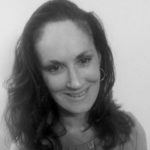 Laura Thompson read English at Oxford. Her first book, The Dogs, won the Somerset Maugham Award. While living in Newmarket she wrote two books about horse racing, then a life of Nancy Mitford and an Edgar-nominated biography of Agatha Christie (reissued 2020). She has also written a re-examination of the Lord Lucan story, A Different Class of Murder, and the CWA Dagger-nominated Rex v Edith Thompson, about the 1922 Thompson-Bywaters murder case. Her group biography of the Mitfords, The Six, was a New York Times bestseller and is in development for television.
Tags :
Q&A Hardy pubs writing