read on
Image thanks to the Wellcome Collection

How to catch a witch

By Thomas Waters
Extract | 5 minute read
An extract from Cursed Britain: A History of Witchcraft and Black Magic in Modern Times

Many of us like to imagine that education cures superstition. But the deep origins of our beliefs are weirder and more troubling than we think. Atmosphere and environment can exercise a strange influence, making even the best-educated people wonder about the existence of dark powers. So discovered Dr Stanley George Browne (1907–86), a leprosy expert and medical missionary to the Congo between the 1930s and 50s. In this extract from Cursed Britain: A History of Witchcraft and Black Magic in Modern Times, its author Thomas Waters recounts that unlikely mission.

In the morning, Browne went to the river. There he could forget the leprosy, malaria, smallpox and sleeping sickness – the horrific illnesses blighting people he met every day.

This was a deadly place. But it was also sublime, he reflected, meandering down the banks of the Congo, beside the mile-wide muddy waters, under the canopy of an equatorial rainforest, in the heat and humidity, with a thousand insects humming all around. Today though, he would not enjoy this tropical environment alone. Coming towards him, through the undergrowth, was a figure. A woman, he could now see, who was moving oddly. Was she skipping? And something else. From head to toe, she was covered with the local marker of innocence – white chalk.

The poison oracle meant drinking a dangerous concoction, made from the bark of the nkasa tree. People who threw it up were deemed innocent. Those who responded differently (that is, died) were declared to be witches

When they met, he asked her why. She explained that her people had long suspected her of using witchcraft to make them ill. She’d endured this reputation until recently, when their accusations had become fiercer. To dispel them, she’d consented to undergo the ordeal of the poison oracle. It meant drinking a dangerous concoction, made from the bark of the nkasa tree. People who threw it up were deemed innocent. Those who responded differently (that is, died) were declared to be witches.

A vicious revelatory system presided over by tribal leaders, the poison ordeal had been outlawed by the Belgian colonial government for at least a generation. Yet amid the Congolese people’s intense fear of witches and understandable suspicion of their white overlords, the imperial authorities struggled to fully suppress it. In 1894 a missionary working in what was then a diabolically exploited part of Africa saw an ‘epidemic of accusations of witchcraft’, with several people dying from the poison ordeal in the month of December alone. Thankfully the woman chalked in white, who underwent the same ordeal half a century later, didn’t share their fate. She survived, and now everyone in her clan said she’d committed no crime. 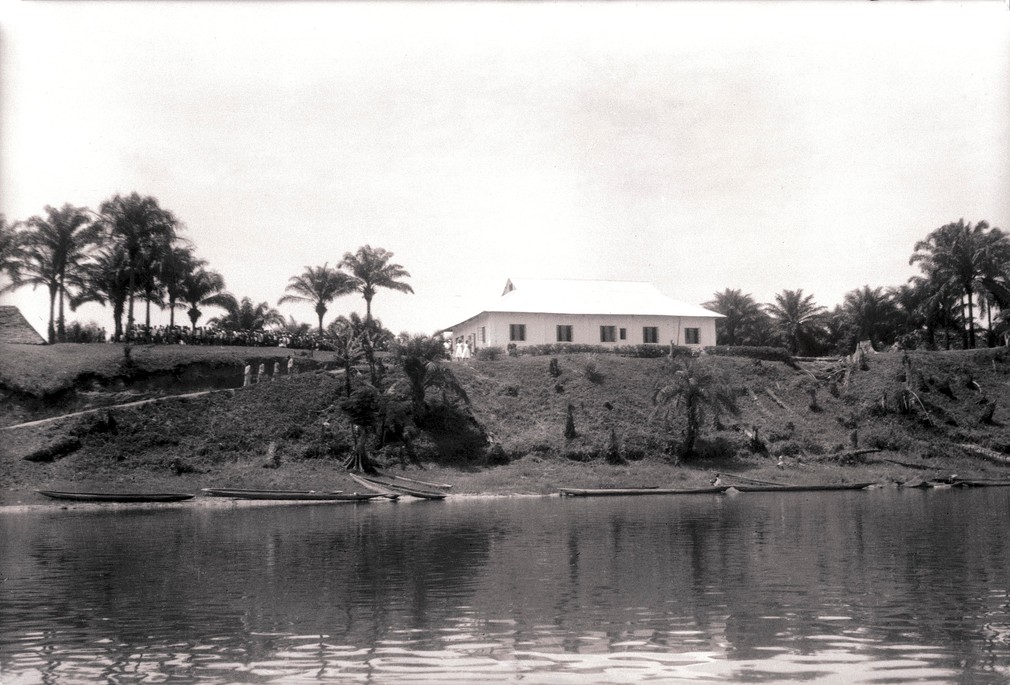 Image thanks to the Wellcome Collection

Dr Stanley Browne was a celebrated medical missionary from Britain who made Belgian-ruled Africa his home for almost two and a half decades, between 1936 and 1959. Needless to say, Dr Browne frequently encountered Congolese people who fervently believed in witchcraft. The first time he left his mission station, at Yakusu, to visit tribes living in the forest, he was greeted by a powerful ‘witch doctor’, or nganga (meaning ‘medicine man’). With seventeen wives and eighty-three children in train, the nganga was an awesome figure, wearing a headdress of parrot feathers, a leopard-skin girdle jangling with shells and beads, and a necklace made of leopard’s teeth decorated with soot and sticky resin, and resplendent with two monkey tails dangling down his back. Patients at Dr Browne’s infirmary often wore charms and fetishes crafted by this man – carved pieces of wood painted with the blood of a chicken, or special nutshells fastened around their ankles. Once, a woman arrived at the missionary hospital terrified she was about to die, because outside her hut she’d discovered blood and chicken bones – the ingredients of a malicious spell.

One might think that such experiences would convince a foreigner that African witchcraft was a blend of arrant nonsense and dangerous superstition. Especially someone like Dr Stanley Browne, a world-renowned expert on leprosy, Fellow of the Royal College of Physicians, author of numerous academic books and articles, and bearer of advanced degrees from universities in Britain and Europe. Browne’s official biography certainly portrayed him as a relentless enemy of superstition, who used Christianity and medical science to fight witchcraft belief and the witch doctors who propagated it.

The missionary’s gleaming image did not correspond with grim reality. In his private diary (now held by the Wellcome Collection, in London), Dr Browne revealed his inner thoughts, which amounted to a limited belief in the world of African magic. Congolese witches worked through a combination of herbalism, psychological suggestion and a genuine ability to control dark mystic powers, Stanley Browne thought. Or, as he put it in his diary, they spread their evil by: ‘1. Subtle poisons. 2. Hypnotism 3. Unknown psychic means.’ Because Dr Browne thought some witches genuinely embodied spiritual evil, he opposed the colonial laws designed to suppress witch doctors. After all, by detecting the authentic ‘spiritual power’ of witches, the medicine men were doing important work.

It might sound remarkable that a highly educated European physician thought like this, but Dr Browne was not alone. In nineteenth-century Transvaal, in what would later become a province of British South Africa, German missionaries harboured similar sentiments. In 1932 none other than Dr John Aglionby, the Anglican Bishop of Accra (capital of the Gold Coast, now Ghana), warned journalists not to dismiss the reality of African witchcraft. As he recuperated in his Kent garden from a bout of malaria, he insisted: ‘It is not possible that such an unholy sway can be maintained by fraud alone.’ The domain of African occultism was undoubtedly awash with error, superstition and criminality. Yet to some godly minds, it also contained an element of truth – a dark revelation about the reality of supernatural evil in this world, as well as the next.

Cursed Britain: A History of Witchcraft and Black Magic in Modern Times, by Thomas Waters, is published by Yale University Press 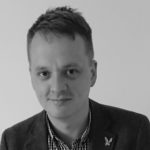 Thomas Waters is Lecturer in History at Imperial College London, a Tutor for the Workers' Educational Association, and an expert on the history of witchcraft and magic. He grew up in Sheffield, England, was educated at the universities of Leeds and Oxford, and now lives in Beeston, Nottinghamshire.
Tags :
Extract Africa Christian doctor witch witchcraft