Espressos for kicks, wine after six

In my first-floor study overlooking acres of lush green fields – the silence only broken by Cyril the squirrel darting across the window and my numerous drinks depending on the hour. Espressos for kicks, wine after six. I simply can’t write with other stuff going on around me. After I worked at Central TV producing a TV documentary, I vowed that would be my final job in a mainstream office, and it was!

The one book that still resounds strongly is Matt Haig’s Reasons to Stay Alive. The minute I flicked through it in a London book shop, I knew it had the power to change and save lives. Every exquisitely constructed sentence has a resonance that goes deeper – the first book to mainstream a controversial subject with ease, humour and style. I haven’t been to the cinema or theatre for years. I read all the current-release press reviews and often think ‘I must see that’ but real life always gets in the way. It’s ten miles to the nearest cinema from where I live so I may be forgiven. My favourite film is Dead Poets Society, which should be essential viewing in all schools.

There weren’t many books around the house when I was growing up, but I do recall finding a hidden copy of Lady Chatterley’s Lover, obviously not bought by my parents solely for D.H. Lawrence’s literary brilliance. I had to study The History of Mr. Polly for ‘O’ level English, a dull time for a lively teenager. It turned me off reading until my older brother raved about Tender Is the Night and The Great Gatsby, which mostly mirrored events in the extraordinary lives of author Scott Fitzgerald and wife Zelda. They woke me up!

No special book inspired me to write. My first professional foray was as an advertising copy writer, followed by magazine feature writing. It was the concept of writing a book to get an important message out there that inspired me. I’d recently come out of a disturbing toxic relationship (now recognised and enshrined in law as coercive control) and I wanted to warn others. But a publisher told me it was ahead of its time and too extreme, and instead, signed me to write two books about the beauty and diet secrets of supermodels. So I wrote them with an honesty that shattered all those ‘too close to the bone’ myths and clichés once and for all.

I use a curious mixture of scattered notes on little pads and a laptop. There is that 3 a.m. clarity of a bedside notepad scribble, which will need decoding next morning. Typing it onto my laptop lets me see if my thoughts make future-reader sense in the cold light of day.

Actively running a business and being a life adventurer means I always catch-up on world-wide news before re-reading a novel. I often refer to non-fiction books if/when they have a current relevance.

I haven’t a clue! Mainly a non-fiction reader, I like real life heroes and don’t find villains of any genre admirable or exciting.

Interesting question, as I’m just about to visit libraries in the county I live in to make them aware of my forthcoming book. My last local visit to a library was in Barnsley, where I grew up, and where an amazing mid-town £5m library has just opened, which I’ll be seeing next month.

I simply do a wise ‘I’ve read them all’ smile whenever Shakespeare’s name is mentioned and madly try to remember some vague details of As You Like It, his pastoral comedy that I also had to study for ‘O’ level English. I keep telling myself I’ll have plenty of time to read Jane Austin, the Brontës et al when I’m older, but guess I’d better start yesterday. I’m not ashamed of never reading classics because reading isn’t a duty.

My entire family died tragically, two of them by suicide, when I travelled the world as a fashion model in the late sixties and seventies. Head Shot is about the extreme contrast between the glittering glamour and my frozen grief and how it had a profound effect on my approach to life during those wild counterculture years and beyond. It contains many rarely seen images and the deepest truths at just the right moment, so come a little closer and… whoops the elevator has just delivered me! It’s back to work now. 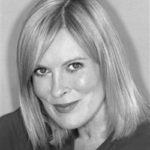 Victoria Nixon from Barnsley, Yorkshire was 18 when discovered by the late Helmut Newton who photographed her for Vogue. This launched her international modelling career and she was named the Daily Mail’s ‘Face of 1968’. After her family died tragically, she became an award-winning advertising copywriter, television producer and magazine editor. She opened the first deli in the UK to ban plastic packaging in the ‘90’s and in 2002 her first book ‘Supermodels’ Beauty Secrets’ was published, followed by ‘Supermodel’s Diet Secrets’ in 2004. Now she’s the Co-founder & Managing Director of a British company which designs/manufactures humanitarian aid products used worldwide. Head Shot is her latest book.
Tags :
Q&A Barnsley model travel

Fantasy: of course it’s not only for introverts

Readers of fantasy are all introverted book worms, right? Wrong!