Choose books for respite in these grim times

By Charles Fernyhough
Q&A | 5 minute read
Charles Fernyhough on his favourite Spike Lee film, real-life villains and his book Others, where writers explore how books help us to see beyond ourselves

The study in our house in County Durham looks over the Wear Valley: fields, sheep, trees, a glint of river. When I’m not at home I always have my laptop and notebook with me, so I can keep going wherever I am. Much of my writing is done on trains at the moment. I’m hypersensitive to people talking around me when I’m trying to concentrate, so my lifesaver is a noise app which, on the right settings, can perfectly filter out the human voice. When the children were small I used to do a lot of writing in the car: there was nothing like a drive through country lanes to get them dropping off for an afternoon nap and leaving me an hour or so to write in peace.

Bird Summons by Leila Aboulela tells the story of three women on a quest to visit the Highlands grave of a Scottish aristocrat who converted to Islam. Funny, quietly wise and shot through with magic, it gives a multitude of reasons why Aboulela’s work should be better recognised. I grew up with Spike Lee’s movies but enjoyed none as much as BlacKkKlansman, which stars John David Washington as a black cop infiltrating the Ku Klux Klan with help from his Jewish sidekick Adam Driver, at the same time as he negotiates a tricky conflict of interests with the Black Power activist Patrice (memorably played by Laura Harrier). The real-life footage of the violence at Charlottesville in 2017 brings a funny, sparky movie to a harrowing conclusion.

Richard Adams’s books left a deep impression on me. I wrote my first novel when I was nine, in a long summer spent at my grandmother’s house in rural Essex, and a battered copy of Watership Down was a constant companion.

Black Spring by Henry Miller. He was not the greatest writer I read in my late teens (Joyce, Plath and Beckett left long shadows), and this odd collection is not even his best book. But it came to me at a time when I was ready to be shown what words can do, and I’m still not sure I’ve ever read anything so screamingly full of life.

Pen and paper for deep imagining, usually at the start of a chapter or section. I keep detailed handwritten notes on characters, settings and themes. When I reach a certain momentum I start typing – on a laptop if I’m travelling, and on the same laptop plugged into a big screen when I’m at home. One of the best favours I ever did myself as a writer was to teach myself to touch type; as a result I can type much faster than I handwrite, and when the ideas are flowing it’s the only way of keeping up. There’s something satisfying and beautiful, though, about the sheer effortful physicality of scratching out words on a page. It forces a certain honesty about what you’re putting down in ink.

I’m writing historical fiction at the moment and most of my reading is medieval, a lot of which involves going back to the same sources: Chrétien de Troyes’s Arthurian Romances, The Lais of Marie de France. When you’re trying to capture a very distant world, you need to stay steeped in it, so re-reading is a necessity. As a writer, much of one’s reading is done in search of something or with a task in mind; when I’m just drifting, I’ll re-read the stories of Raymond Carver or the letters of Héloïse.

For villains, nothing in world literature compares to the monsters who are stalking our stage now

A book that affected me deeply recently was Samantha Harvey’s The Western Wind. Set in 1491, right at the start of the early modern period, it tells of how a small English village comes to terms with a suspicious death. The village priest, John Reve, is everything a fictional hero should be: searching, uncertain and gorgeously flawed. For villains, nothing in world literature compares to the monsters who are stalking our stage now. There are good and genuine reasons why some people want the UK to leave the European Union; I don’t share them, but I think they need to be understood in constructive dialogue (just as Edward Platt’s piece in Others tries to do). It shouldn’t help you, at this moment in history, to know that you’re the UK’s answer to Donald Trump, but these are strange times. No literary villain could come close to Boris Johnson in his shameless mendacity, his rabid bigotry, his preening faux-blokiness and his soaringly banal self-interest. The greatest creative minds in history could not have come up with anything more loathsome than that man. You couldn’t make it up.

All the time, when the kids were small. Simply for what they do to foster the next generation’s reading, we should be going to the barricades to stop these essential resources from being cut further. I use them less for my own reading; I have a great university library I can rely on and am always staggering home from Durham with a big bag of obscure tracts.

Not sure if I’ve lied about it in public, but I’ve never read The Woman in White by Wilkie Collins.

Others is a collection of writings about the power of words to help us to understand other points of view. Books seem to offer a particular respite in these grim times, and we’re exploring the idea that it’s at least partly because they help us to see beyond ourselves: to put ourselves in shoes we will never walk in, to live lives we can never live. The world needs more of that kind of understanding, and we want to celebrate how books and writing can help us to achieve it. Proceeds from the book will be donated to Stop Hate UK, which works to raise awareness of hate crime and encourage its reporting, and Refugee Action, which provides advice and support to refugees and asylum seekers in the UK.

Others, edited by Charles Fernyhough, is published by Unbound 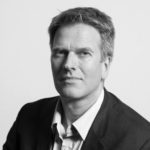 Charles Fernyhough is a writer and psychologist. His non-fiction book about his daughter’s psychological development, The Baby in the Mirror (Granta, 2008), was translated into eight languages. His book on autobiographical memory, Pieces of Light (Profile, 2012) was shortlisted for the 2013 Royal Society Winton Prize for Science Books. His latest non-fiction book is The Voices Within (Profile/Wellcome Collection). He is the author of two novels, The Auctioneer (Fourth Estate, 1999) and A Box Of Birds (Unbound, 2013). He has written for the Guardian, Observer, Financial Times, Literary Review, Sunday Telegraph, Lancet, Los Angeles Times, TIME, Nature and New Scientist, and has made numerous radio and TV appearances in the UK and US, including Start the Week, Woman’s Hour, All in the Mind and Horizon. He is a part-time professor of psychology at Durham University. Further details are available at www.charlesfernyhough.com.
Tags :
Q&A Boris Johnson Donald Trump mendacity Spike Lee