To be or not to be: #deletingFacebook?

By Lizzy Attree
Essay | 9 minute read
Why one writer decided not to, despite the Cambridge Analytica scandal

When I joined Facebook in 2006 I vowed I would only ever use it for friends. I would post personal pictures and connect with those who lived in Japan, Spain, South Africa and America. I would not use it for work, networking or any purpose other than pure silliness and friendship. My entry into it grew out of an email group of old school friends called ‘The Wasters’ – early twenty-somethings in their first jobs who simply couldn’t get through the dullest of days without checking what everyone was having for lunch.

Facebook became the preferred medium for these circular musings and gossip-filled vacuums before any of us really had careers. When LinkedIn arrived in 2002 I used it for work; and in 2006 when Twitter took over, I tried to ignore it before using it for media updates and information about literature from around the world. As of 2010 Instagram landed and Instagramming for me is just, well, aesthetic fun. I am a middle-of-the-road user of Facebook. I have only once posted a kitten GIF. It has all been fairly under control.

Yet, as any regular user of Facebook knows, it quickly becomes addictive, and when I was a bored temp and post-grad student, it could easily consume a few hours of my day. The fact that it is free to use and contains advertising that has increasingly become targeted at individual users was the price I was willing to pay for keeping my global connections – the ability to share Staff Benda Bilili clips and see new baby photos.

Everything has changed since the Cambridge Analytica scandal broke. A number of Facebook friends have declared that they are leaving the social media platform and a ubiquitous hashtag has arisen: #deletefacebook. I have even been invited to a virtual party to #deletefacebook, held in ‘Compli City’ (an imaginary virtual location based on a pun of complicity). But unlike Rihanna fans who en masse decided to #deletesnapchat, I won’t be leaving Facebook.

I post far less about my second child and use the platform more to post queries, ask questions and check in on (stalk) other people than I do to showcase my own life.

Why don’t we all leave Facebook?I asked this question (ironically) on my Facebook profile and received the usual answers: ‘We have all sold our souls to the devil,’ ‘Facebook is a tool that can be used for good or bad,’ ‘What’s the alternative? Modern life is so rubbish,’ ‘You have to be the modern equivalent of a Luddite to resist the possibility of Facebook,’ ‘People want a community they can’t have and Facebook is the simulacrum of the alternative,’ I have to credit my Nigerian friend Donald for many of these. He should be credited for posting the most messages on Facebook I have ever seen.

I see myself as a soft-user of Facebook; that is to say, I have definitely reduced my usage over the years. It soared after I had my first child in 2011, but dipped as he got older when I realised I was posting his whole life on Facebook. I also had a miscarriage in 2014 and realised that not everyone wants to be bombarded with the perfect, happy families images that make us all look so golden on Facebook/ social media platforms.

I post far less about my second child and use the platform more to post queries, ask questions and check in on (stalk) other people than I do to showcase my own life. In my thirties, as my work-life/ career also got more serious, I realised I had to be far more careful not to befriend people I worked with, and I also consciously reinforced a particular rule I made about not friending people I hadn’t met in person.

However, a number of things happened: the line between friends and colleagues got increasingly blurred; I reached forty; I started listening to my mother a bit more, and I decided to be more guarded about swearing and also about making bold political statements (although I reserve the right to call Jeremy Hunt a c**t and say anything I like about Boris Johnson). In the light of these realisations, showboating became less important because as we (the middle-class left-wingers, writers and artists) realised after the 2010 and 2015 elections, we are speaking to ourselves and listening inside a bubble. Preaching to the converted has never been so easy and never has it been so dangerous either.

I also noted after setting up house and having children that all the advertising I saw online had become a lot more spooky in its targeting of my tastes and attempts to sell me desirable goods. Seconds after searching for sofas on Google, the cookies that track us online would spew up sofa adverts on my Facebook newsfeed. After giving birth to my second child, I received numerous ad-flashes about weight loss and losing tummy fat that could only be linked to my gender, my age and the pictures I was posting from the hospital. Swimsuit adverts followed my every move, and bedside lamps became inescapable. Strangely, no one has tried to sell me books, even though books are probably the object I consume the most. Adverts for Amazon do appear, though trailers for films and charity donation requests are abundant.

Perhaps we are just fooling ourselves that we are invulnerable to the influence this technology now has over us. We are already inside the trap and cannot see our way outside of it

Just as we, the general public, do not appear to object to the increased surveillance of our lives through CCTV, neither do we seem to object to what has now been revealed to be extensive mining of our personal data and identities through Facebook. The fact that this information can be used to sell us goods was prefigured in films like Minority Report (2002), in which adverts on public transport would speak directly to each individual, recognising their identity and becoming instantly tailored to their needs as a potential consumer. And the fact that this software has been used to help sway elections should not be a surprise, but that idea is far more sinister, particularly in a world that has brought us Trump, Putin and Brexit. Whereas we cannot easily escape the mass surveillance of CCTV, we can vote with our feet and leave Facebook. Many people are protesting, deleting their accounts and disabling the app. FB share prices have plummeted as a result, but many remain.

So why does none of this mean that I will leave Facebook? My political principles, my secondary-school knowledge of Big Brother from 1984, and my hatred of the commercialisation of modern lives all suggest that I should be among the first to leave. And yet I haven’t.

Is it that we think we are smarter than Facebook? Or that we are smart enough not to be entirely sucked in by its advertising, by its targeted marketing, by the narrowing of our viewpoints? After all, aren’t these the same fears generated when radio first appeared, or when television became widespread? We know our media is being manipulated, but we read around it, we stay informed and we keep our critical eyes and ears open so that we don’t fall into the trap of believing what we’re being fed. We train ourselves to resist advertising: we’re so used to it, what difference does it make? We live in a capitalist society and I live within my means – I don’t buy everything I see appearing on my Facebook page; perhaps I am particularly resistant because I don’t have a lot of cash to spare. 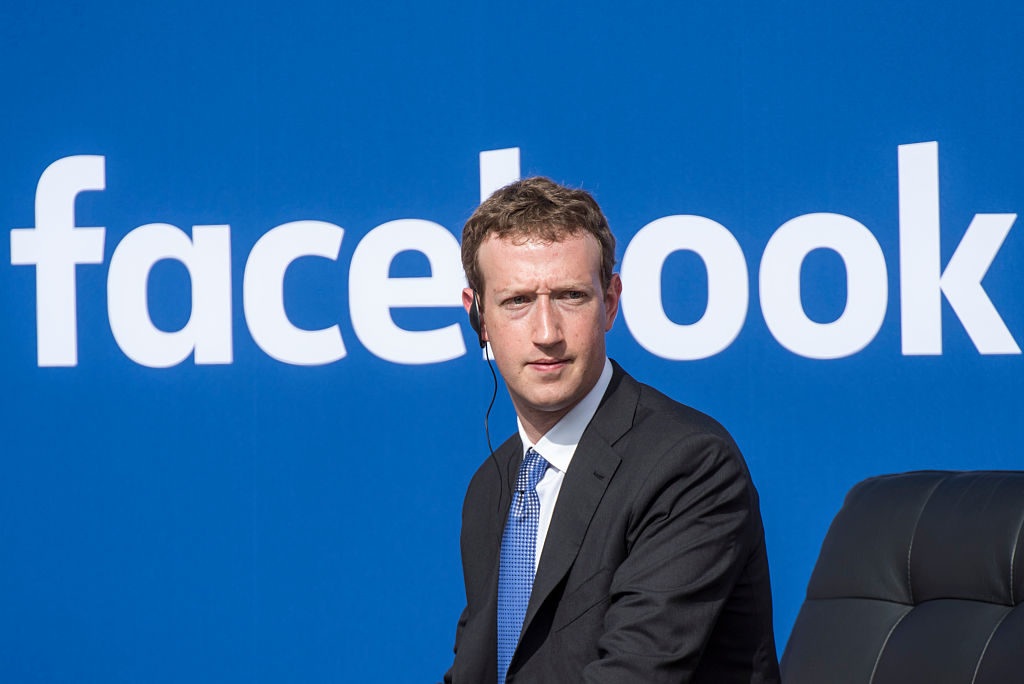 My ubiquitous Facebook-posting friend Donald has recently asked: ‘Do choice and agency still exist? Or is Facebook the matrix reloaded?’ Perhaps we are just fooling ourselves that we are invulnerable to the influence this technology now has over us. We are already inside the trap and cannot see our way outside of it, in a Truman Show-style illusion.

There is a paradox within the ‘buying in, opting out’ logic of my generation. We can have the occasional McDonald’s meal, for example, without feeling entirely hypocritical of our stance against industrial-scale farming and the poor nutrition in the food itself. The packaging has changed from polystyrene to cardboard and at least we don’t eat it every day or every week – right?  We ignore the fact that Pret a Manger, a supposedly healthier alternative, was once part owned by McDonald’s, ‘just as we continue putting petrol in our cars while dutifully doing our recycling as the Arctic ice caps melt.

‘At least I don’t subscribe to Sky TV,’ we say to ourselves, ‘or buy the Daily Mail.’ When we’re in the airport to fly to Kenya or Germany, we remind ourselves how we’ve offset the carbon for this longhaul flight so… Perhaps this is a kind of matrix for the consumer in which we have limited choices so when we see all that is wrong happening around us, we simply measure ourselves against the best and worst of those choices. When we find ourselves somewhere in the middle, we think that we’re not doing all that badly.

Even if I did decide to leave Facebook, that is only part of the problem, isn’t it? The left has always highlighted the interconnectedness of everything. Sustainability means that we have to make choices and to make do with less. However, we disconnect our choices from the impact they have in the real world, and we keep allowing powerful forces to reduce us to ‘one individual’ and our family, and we fail to recognise our own agency. Many of us know, for example, that cobalt is mined by children and used in our mobile phones, and yet despite this interconnectedness of the world nestling in the palm of our hands, we do not do anything to correct such injustice. We simply carry on buying, and using, our phones.

Perhaps this is a failure to recognise an opportunity, presented by technology, to bring about change by connecting with others. These social media platforms allow us to connect with like-minded individuals around the world – can we use them to strengthen civil society? Or is that simply fuelling a click-happy generation who sign petitions online but don’t follow up with donations or feet on the ground at ‘live’ protests? The Arab Spring was meant to have been facilitated by groups on social media – what if I miss the next revolution because rather than being televised, it’s on Facebook? What if I could live without Facebook, if it’s all connected, could I live without email (whether Hotmail, Yahoo! or Gmail – who also have access to our supposedly private communications)? Could I live without my smartphone? Could I live without the internet? 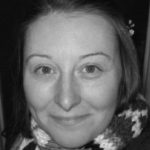 Lizzy Attree has a PhD from SOAS, University of London. Her collection of interviews with the first African writers to write about HIV and AIDS from Zimbabwe and South Africa was published in 2010. She has taught at Rhodes University in South Africa and Kings College, London. She was the Director of the Caine Prize from 2014-2018 and is the co-founder of the Mabati Cornell Kiswahili Prize. She is currently a Director of Short Story Day Africa, as well as a freelance writer, reviewer and critic.
@LizzyAttree
Tags :
Essay Facebook

How Dorothy L. Sayers’ combination of food and murder makes me feel better about the world

Sophie Ratcliffe on the messy autobiography of books by her bedside