TC: I tend to write at home (listening to music – instrumental, vocals can be distracting). I usually find that I write a first version and then leave it for a while – using the time to think about it and (hopefully) get ideas for changes and improvements. In a curious way it is in your subconscious and enables you to think about it when doing other things.

NC: I have an office at the front of the house, which is pleasantly distracting: the view outside – of a moderately bustling thoroughfare in South West London – is busy enough to be interesting, but not so busy I spend my entire time staring out the window. In it, I am surrounded by all the books I need and/or love. Something between what I have now and Roald Dahl’s writing shed, though, would be my ideal. One day . . .

TC: The last really good book I read was by Madeline Miller – The Song of Achilles – a very imaginative and evocative re-telling of the story of Achilles. Also in Greece (coincidentally), the other book which I very much enjoyed recently is by Leo Kanaris – Dangerous Days – the third book in the series of stories about the Greek detective George Zafiris navigating his way through life in contemporary Greece. The best theatre production recently was Downstate (NT/Steppenwolf) – an incredible piece of writing about one of the most difficult subjects of all; and it was brilliantly produced and acted. I also really enjoyed Mouthpiece (Traverse/Soho/HighTide) last month.

NC: Being a writer, I am always researching something, so it’s rare that I’ll read fiction. I just read – for enjoyment – Big Week by the Second World War historian James Holland and really enjoyed it. I am currently reading McMafia by Misha Glenny – it’s excellent. My next book is a thriller – and I love a good thriller – one that’s both psychological and (if it’s crime fiction) compellingly procedural. There is nothing to beat Thomas Harris’s Silence of the Lambs, in my opinion. I saw Network at the National last year and loved it. My favourite movie is The Right Stuff.

TC: In my teens, I had two main bursts of focused novel reading – the existentialist French novels (Sartre, Camus) and the ‘search for the great American novel’. The books which affected me most were The Plague (Albert Camus) and Soldier’s Pay and Absalom, Absalom! (William Faulkner). As a child, the outstanding book – apart from Winnie-the-Pooh (A. A. Milne) – was Babar the Elephant (Jean de Brunhoff).

NC: When I was six or thereabouts a book called The Princess and the Goblin by George MacDonald made an enormous impression – Lord of the Rings before Lord of the Rings, kind of. As a teenager, it was The Day of the Jackal by Frederick Forsyth.

TC: I was led to writing the book mainly through the desire to tell a particular story (of my mother and father in Second World War Italy). In terms of books which inspired my interest in the personal history of war, the most influential were probably Goodbye to all That (Robert Graves), Memoirs of a Foxhunting Man (Siegfried Sassoon) and The First World War and Modern Memory (Paul Fussell). In later life, I was very affected by reading First Light – Geoffrey Wellum. The book is an outstanding personal memoir of what it felt like to be the youngest fighter pilot in the RAF during the Battle of Britain.

TC: Although with my age – and limited typing skills – I ought to say pen and paper, in fact I found that writing on a laptop worked better – partly because it is easier to change what you have written (and try ideas out).

TC: My father was a truly voracious reader and he would always use his summer holiday to read novels again – mainly Hardy and Tolstoy. I feel that I don’t read enough and so re-reading seems an excessive luxury. Having said that, I do occasionally re-read history books (reminding me of what I’ve forgotten).

NC: No, definitely not too short. I have some favourites. When my thriller-writing mojo gets flat, I’ll pick up Robert Harris’s Fatherland or Thomas Harris’s Silence of the Lambs. I’ve read them both several times.

Not all heroes are over-endowed with intellectual acuity and Baldrick doesn’t allow this to hold him back and, at the very end, he comes through with true courage

TC: My best fictional hero is Baldrick. Not all heroes are over-endowed with intellectual acuity and Baldrick doesn’t allow this to hold him back and, at the very end, he comes through with true courage. I did also think about the Saint – a man who never behaved badly and dealt with villains with true post-war charm. My best fictional villain is Iago – a masterpiece of a complete villain if ever there was one. His character is clear from the outset – driven by jealousy, ambition and perhaps other things – although he seems to manage to disguise this from most people (except his wife).

NC: Henning Mankell’s Kurt Wallander is as close to a perfectly rounded, believable (and flawed) character outside of classic fiction I can think of. As for villains, it’s hard to beat Dr Lecter.

TC: Eighteen months ago – but I’m embarrassed to say that it was because it was the place where the local authority distributed parking permits. The last time I used a local library for its real purpose was when I was in my teens.

NC: Too long ago, I’m ashamed to say.

TC: Quite a few I’m afraid to say! When I was at school, there was a wonderful series called Classics Illustrated, where the stories of the great classics were re-told in comic-strip form. Now (sadly) long disappeared, it resulted in me knowing a number of these stories – so enabling me to ‘suggest’ that I may have read the book. The series included the novels of Robert Louis Stevenson (which I largely did read subsequently) and the novels of Walter Scott (which I have often tried but failed to read).

NC: Something I was forced to read at school, probably – only I can’t remember what it was. I’m sure I would have got punished for it, too.

Finally, what’s the elevator pitch for your book?

TC: Love in a time of war – a son’s journey to uncover the unknown story of his parents in wartime special forces in Italy. (Monopoli Blues).

NC: As my co-author, Tim Clark, will talk about our book, Monopoli Blues (which is about his search to uncover the story of his parents’ secret life in wartime special forces), I’ll say a brief word about mine – a thriller published by Transworld/Penguin/Random House that’s out this November. It’s called The Grid and is a warning of sorts: what happens when surveillance technology gets inside your head . . . I’m currently writing the thriller that comes after it.

Monopoli Blues by Tim Clark and Nick Cook is published by Unbound. 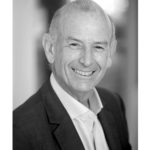 Tim Clark spent a large part of his career working as a lawyer at one of the world's leading firms, specialising in mergers and acquisitions and corporate work, and ultimately becoming Senior Partner. Since retiring as a lawyer, Tim has taken on board positions in a number of corporate, arts and charitable organisations, and senior advisory roles at a number of international think tanks. He lives in London with his wife, close to their two sons. 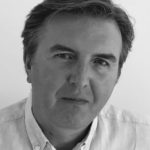 Nick Cook is an author, journalist, broadcaster and entrepreneur. In 1986, he joined the world-renowned Jane’s Defence Weekly as a reporter, rising quickly to become Aviation Editor, a position he held until 2005. His first novel, Angel, Archangel, was published in 1989 to critical acclaim. Cook’s first non-fiction title, The Hunt For Zero Point, followed in 2001, reaching Number 1 in Amazon’s non-fiction charts. He has also written, hosted and produced two documentaries about the world of aerospace and defence – Billion Dollar Secret and an Alien History of Planet Earth. He lives and works in London with his wife and two children.
Tags :
Q&A Baldrick classics Robert Graves Second World War WWII